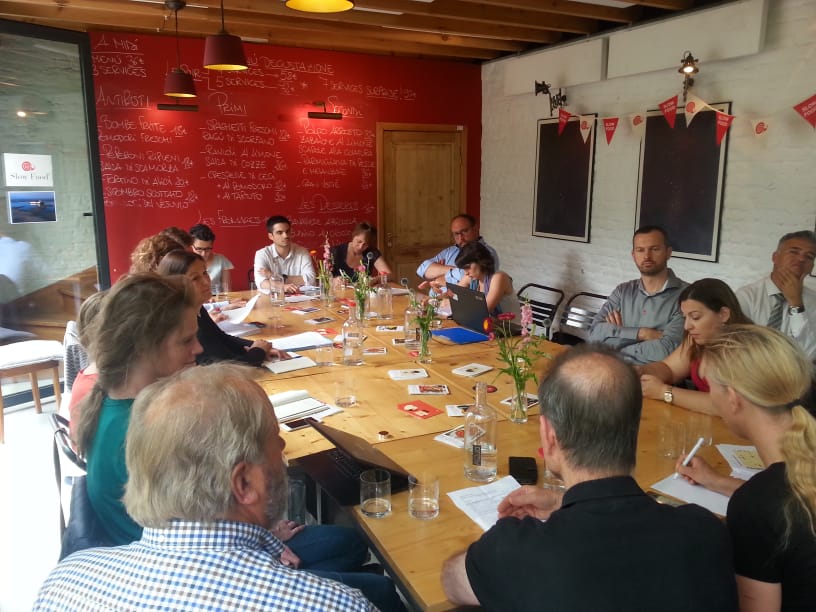 On Monday 9 July, marking the EU’s ‘Fish Dependence Day’, fisheries experts, including EU officials (DG MARE, DG Environment, the European Maritime and Fisheries Fund, and FARNET), together with other representatives from Our Fish, LIFE, Pintafish, Climaxi, Goede Vissers, the French Permanent Representation to the EU, and fishers and fishmongers from the Slow Food network, came together in Brussels for a roundtable discussion on fish dependence and the gaps, challenges, and barriers for the implementation of the CFP for small-scale fishers in Europe.

The Fish Dependence Day (FDD) is the calendar date when a country will begin relying on fish from elsewhere because its domestic supplies have been depleted. While it has been a way to promote awareness on the over-exploitation of fisheries, Slow Food believes the FDD measure can often be misleading and inaccurate: due to the globalised fisheries supply chain, for certain fish species, fish dependence begins on 1 January each year, while for many underused species the year goes by without crossing that threshold, or even coming close. As the moderator Brian O’Riordan, Deputy Director from LIFE put it: ‘the issue of fish dependence is much more complex’.

During a 2-hour exchange, participants discussed policy issues, production models, governance models, and the role of discerning and informed consumers. While the Common Fisheries Policy (CFP) was considered a step in the right direction when it comes to the EU fisheries legal framework, numerous challenges originate from the EU policy, for instance its promotion of aquaculture, while there are also issues deriving from its limited implementation in practice. 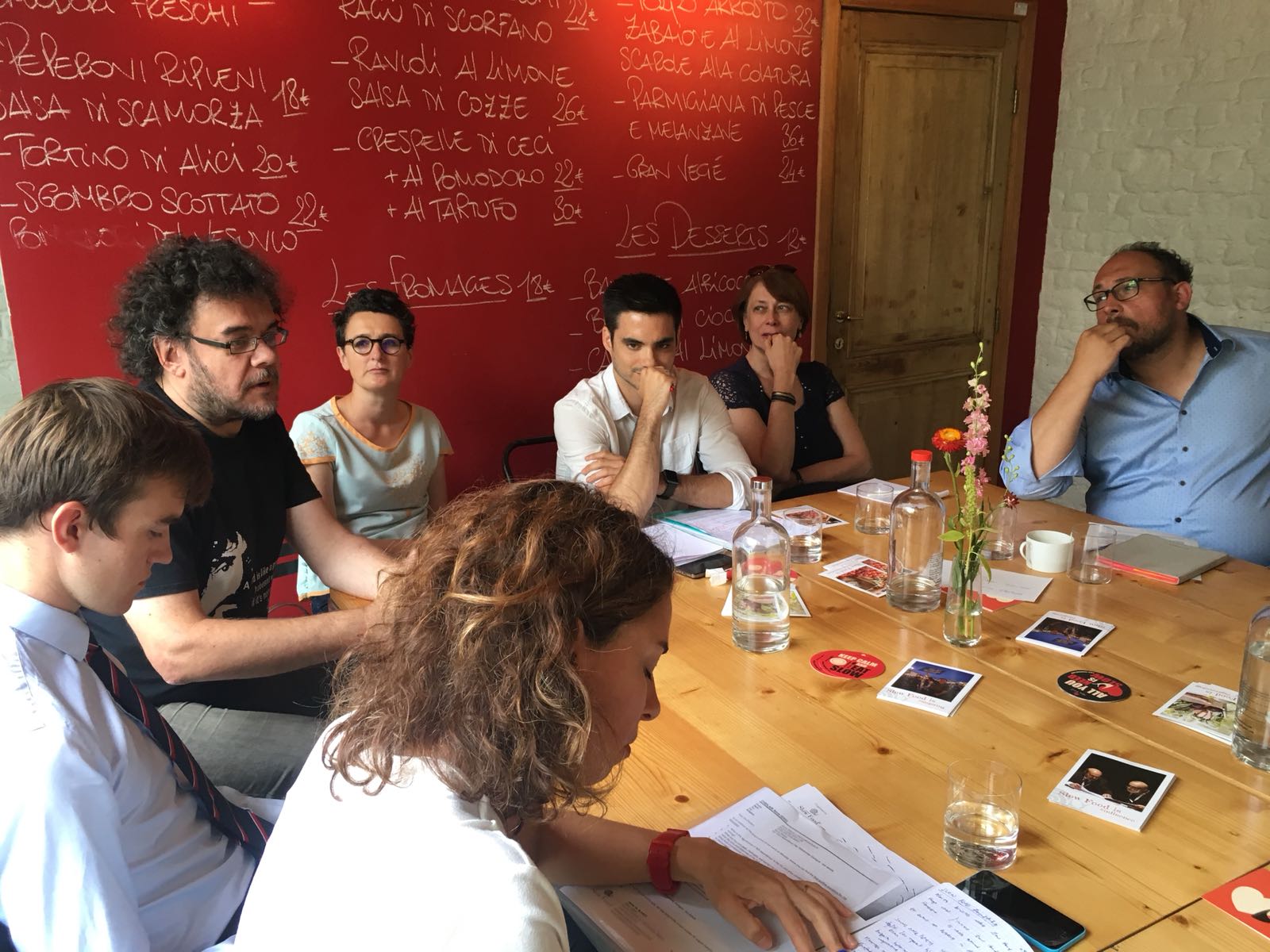 Frederieke Vlek, Netherlands campaign coordinator at Our Fish: ‘if we don’t enforce the landing obligation with proper monitoring and control, both the overfishing and landing obligation objectives are at risk of not being implemented in practice, which could have severe consequences especially for the vulnerable by-catch species’.

Barbara Rodenburg-Geertsema, producer coordinator from the Slow Food Wadden Sea Presidium: ‘I really dislike when people bring to wild waters species that do not belong there. If you want to do aquaculture, do it in land, and do it clean, but do not interfere with the natural environment’.

The conversation then moved to the different governance systems that enable fairer and more productive fishing, and how to make consumers more aware and discerning. Most of participants highlighted that ethically-driven governance systems are key, and that we have to change our fish consumption patterns towards more diverse, seasonal, and local fish. 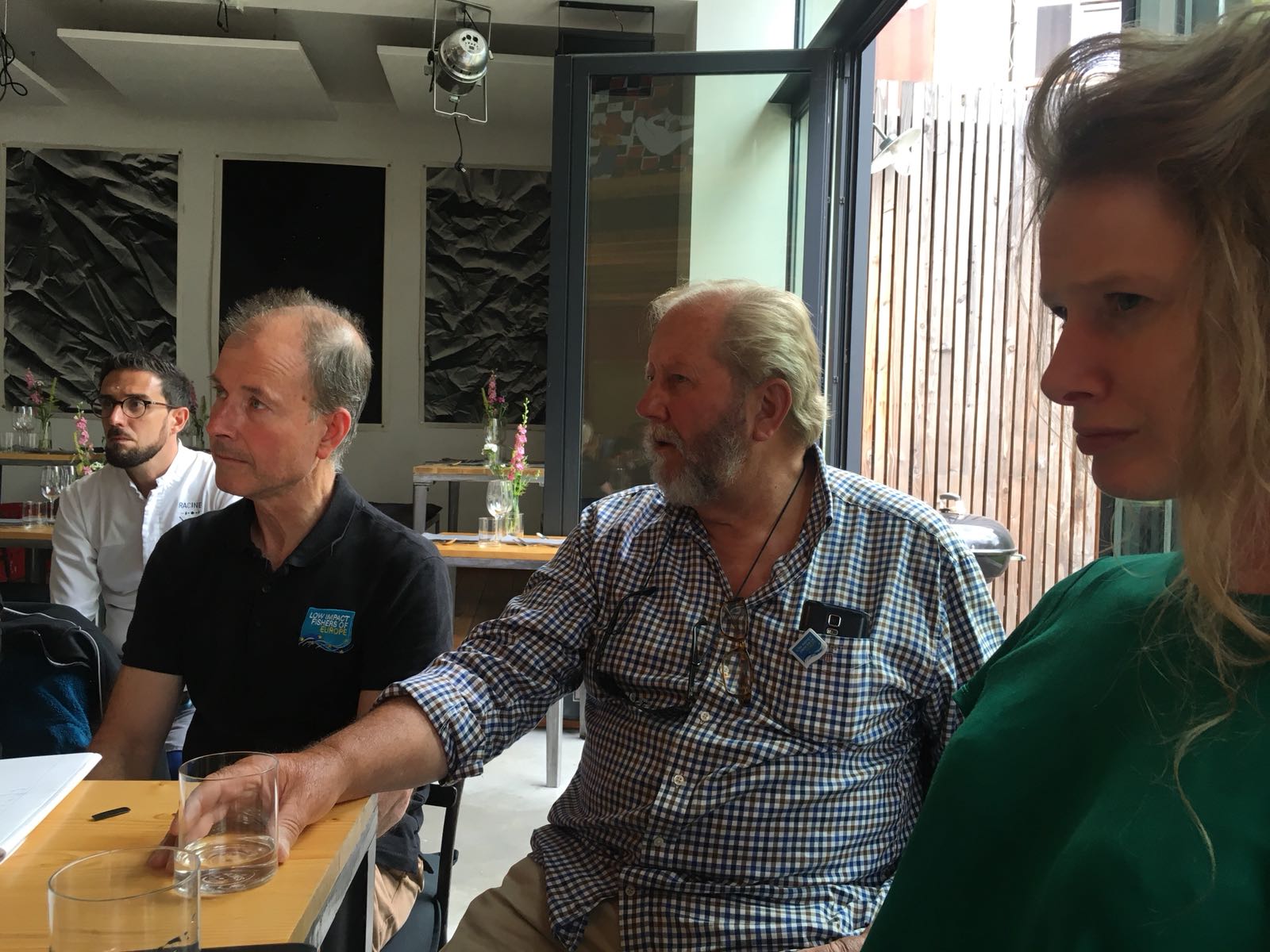 Filip de Bodt, from Climaxi: ‘let’s be aware, and not be disconnected from the food that we eat. Many times, when there are controls over labelling, contamination has taken place. We have to work together with real people instead of pasting labels on food. As long as you have a monopoly over fish auctions, you will never get any sustainable fish on your plate’.

Barbara Rodenburg-Geertsema added: ‘the model we need should be all about relationships: when we realise we are part of this planet and it’s the sea that feeds us, its clearer for people that they need to get closer to the coastal communities, getting to know less known species’. 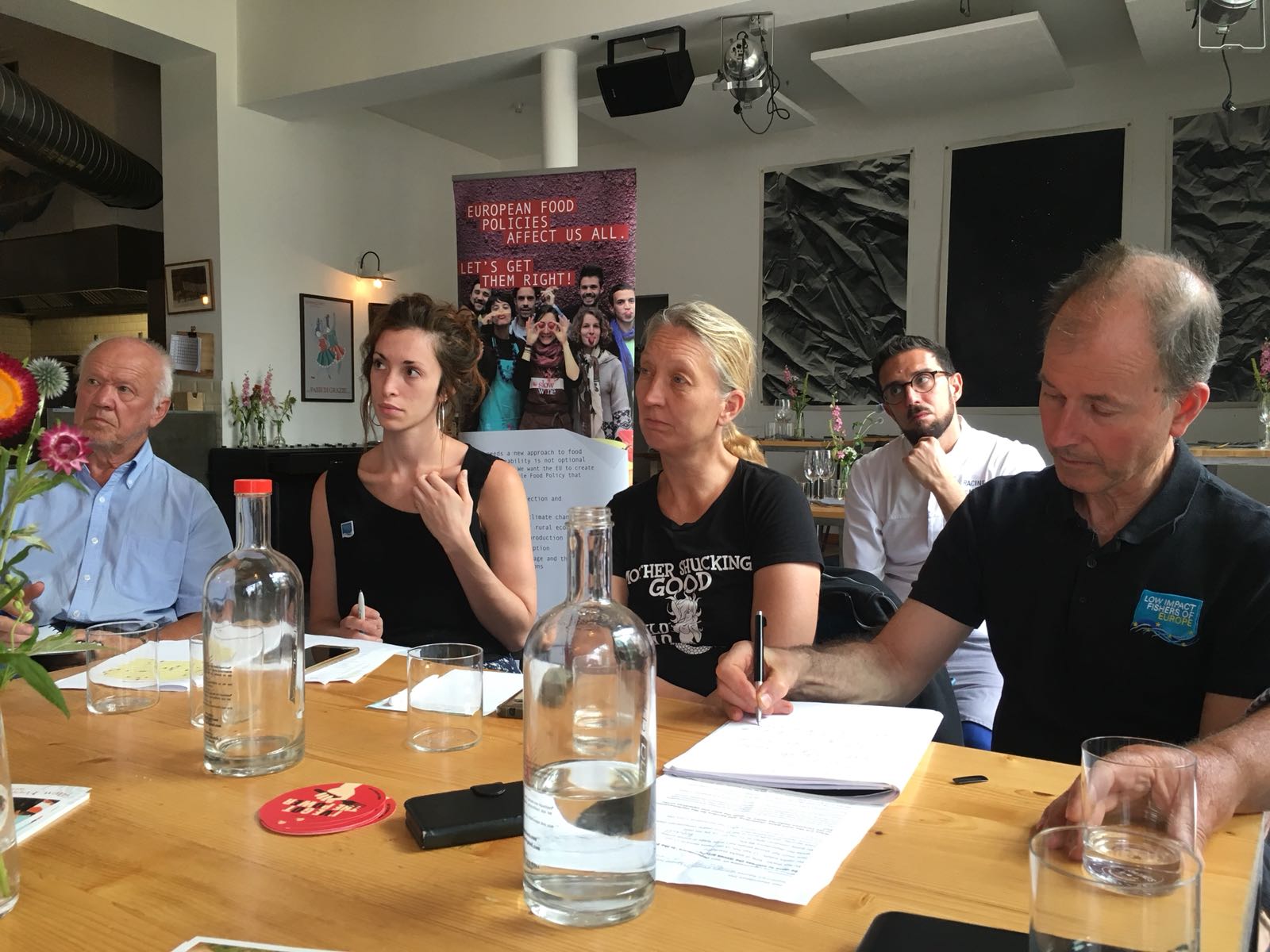 Slow Food supports artisanal and responsible fishing and the communities that depend on it. Artisanal fishing involves working the oceans, seas and lakes of the world, only species that are not overfished, fished all along the trophic chain, fish caught in the righ season and at the right size​  using selective techniques, and seeking to maintain a strong cultural identity and traditions. Fish must be caught using techniques adapted to their habitat, techniques which do not cause permanent damage to the environment and avoid bycatch and discards as much as possible. Artisanal fishers safeguard a deep and irreplaceable wisdom about fish stocks. Unfortunately, the reality is very different: industrial fishing is the norm, and artisanal fishing the exception, and not the other way around. Artisanal fishers are not receiving enough support from institutions to carry out sustainable fishing and earn a decent livelihood, Many small-scale fishers are perceived by many as outliers: they are discriminated against and poorly understood.

Slow Food has been working on sustainable fish for many years, with the aim of raising awareness and developing projects to support responsible artisanal fishing communities through the Slow Fish campaign and the biennial Slow Fish fair in Genoa. 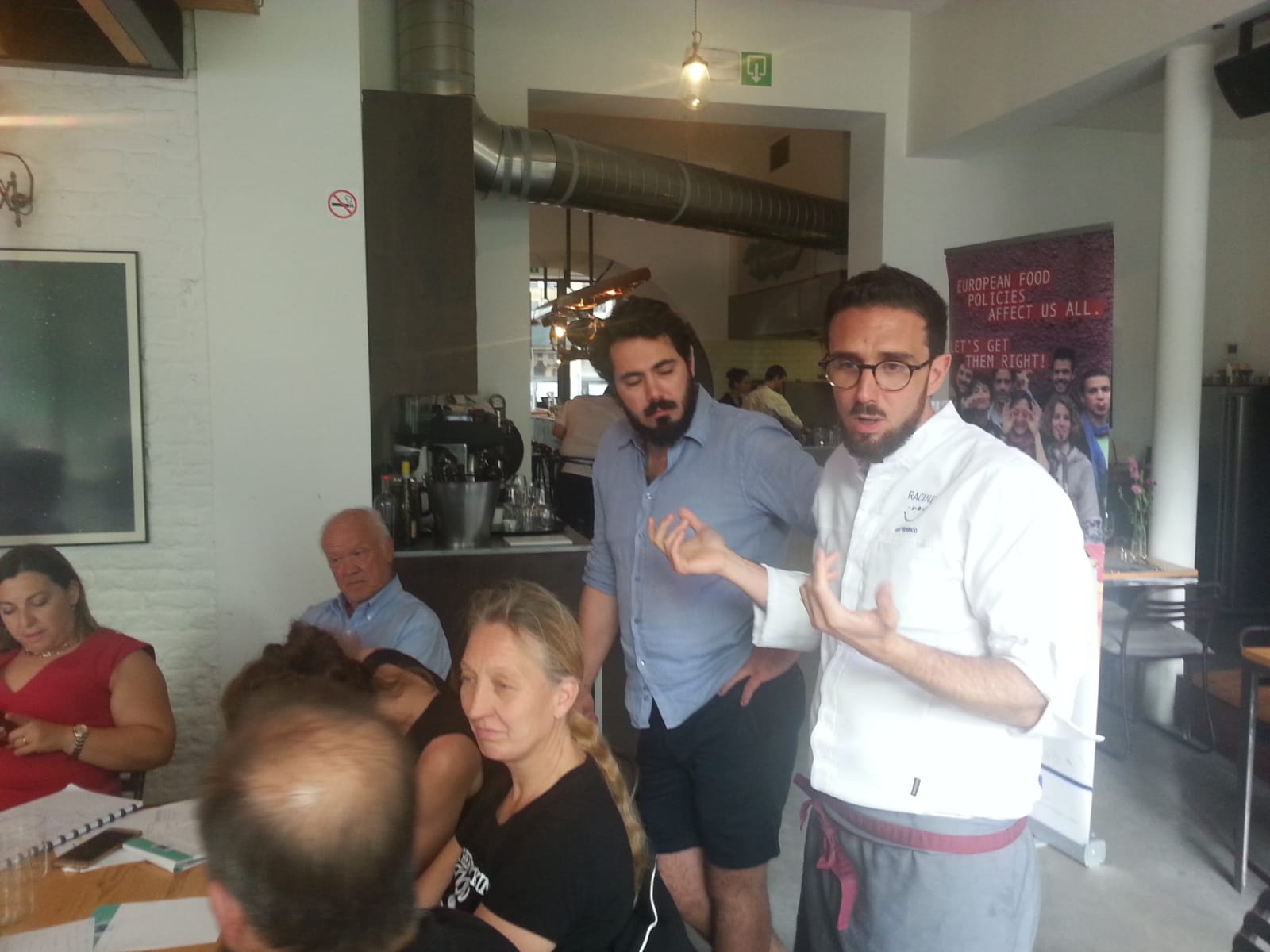