The course in Eco-gastronomy, Culture, and Sustainability in the Current World was carried out during the first semester of 2021, part of the project “Alimento da Alma”, created by the Municipal Edict of Occupation and Dynamization of Cultural Spaces, which aims to foster dialog between culture and gastronomy. The course is delivered with the assistance of the municipal government of Salvador de Bahia, and help from the Gregório de Matos Foundation.

The program was attended by 30 participants, young and adults from different regions of Brazil, between 19 and 69 years of age, who had shown great interest in the subject of the course and had already previous knowledge of gastronomy or nutrition. 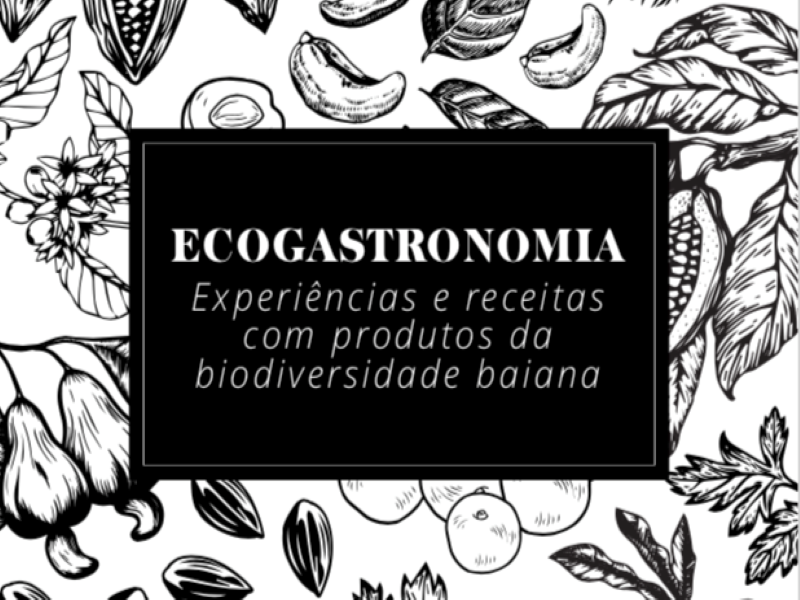 After planning for nine months, the course became a reality. The program was divided into 42 classes that were taught twice a week during the evenings. About 60% of the sessions were given by members of the locality and activists of the Community of Slow Food Alguidá Eco-gastronomy and Real Food for Everyone.

During the program, 13 products listed in the Ark of Taste were presented, and five lectures were held to address different topics that are important for the movement, including Slow Fish/Artisanal Fishing, Terra Madre and traditional indigenous food, the role of the Slow Food Brazil National Association, and the history of Slow Food in the state of Bahia.

The variety of the activities within the course allowed the students to participate in classes with two chefs who are part of the Slow Food Chefs Alliance and a former student of the University of Gastronomic Sciences (UNISG). They also saw the presentation of four possible new products for the Ark of Taste (cacti, banana godó, fermented products, pork meat, goat breeds), and attended the lectures of two nationally renowned guests, professors Raul Lodi (Museu de la Gastronomia Baiana) and journalist and expert presenter Josimar Melo (Terroir Brasil/Food Connection).

The broad variety of topics discussed included pesticides, agroecology, food erosion, and food sovereignty, hunger, rural youth, the climate crisis, and the seasonality of food. Also, it was important to present the five experiences of direct sale of good, clean, and fair food from family farming and agrarian reform that exist in the city, as well as cultural activities of music, theater, dance, and poetry related to food and the construction of the electronic book Eco-gastronomy: Experiências e Receitas com Produtos da Biodiversidade Baiana, which has been available since September.

The methodology of the course was based on popular and rural education for youth and adults, starting from the principle of acquiring knowledge and the need for a critical and activist attitude as students, food professionals, and citizens. Emphasizing the precept that there is no hierarchy between the countryside and the city, but a complementary relationship between them.

After considering these assumptions, a collective understanding was consolidated on the origin of food and the role of family farming, traditional communities, and agrarian reform settlements, as the producers of the food on our tables. These families, in addition to being food producers, are generators of culture and art, inseparable elements in their daily lives.

The classes were held under the principle of dialogue and mediation between the reality of the students (urban), that of the producers (rural), and the principles of Slow Food. The main elements presented by Slow Food were: an approach between producers and consumers in the city, a critical reflection on our food choices for life and for the planet, respect for the seasonality of food, and the need to eat locally produced ingredients.

The discussions included the approach to combat the impact of the use of agrochemicals, the influence of food on the climate crisis, universal access to good, clean and fair food, the defense of people and their territories as guardians of knowledge, recipes, ways of cultivating and the protection of our rich biodiversity.

The members of the Slow Food Presidia and Communities found in the course a space to disseminate their knowledge, as well as to promote and market products as a form of recognition of the work they do in the territories.

As a result, the participants finished the course with a critical awareness applied to the Slow Food methodology in the world, and many are already hands-on working with the movement in Salvador.

The classes and the preparation of recipes had a great impact on the students’ way of perceiving food, contributing to the expansion of the gastronomic diversity that characterizes the state of Bahia.

At the end of the course, an evaluation form was sent to the students, were 84.6% of them responded that the course had exceeded their expectations. In addition, all students showed interest in continuing the course.

We are currently waiting for a new public call, so that in 2022 we can carry out a second group of the course and we hope to reach a wider and more diverse audience that will make eco-gastronomy a practice of planetary transformation in our city, strengthening the Slow Food values.