Archive » Finland: “The ground is sinking and disappearing.”

I’m Tero Mustonen, a fisher and scientist. I work throughout the Arctic, in the north of the world, where the impacts of climate change are the most obvious and severe. Since 2000 I have led the Snowchange Cooperative, a non-profit group started in North Karelia, in Finland, and made up of around 2,000 representatives of indigenous Arctic peoples: Eastern Sámi, Chukchi, Yukaghir, Sakha, Evenk, Even, Inuit, Inuvialuit, Gwitchin. Together we are working to stop the effects of climate change, starting from traditional fishing techniques and using the wisdom of indigenous peoples. We work with the United Nations and with many international research groups around the world who are studying global warming’s causes, effects and solutions.

Thanks to Snowchange and with the support of Slow Food, finally these small indigenous communities are rightly able participate in a debate that concerns them directly and from which they have long been excluded. 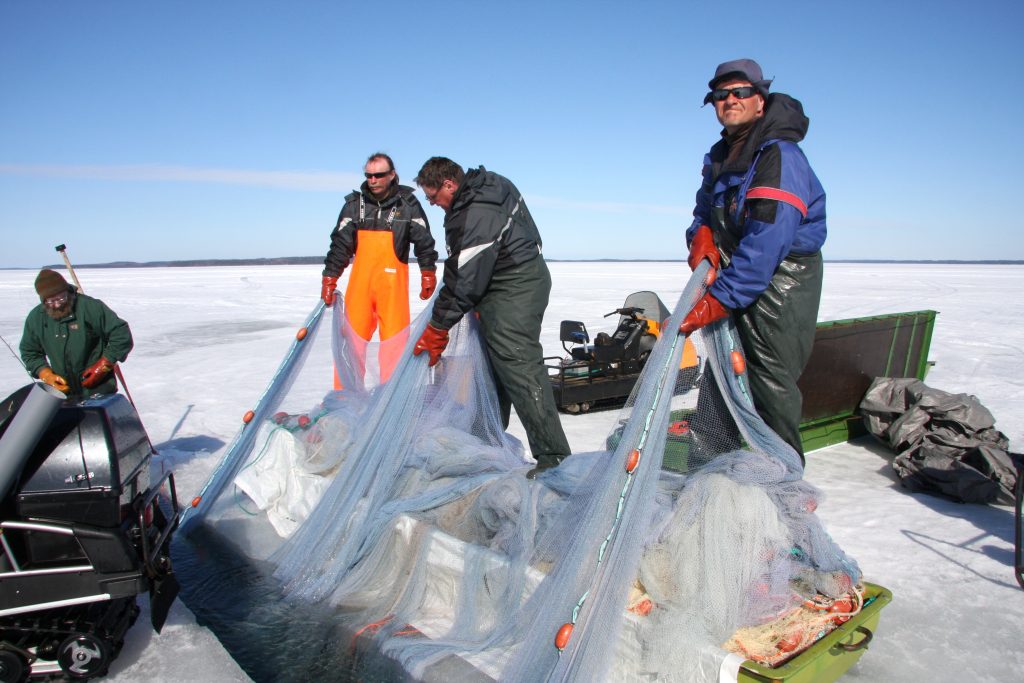 And yet we are still struggling to make people understand the urgency of the serious crisis we are facing: Climate change is real, it’s advanced, and we are witnessing it every day, particularly in the winter. The communities in North Karelia mostly practice ice fishing. Until recently, ice would form by November and stay until May, ensuring a fishing season of six months. Now the ice doesn’t come before January and disappears by April, and in the worst seasons we have had to wait until February and could fish only until March. What’s more, the warm Atlantic currents are breaking up the ice cap, putting the fishers in danger: This year one of our fleets lost precious equipment and the crew risked losing their lives. In Yakutia, a region in the northeast of Siberia, we can see the permafrost melting with our own eyes: The ground is sinking and disappearing. The rising temperature is the most serious problem that humanity is facing. We need help for the communities, but we needed the help already ten years ago.

With Slow Food’s help we are working to spread this message by every means possible and most of all to show how important it is to involve indigenous communities in the fight against climate change. We need to bring back the authority of traditional knowledge, thanks to which we are restoring several lake and river systems to improve their resilience. It’s the only way to resist the erosion caused by the changing climate. Our communities need all the support possible to survive and preserve their unique ways of life intact in Finland, Siberia, Canada and Alaska. The salvation of all of humanity is at stake.