The Fall armyworm, so called because it migrates into North America from warmer climes in the autumn (fall), is causing major damage to crops in Africa, and could spread to Europe and Asia. According to a report by the Centre for Agriculture and Biosciences International (CABI), it may become a “major threat to agricultural trade worldwide”.

The pest is native to the Americas, and specializes in one particular crop: maize, also of American origin, but now planted more widely across the world than any other crop. The extent of intensive maize monocultures facilitates the spread of such pests, and ends up affecting all farmers, industrial and small-scale.

Indeed, farmers in the Slow Food network in Africa are already suffering. Caesar Katebe of the Zambia Alliance for Women told us that in December 2016 the government had declared the ravaging of corn fields by armyworms a “national disaster”, greatly affecting food security. “Despite having used three different types of pesticides over this period it appears that none of these pesticides that Government is providing are effective … these pests have become resistant to these chemicals.”

In neighboring Malawi, Slow Food national coordinator Manvester Khoza told us that despite government intervention to contain the outbreak “it has already affected the farmers and definitely will reduce their yield”.

Further north, in Uganda, Slow Food Vice-President Edie Mukiibi describes the situation: “The pest has been an observable problem since the second half of 2016, and this year it has become a serious threat, mainly in maize-growing areas. Of course, maize is distributed throughout the country, but the most affected districts include those where there are large maize plantations like Kasese in the west, Bukedea in the east, Kayunga, Mityana and Kunoga among others. To date, the armyworm has been reported in 34 districts out of 112 and continues to spread day by day. I have no doubt that the spread of the Armyworm has been favored by the long dry spell Uganda has experienced from mid-2016 to the first quarter of 2017. But the extension of commercial maize monocultures, even on small-scale farms, has played a significant role in allowing the Armyworm to torment Ugandan farmers. From what I’ve seen, on small farms where maize is intercropped with many other crops and a clear rotation system is observed,  the effect has been much smaller than on larger farms where maize is grown in isolation. Even when they have tried to spray chemicals to contain the problem, the loss is clearly enormous.” 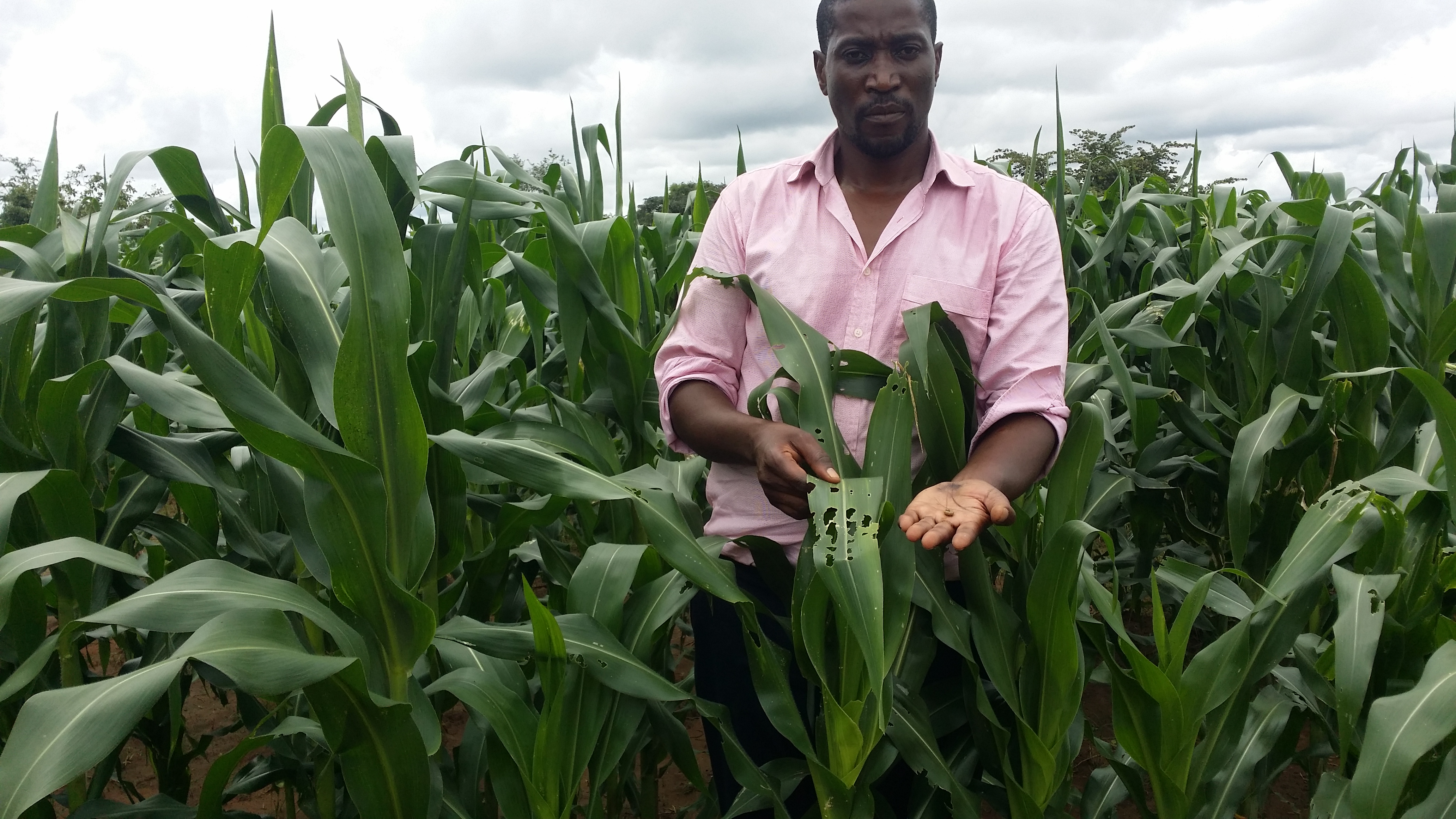 Francesco Sottile, Professor of Agrarian Sciences at the University of Palermo, believes that the underlying motive behind the accelerating diffusion of the pest “cannot be otherwise attributed than to a reduction in biodiversity and the domination of monocultures, by which we mean not just the intensive cultivation of a single species (maize), but more frequently, of a single variety of that species (hybrid or GMO).”

Of course, we are destined to lose the arms race against pests. In fact, the corporate scientists constantly developing new pesticides already know that, and benefit from it financially. But as the pesticides evolve, so do the pests, becoming naturally resistant over the course of generations, which for most pests are much shorter than our own. So while African governments’ decision to distribute pesticides may be seen by a lifesaver to many farmers, we must be aware that these are short-term solutions subject to the law of diminishing returns.

Slow Food believes that the solution to the problem lies in acroecology: that means integrated pest management and polyculture instead of monoculture, and no GMOs. Morally bankrupt corporations would have us believe that only by cultivating industrialized, genetically-modified monocultures will be able to feed the world. But in a system that puts profit before people, even if the technology were there, the true objective of that food system is never to feed the world, but only to feed shareholder expectations. Indeed, it is that very same food system which is putting our food security at risk, as this latest episode shows.

With celebrations around the world, the Lunar New Year brings the spirit of renewal. Streets dressed in red and gold to signify the energy of a fresh start following the journey of the moon. January 25 commemorates the start of the Year of the Rat, the first animal in the 12-animal zodiac cycle according to …

Slow Down for Meatless Monday with Brabant Grey Buckwheat Crêpes

Few ingredients trigger such strong emotions as buckwheat. At a recent discussion at the Archestratus Books in New York City, famed cookbook author and culinary instructor Sonoko Sakai and visionary grain farmer Glenn Roberts of Anson Mills are in violent agreement that most of us who purchase buckwheat seeds and milled grain are not getting …

WORK ON THE 8TH SLOW FOOD INTERNATIONAL CONGRESS IS UNDERWAY

Slow Food joins the ECI “Save Bees and Farmers”

As the decline of bees and pollinators has been a growing concern around the planet, Slow Food has joined a Europe-wide campaign aiming to ban pesticides, transform agriculture, save bees and conserve nature. Over the last weekend, Slow Food along with partner organizations presented the European Citizens’ Initiative “Save Bees and Farmers” by collecting signatures at the “Wir Haben Es Satt! (We are fed up!) demonstration in Berlin.

The Environmental Cost of your Food Shopping

As research surrounding the disastrous impact of intensive animal agriculture strengthens, food manufacturers (and retailers) are scampering to establish themselves as green producers and cut energy costs. Today, even a quick stroll down the meticulously decked aisles of the supermarket allows us to distinguish organically grown produce from that which has borne the brunt of …