Archive » Every Grain is Sky, Soil and Sweat: In Loving Memory of ByungSoo Kim

It is with great sadness that we announce the death of ByungSoo Kim, a dear friend of Slow Food, who has passed away aged 56 after a struggle with illness. ByungSoo was one of the most passionate and active protagonists of Slow Food’s entire global network. All those that were lucky enough to meet him will remember his energy, his desire to live and to share.

Even before becoming the founder of Slow Food in South Korea, ByungSoo was one of the food protagonists in his country, having in large part initiated the organic food movement. He has always been an activist at the forefront of rights and sustainability. He got to know our movement in 2007 and in less than 10 years he managed to create one of the strongest and most reliable Slow Food organizations in the world. He has been a source of inspiration and guidance throughout the Asian network, helping to strengthen it through by creating many new Slow Food convivia, and not only in South Korea.

We will remember his foresight, his smile, his lifestyle, his altruism, his idealism and his intelligence. We will remember the passion with which he defended the future of his country by preserving its biodiversity, promoting a cleaner and healthier agriculture at every step. We will remember also through his own words, here taken from our Almanac, where he speaks of food, of land, and the soul. Rest in peace, ByungSoo. 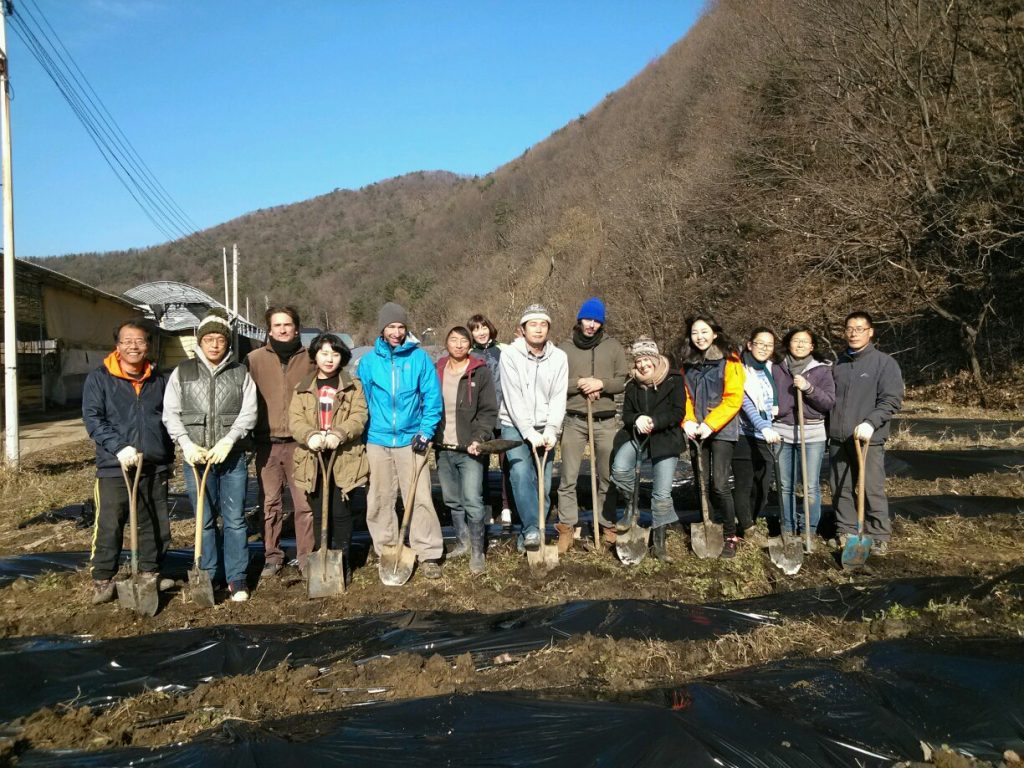 Every grain is sky, soil and sweat, by ByungSoo Kim

South Korea, AsiO Gusto (Slow Food Asia Pacific Festival) 2013. “Food and Spirituality” was the subject of one of the international conferences organized at the event. When I chose it, I imagined it wouldn’t be easy to explain to people, inasmuch as the word “spirituality” is strongly ideological and subjective, and lends itself to many different interpretations.
And yet, much to my surprise, every initiative we dedicated to the subject captured the attention of delegations from many different countries. Contrary to what I had feared, AsiO Gusto allowed me to understand that in the Far East they still believe that human beings are part of nature and that the food they eat to live should be interpreted as a gift. Even if their countries aren’t devoid of fast food and junk food and GMOs, even if they have busy modern lifestyles, they are still conscious of this contact, of this close rapport with nature.

Decades may have gone by, but I can still remember an episode from my youth, a story involving my grandfather. One morning on his way to work, he sat down by the well and, using his chopsticks, plucked out the grains of rice that had ended up in the drain, one by one. He washed them with the water and drank it. My grandmother, who had been watching, said that from then on she would do her best not to waste a single grain of rice. “How can we afford to waste even just one grain anyway,” added my grandfather, “now that our country’s occupied by the Japanese and many people are struggling to survive on herbs and tree bark? We’ve still got rice at least.” Since then my family has never wasted rice, and not one of us nor our guests ever leaves a single grain in the bowl.

For Koreans and other Oriental peoples, rice is the main staple food and is of historical, economic and cultural significance. In Korea, rice began to be cultivated more than 10,000 years ago. We have learned—and we believe— that every grain of rice contains the sun, the soil and people. To produce a grain of rice, the sky gives us rainfall and sunlight only when the time is right, and a light wind is necessary too. It’s not only nature but also the toil of farmers diligent enough to understand and follow it that allow us to harvest such a delicious food for ourselves. Elderly people reckon that agricultural produce can be cultivated by listening to a farmer’s footsteps. This is why every grain of rice contains not only the sky and the soil, but also the heart and soul of the farmer. It’s also why all those who eat rice not only survive, but also live happily.

The food of the temples

The different operations that rice is subjected to these days strip away a layer of skin that is too thick, bleach it too much, and waste enormous quantities of food and nutrition. Brown rice, hyeonmi, is less refined and contains elements that are healthy, more filling and less wasteful of the hard work of farmers.

In the past, every Korean family owned a box known as a jomdori. When rice was cooked, a certain amount was kept in the box and later shared with the poor or given to monks in temples. This tradition was based on the idea that all foods are a precious gift received from nature and heaven and the conviction that we too are part of nature. Food is closely connected with our spiritual life. Many readers will know that in Buddhist temples they never use fish or meat in their cooking. But not everyone will know that they don’t use spring onions, onions, leeks or garlic either. The reason is that monks believe that these ingredients create confusion and induce angry thoughts that hamper meditation. Buddhism teaches that food has a great influence on the health of the body and the spirit. Many of these beliefs are progressively being lost today, now that food is treated as if it were a commodity.

However, all food should be regarded as precious, as all food comes from the same five elements: water, earth, wind, fire, and human beings. Tea, for example, is water, grain is earth, fermented foods are wind, anything cooked on a grill is fire… while the farmers, fishers, cooks and traditional food producers are the people who have a deep understanding of these natural elements and provide crops, traditional foodstuffs and delicious dishes.