Archive » Every Flower Needs a Bee

“Plant flowers in your soil”, the forum from the Bees and Insects area, introduced the Bee The Future campaign to the public: 100 hectares for the future of bees, a project by Eataly, Slow Food Foundation, Arcoiris, and the University of Palermo.

Moving from flower to flower to collect nectar and pollen, bees pollinate plants and allow them to reproduce. Their role is fundamental for our food, but also for biodiversity and for the survival of life on Earth. Most cultivated species depend on insect pollination, and as many as 4,000 plant species survive thanks to bees. Since 2006 however, 20% of bees have died in Europe. 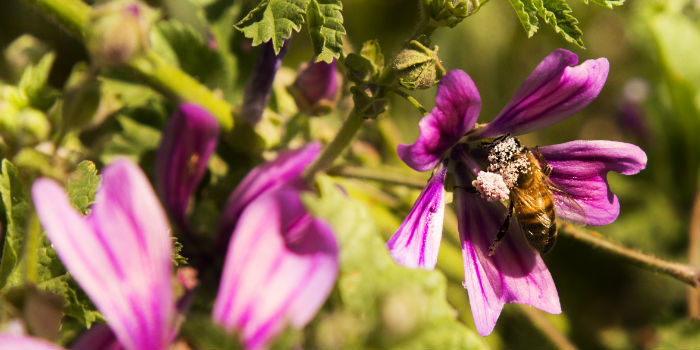 “Without bees we have to imagine a world in which man cannot produce food and maintain biological equilibrium” explained Francesco Sottile, from the University of Palermo and member of the Executive Committee of Slow Food Italy. “The causes? Climate change first and foremost, which promotes the spread of new pests and the disappearance of the right ecosystem, their natural habitat. The blame also lies with intensive agriculture and monoculture and the use of neonicotinoids. Moreover, the economic impact that this can have is often underestimated. As Monica Vercelli says: “It is estimated that the activity of bees has a strong economic impact, estimated at around 156 billion euros worldwide” as an integral element in agriculture, the primary source of economy in many countries.

In this scenario, the Bee The Future project was born. As Andrea Guerra, CEO of Eataly, explains, Bee the Future aims, over a period of 3 years, to provide for the reforestation of 100 hectares in Italy, to restore areas of biodiversity, to help bees and other pollinating insects, to reshape the agricultural landscape so that it is easy for insects to live, feed and reproduce. A reforestation designed to counter the effects of monocultures.

“A mixture of organic, non-hybrid, Italian seeds has been distributed, whose flowers are useful both for the foraging of the bees and for the green manure”, explains Antonio Lofiego, from Arcoiris. The mixture is composed of multiple plants (such as buckwheat, Alexandrian clover, coriander, phacelia, mustard, sul, rocket, sunflower). In the spring of 2018, the mixture was distributed to the “Resistants” who have since sown it on their land.

The areas from which the project starts are:

– the areas designated for the monoculture of maize in Piedmont;

– the territories of Prosecco in Veneto;

– the areas designated for intensive cattle farming in the Po Valley;

– the agricultural areas of hazelnut monoculture in the province of Viterbo

Farmers from these areas were chosen to play a part in the “resistance”, because they determined to carry out models of virtuous agriculture in areas deeply affected by the death of insects.

In this project, measuring results will be a very important aspect, and it is the monitoring that Professor Francesco Sottile, professor of biodiversity of agricultural crops at the University of Palermo, is managing. The University is working on some concrete and scientifically shared parameters to evaluate the real impact of the project.

Do you want to make a concrete gesture for biodiversity?

Help us to spread it! It’s simple: visit the #FoodforChange theme areas at Terra Madre Salone del Gusto and take your seed bonbon. Grow beautiful flowers and help create an environment conducive to the prosperity of bees and other pollinating insects! 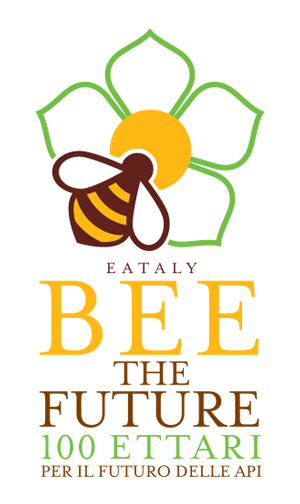