Archive » The CAP is Parting Ways with the EU Green Deal

Last week, the trilogue negotiations reached the finishing line of the reform of the EU’s Common Agricultural Policy (CAP), that will remain in force until 2027 (entry into force in 2023). Early next year, National Strategic Plans will be approved, closing the curtain on the reform process.

Representatives from the main European institutions, the Commission, the Parliament, and the Council discussed their respective positions on the regulatory texts for the next Common Agricultural Policy. Unfortunately, the outccome is inconsistent with the EU Commission’s Green Deal strategies (Farm2Fork and Biodiversity) and it jeopardizes the environmental and ecological transition, does not favor producers of “good, clean and fair” food, and does not protect the health of citizens.

“The Slow Food movement considers the outcome of these trilogues a lost occasion to deliver a real transition towards a sustainable food system. While ideas and society advance towards increased sustainability and the respect for environment, this historic policy has not been able to advance and will continue to subsidize an industrial and unsustainable farming mode”, comments Francesco Sottile, agronomist and member of the Executive Committee of Slow Food Italy.

For the past years, Slow Food repeatedly asked the European Institutions to “deliver an ambitious, green and fair reform of the Common Agricultural Policy” as part of the larger ambition to transition to a greener European Union, in all sectors.

In collaboration with the Good Food Good Farming Campaign, Slow Food has delivered clear messages from civil society and farmers, showing discontent with the current CAP, and asking for better support for small scale agroecological farmers.

The result of the trilogue, which mostly reflects the position of the European Council, has brought about a CAP that still favors industrial polluting agriculture and monoculture at the expense of agro-biodiversity. Exactly the opposite of what is needed to face the current environmental and social crises. 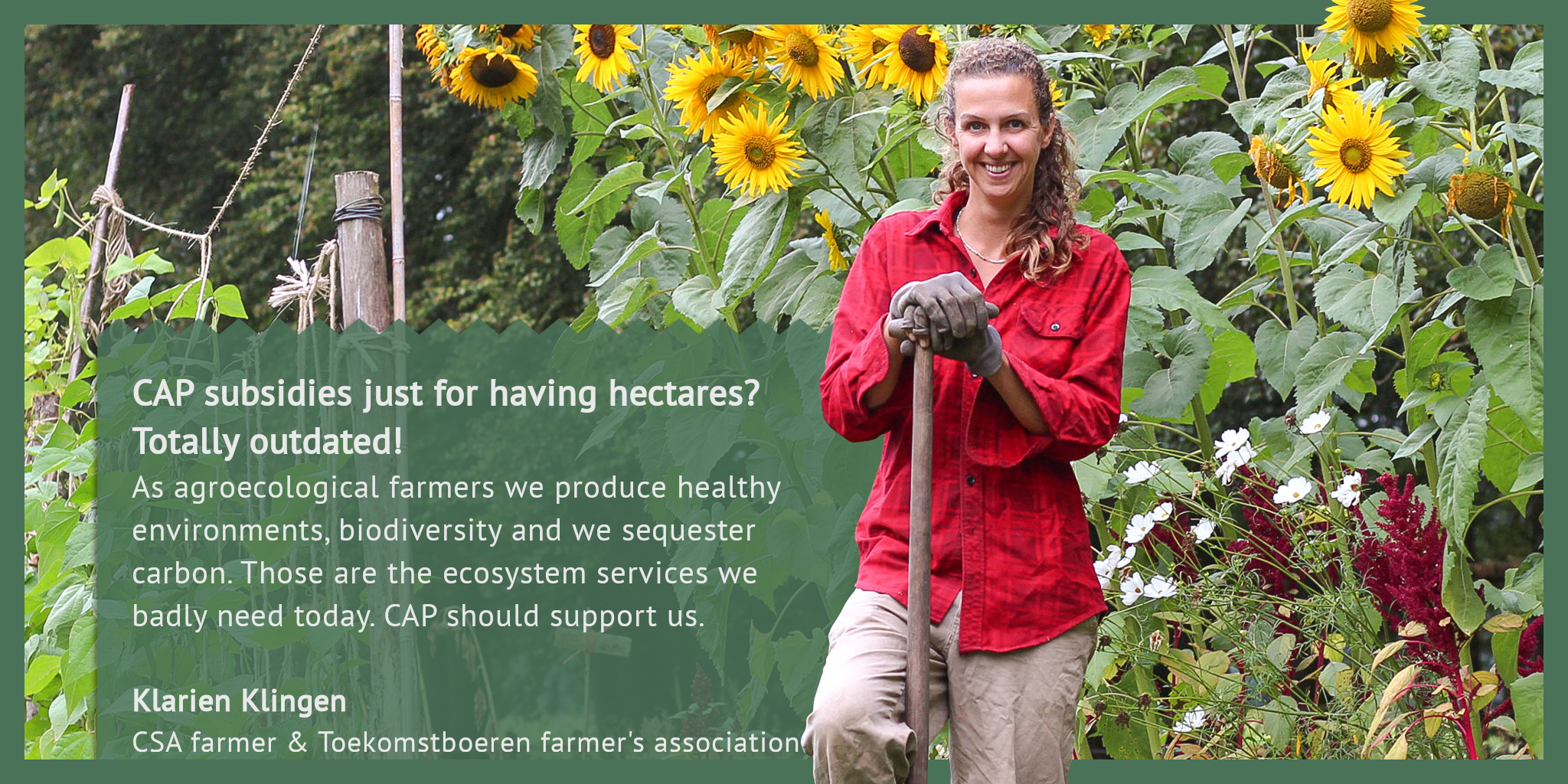 Some “cosmetic” changes have been included in the reform, but the most critical points have remained unchanged, paving the way for another 7 years cycle of support to industrial agriculture through public spending (1/3 of the overall European budget).

Here are the main critical points:

“The CAP, which accounts for one third of the European budget, is taking a separate way to the Green Deal, making it incredibly hard to reach its objectives”, concludes Sottile.

Today the AGRIFISH Council is gathering for a two-day meeting, where Member States are expected to endorse the CAP reform deal. Slow Food now places its hopes in EU Member States’ national strategic plans, where they have the possibility to show environmental ambiton.

Find out more about Slow Food’s position on the Common Agricultural Policy (CAP).