A story told all too often, especially in Africa. Tear gas, rubber bullets, police charges: the State’s answer to public protest. Nor has the latest wave of murders come suddenly or unexpectedly; it is simply the latest in a catalogue of incidents stretching back to last November, when the Ethiopian government first made public its plans to expand the capital, Addis Ababa, into the surrounding countryside, displacing a significant number of farmers. While those plans appear to have been shelved temporarily, the danger is far from over.

On Sunday in Bishoftu, in the Oromia region, just 40km south-east of the capital, the protests grew out of the traditional Irrecha religious festival, where an estimated two million people were gathered. Community elders seen as being allied to the government were prevented from speaking, and the police responded violently, causing a stampede which saw dozens of protestors fall to their deaths from cliffs. 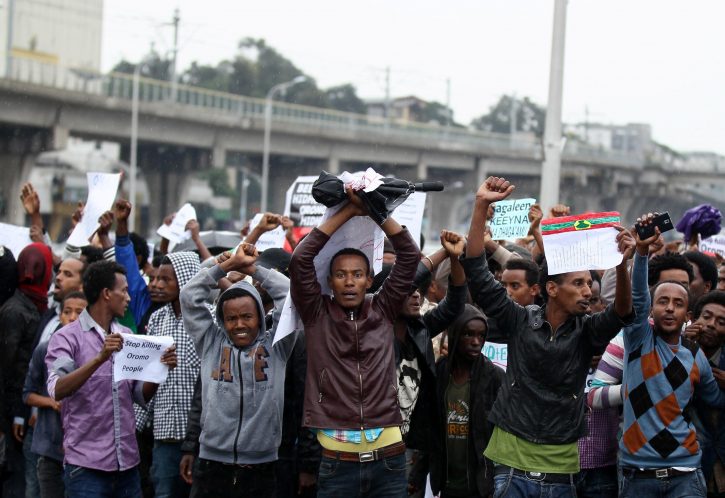 While in many media outlets, the focus is on ethnic tensions between the Oromo people (the single largest ethnicity in the country) and the Tigrayan minority, this doesn’t give us the full picture. The reality in Ethiopia is one of extreme food insecurity, which has been made worse this year by failed rains, with between 50 and 90 per cent of crops lost in some regions. The government itself estimated that 4.5 million people were in need of emergency food assistance in August, while UNICEF puts the total figure of people in need of humanitarian assistance in the country at over 10 million.

The importance of agriculture to the Ethiopian economy cannot be underestimated: over 80% of the workforce are directly employed in it, and it account for a similar amount of the country’s exports. The desire to increase the latter at the expense of the former threatens to make matters much worse. The government would particularly like to increase sugar production, and has announced its desire to be one of the top-ten sugar producers in the world by 2023. Such plans could mean more mass displacement of indigenous peoples, further exacerbate interethnic tensions and cause further migration out of the country.

One of the drivers in this new direction for the Ethiopian government is Chinese investment, which totals more than $20 billion since 2005. The Chinese-built railway linking the capital to the port of Dijibouti has been built for freight, not passengers: it’s for taking Ethiopian exports out of the country. Making a profit from industrial agriculture will require a large-scale shift in the economy (read: land grabbing), as 95% of agriculture in the country is still run by small-scale family farms, though this figure is being slowly eroded over time as the government seeks to sell off land to foreign investors. As part of its so-called development program, the government has earmarked more than 11 million hectares of land for foreign investment, talking of it as “potential land” as if it were not being currently used by pastoralists.

The government’s official line is that foreign investment will lift the population out of poverty, but the truth is that many will be denied access to their ancestral lands, and forced to work for the new owners in order to stay there. The Ethiopian government has the backing of the UK, the European Union and the World Bank in this endeavor, which the BBC reports will create “100,000 jobs” on two new industrial parks. But at what cost? 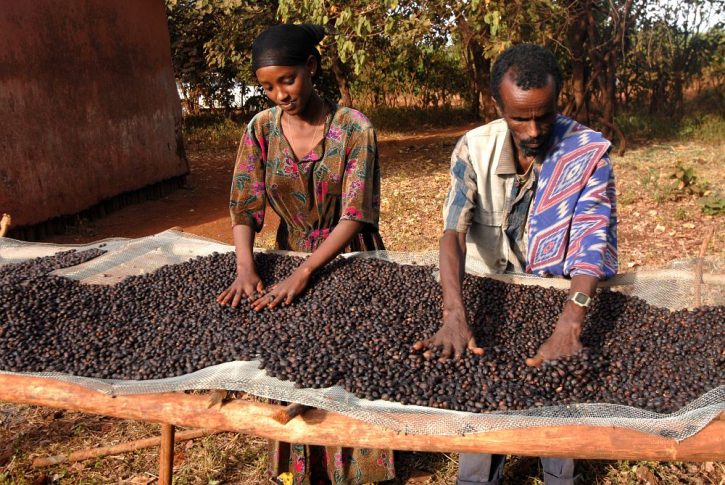 At the men’s marathon in the Olympic games in Brazil, the silver medallist Feyisa Lilesa crossed his arms above his head both as he crossed the finish line and again at the medal ceremony, in protest at the government’s actions. “The Ethiopian government are killing the Oromo people and taking their land and resources so the Oromo people are protesting and I support the protest as I am Oromo. My relatives are in prison and if they talk about democratic rights they are killed. I raised my hands to support with the Oromo protest.” After the games, Lilesa did not return to Ethiopia, and is seeking political asylum in the United States.

Slow Food believes that the land belongs to the people who work it with love and care. We will continue our work to support small-scale farmers in Ethiopia through our Presidia in the country and 129 gardens helping people to grow their own food, and speak out in support of people who are fighting for their right to live and work the land in peace.

The Oakland Institute: Miracle or Mirage? Manufacturing Hunger and Poverty in Ethiopia

Washington Post: Ethiopia has a lot riding on its new Chinese built railroad to the sea