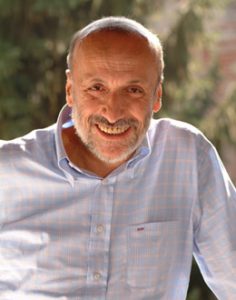 Slow Food is honored to announce that its President Carlo Petrini has been named FAO Special Ambassador Zero Hunger for Europe.

Slow Food works in over 160 countries to ensure everyone has access to good, clean and fair food, and Petrini’s nomination reflects that contribution.

26 May 2016, Rome – Carlo Petrini, President of Slow Food, an organization working to prevent the disappearance of local food cultures and traditions and to ensure everyone has access to good, clean and fair food, has been named FAO Special Ambassador Zero Hunger for Europe, the Organization announced today.

«These include numerous activities drawing attention to the necessity to reintroduce local crops that smallholders and subsistence farmers can produce for their own consumption and sell on the markets as a means to achieve food security,» Graziano da Silva said.

Petrini’s nomination and his involvement in FAO’s advocacy activities will «send a strong signal to the international community that we can create a world where no one is hungry,» the FAO Director-General added. It would contribute towards building the Zero Hunger Generation and ending hunger by 2030, he said.

Accepting the appointment, Petrini said: «The shame of hunger … can and must be defeated within this generation; commitment in this regard must take a political priority in all international forums, along with national and civil society.»

In his role as a Special Ambassador Zero Hunger, Petrini will help ensure a better understanding of FAO’s vision of a world free of hunger and malnutrition in which food and agriculture contribute towards improving livelihoods, particularly those of poor people.

Slow Food is an international, non-profit grassroots organization that aims to promote quality food produced and distributed in an environmentally and socially sustainable manner. It has over 100,000 members worldwide and is active in 160 countries.

Through a 2013 agreement, FAO and Slow Food have been working together to promote inclusive food and agriculture systems and have participated in joint advocacy campaigns and global initiatives including the 2016 International Year of Pulses and the 2014 International Year of Family Farming.