Archive » Enjoying the Bounty of Land and Sea: A Cooking Guide Created with Earthquake Survivors in Ecuador

In April 2016, an earthquake devastated the province of Manabí, killing over 700, leaving thousands homeless, causing billions of dollars in damage and destroying infrastructure, production capacity and the social fabric.

In response, FUEGOS (Foundation for Gastronomic Entrepreneurship and Sustainable Opportunities) has been developing its “Food for Change in Manabí” project. This new Ecuadorean non-profit civil society organization wants to make food an engine for social transformation.

The challenge is to transform the devastation left by the earthquake into an opportunity to convert the wealth of the region’s history and traditions into a generator that promotes innovation, collaboration and progress, by creating opportunities for disadvantaged youth and women in underserved communities. 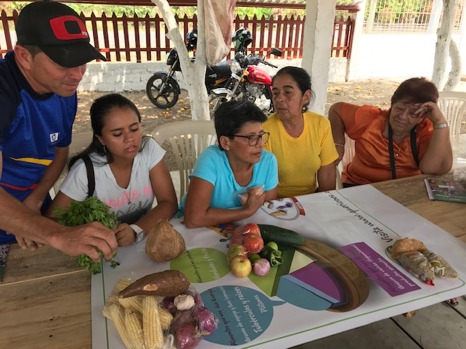 Even before the earthquake, more than half of Manabí’s population was overweight or obese, while many children under 5 had stunted growth. FUEGOS believes that promoting the pleasure of eating delicious, locally produced food, gathered from the countryside or grown at home in gardens or patios, and teaching traditional cooking techniques will help communities adopt healthy lifestyles and appreciate their culinary heritage, as well as the nutritional value of their own food.

The “Food for Change in Manabí” initiative wants to mobilize and boost economic and social development through the Iche Food, Cacao and Coffee School and Restaurant. According to local tradition, in an ancestral Manabí language “Iche” is used to describe the most delicious local foods, like corviche, ceviche, viche and troliche. At the school, disadvantaged women and youth from communities devastated by the 2016 earthquake can learn about Manabí´s culinary history, local food production, food preparation and handling, nutrition and business models. They can then put these skills into practice, first in the restaurant, then by supporting restaurants, eateries or market stalls in rural communities, and ultimately in their own businesses.

FUEGOS has also set up a unique food innovation lab with a focus on adding value to natural resources and frugally using them to develop inexpensive innovations—new food products from local ingredients, for example, for consumption locally or for export. The food innovation lab will be based on a co-creation process, working with marginalized groups (especially women and youth) so that they can be empowered to apply innovative techniques. 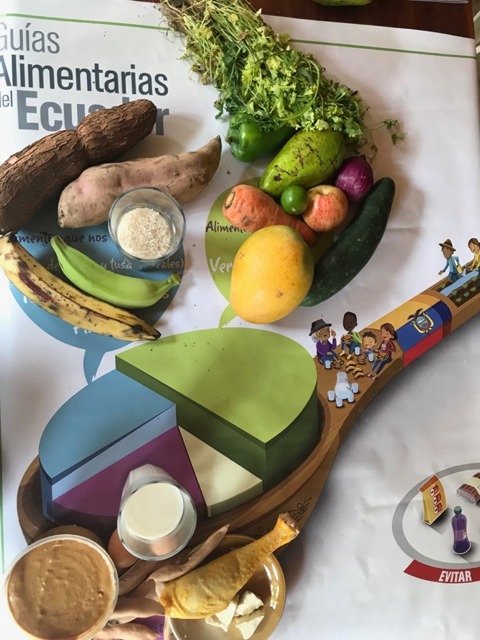 One of FUEGOS’s first projects was creating an inventory of local foods available in five communities hard hit by the earthquake. After establishing a relationship with key members of the communities, mainly women (though also men, because everybody eats and everybody needs to feel responsible), FUEGOS returned to facilitate workshops that covered both theoretical knowledge and cooking and eating. Foods from the community and the nearby sea were spread out on a table to show the local bounty, and participants were taught how to balance their diet. Using healthy traditional cooking techniques—no frying, lots of garden-fresh greens—the community members then cooked with FUEGOS. The end result was a co-created cooking guide.

The FUEGOS editor added climate-friendly tips, explaining for example how certain ingredients used in the recipes created less greenhouse gases than the typical elements of a modern diet based on processed foods.

Recipes were written in the language used in the communities, and reflected their pronunciation. Perhaps not everything would be sanctioned by the Academia de la Lengua, but it meant that community members identified with the book they had helped to write, since it sounded like them. Since they never measure when making soups, stews or salads, the recipes don’t include measurements. And since desserts are usually not so healthy, the few innovative sweets included use wholesome ingredients like artisanal chocolate, a fresh artisanal cheese (Ark of Taste), plentiful yucca (cassava) and other low-cost, home-grown produce like squash.

To avoid the stereotype of healthy food tasting bland, these recipes really have flavor—Manabí flavor. This province, so devastated by the earthquake, is recognized across the country and by foreign visitors as having the best and most interesting culinary traditions in Ecuador. Imagine succulent chicken with creamy peanut sauce, thick cazuela soups brimming with seafood, purple sweet potatoes and sweet, ripe plantains.

The cooking guide, which can be downloaded at fuegos.ec/en/cooking-guide, features colorful photographs taken by a FUEGOS volunteer: exotic varieties of chili pepper, fermented banana vinegar, fresh beans that turn creamy when cooked. The pictures showcase the local biodiversity and the pleasures of eating the Manabí way.  The recipe guide also includes photos of community members cooking and creating the dishes. When the guide was printed and shown to the people who had helped create it, they were astounded to see their pictures in full color in a publication distributed across the entire province as well as in the country’s capital and main port. These earthquake survivors, living in underserved rural areas, were immensely proud to be sharing their healthy and delicious recipes with wealthy city dwellers around the country.

Best of all, when FUEGOS returned to the communities, stories abounded of how diets had changed, guided by newly acquired knowledge and newly honed tastebuds.