Archive » Edie Mukiibi, Slow Food President, will be on stage at the “Wir haben es satt!” demonstration in Berlin and during the German SFYN Disco Soup

Edward (Edie) Mukiibi will be one of the speakers on stage at the Brandenburg Gate (Platz des 18. Marz) in Berlin on Saturday January 21, where he will address the “Wir haben es satt!” (We’re fed up!) demonstration during its final rally at approximately 2.30pm. Mukiibi has been the president of Slow Food since last July, when he took over from the founder of the international organization, Carlo Petrini. 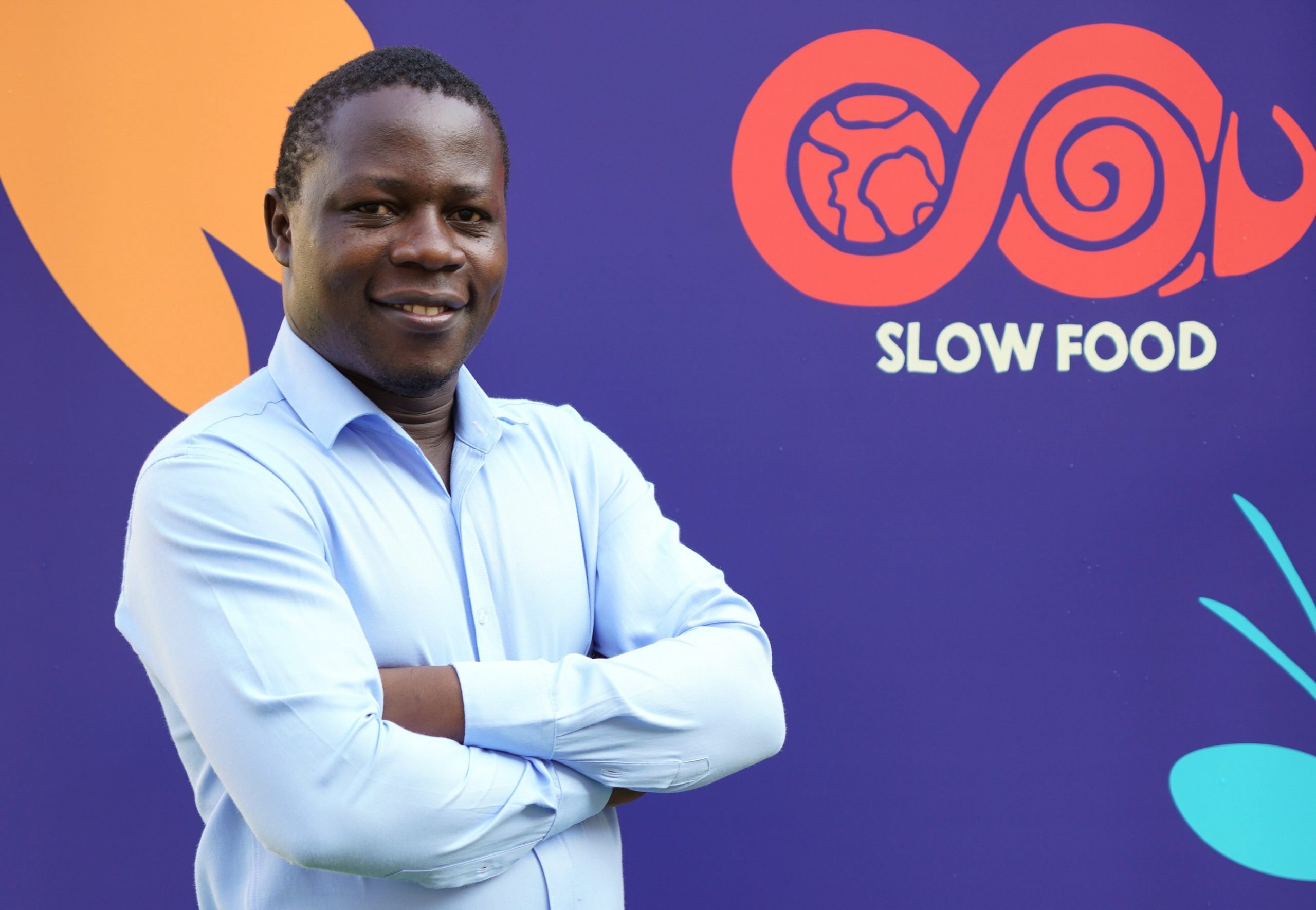 Mukiibi will speak about the impact of European agricultural, food and trade policies on the global South. An agronomist, food and agriculture educator and social entrepreneur who lives and works in Uganda, he offers a fundamental perspective in understanding the links that exist between all agricultural, ecological and climate issues, whether you live in northern Europe or equatorial Africa.

Now in its 13th year, the “Wir haben es satt!” event is organized by a coalition of organizations, including Slow Food Deutschland, ABL (Arbeitgemeinshaft Bauerliche Landwirtschaft), Friends of the Earth Germany and Misereor. Bringing tens of thousands of people to the German capital, the demonstration aims to fight against and raise awareness of the negative consequences of agribusiness, which threatens the livelihood of many small-scale farms each year and undermines consumers’ right to transparency and choice, as well as increasing the standardization of tastes and the loss of biodiversity. Farmers and representatives from different organizations and countries will gather and then proceed together by foot and tractor to the Brandenburg Gate, where the Slow Food president will be on stage among the speakers.

“The highly subsidized industrial livestock farms in western countries and Asia not only leads to a climate crisis but also dumping of unhealthy livestock products in Africa through bilateral trade policies, destroying the local production systems and throwing local farms out production and greatly undermine the food sovereignty efforts of these countries” explains Slow Food President Edward Mukiibi. “The same problems you are struggling with here in Europe are causing even bigger damage elsewhere. Let’s not only think of ourselves or geographical regions if we are to overcome the current string of global crises, let’s think beyond our borders when making political and personal decisions, our governments should think of the impact of local food related policies beyond their borders”.

The day before the demonstration Slow Food Germany will be organizing a Schnippeldisko, or Disco Soup party. Held at Berlin’s Festsaal Kreuzberg from 6.30pm on Friday January 20, the event will bring people together with their vegetable peelers and wooden spoons to cook, speak and dance in protest against the outrageous extent of food waste in the world. Mukiibi will also be attending the event and will speak at 8pm on how the EU can and must champion fair supply chains in the global South.

Around a third of all the food produced in the world does not reach our plates. Slow Food has been campaigning against this shameful waste for over a decade, and it has by now become tradition that the evening before the “Wir haben es satt!” demonstration, young and old come together to prepare soup from imperfect but still tasty vegetables, this year supported by activist and cook Wam Kat and his Fläming Kitchen. Two-legged carrots and knobbly potatoes will be distributed free during the Schnippeldisko and also the following day during the demonstration. Slow Food’s aim is to inspire more people to become fellow campaigners for good, clean and fair food and to keep up pressure on politics and businesses.

“To reduce the waste of edible food, coordinated action along the entire value chain is necessary,” says the chair of Slow Food Germany and Slow Food board member Nina Wolff. “This requires a binding reduction framework for all actors set by politicians. At the same time, Slow Food wants to inform consumers that reducing food waste is an important contribution to climate protection and to provide them with simple and effective everyday tips. The ‘snipping disco’ does this in a joyful and fun way.”

The two speeches will be live on