One hundred and ninety-six countries—democracies, royal monarchies and dictatorships—have come together for the 21st consecutive year of climate talks under the banner of the UN. This kind of summit lives or dies under the guise of compromise, even faced with the global emergency that is climate change.

The French presidency of COP 21 has done a good job of establishing a climate of confidence among all parties. Just the same, it is unfortunate – as many NGOs have pointed out – that the negotiations are being held without any input from civil society. This lack of transparency, inversely proportional to the global mobilization of ordinary citizens on climate change, will be seen as a dark cloud over the summit. 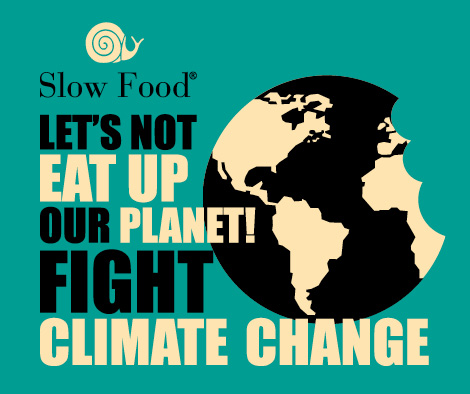 Sensitive Subjects
The differences between the various countries involved can be seen in four crucial topics. The first is differentiation, that is to say the recognition of differentiated responsibility in policies to put into effect in order to deal with climate change. This difference is between countries that have historically produced large amounts of greenhouse gases (industrialized countries) and developing countries (those that are somewhat or not at all industrialized, but are the first victims of global warming). Between these two categories are the so-called emerging countries (India, China, Brazil, South Africa, etc).

The second sticking point is the way to finance climate policies. Money is truly the hard part of these negotiations. Until 2013 there were two distinguishable lines of credit: money destined for the reduction of GHG emissions (energy transition) and money dedicated to adaptation to the new climate realities (for infrastructure, climate-compatible agriculture, etc.). During the COP19 held in Warsaw in 2013, the “most vulnerable countries”—those that are already dealing with the physical effects of climate change (drought, hurricanes, floods, coastal flooding) and which know that the worst is still to come—obtained recognition of “losses and damage” that they have suffered due to climactic catastrophes. This second line of credit has been rejected by certain countries (Australia, Canada, USA, Japan, New Zealand and Switzerland).

The third point of contention is the level of ambition. For the first time, each country came to Paris with their own commitment to reduce GHG emissions (except for Venezuela). The problem is that the sum of these commitments (which are nothing more than un-backed promises at this point) does not reduce the volume of man-made gas emissions very much and puts us on pace to see a 3°C rise in temperatures by the end of the century. In other words, these commitments amount to notification of extremely difficult climactic chaos that will have both economic and social consequences.

The final point of contention is the regular revision of commitments to stay within the framework’s goal of limiting the rise in temperature to between 1.5 °C and 2°C. Indeed, waiting ten years before evaluating the progress on gas emissions for each country ruins the chances of success, because if any country is not up to par then there will be even less time available to reach the goals.

Balance of Power
In the global north, the European Union is at the forefront of global climate policies, but in contrast to summits of the past, where Europe excelled for multilateralism, at the summit in Paris the Union is conspicuous for its lack of diplomatic weight. The reasons for this change are to be found in its growing disunion: from the hammering of climate skeptic Poland; the rise of populism and the far right; the personality of Miguel Arias Canete, European Commissioner for energy and climate action; and perhaps even in the uncertainties in relations between France and Germany.

The United States, which seems to have taken up a proactive stance on climate change, at least in declarations by Barack Obama and John Kerry, are limited by a Congress that will refuse any binding agreement. Vladimir Putin’s Russia simply plays tricks with numbers, merely pushing the dates for its goals back from 2020 to 2030, including the forests in their calculations, and in short offering nothing reliable (and in any case, Russia is fixated on the possibilities of oil and mineral exploration that the Arctic thaw offers).

Under pressure from the air pollution that its coal-burning plants create, China is making giant efforts to reduce GHG emissions. The government has also understood the economic possibilities involved in developing renewable energy sources. But it does not want international binding agreements, will not allow the UN to change its five-year plan in any way, and assumes that peak CO2 emissions will happen in 2030.

India emits much less CO2 per person than China. This country’s problem is the hundreds of millions of people living in poverty, and the 300 million who live in the countryside without electricity. The Modi government wants to bring electricity to the entire country, with solar power if the international community contributes funds and the transfer of technology without having to pay patent fees. Otherwise they will use carbon.

Brazil has a culture that is very similar to the European Union in its multilateralism. The country claims to be prepared to make efforts and accept the set of constraints, but it seems more ambitious at COP 21 than in the real world, where it continues its deforestation and agricultural intensification.

South Africa, the most polluting country on the continent due to its use of carbon, has made commitments that fall short of what it should do. The country also calls for funding to make its energetic transition to renewable…and nuclear plants.

The group of most vulnerable countries includes 20 members (island nations, but also Afghanistan, Bangladesh, Bhutan, Costa Rica, Ethiopia, Ghana, Kenya, Madagascar, Nepal, Rwanda, Tanzania and Vietnam) is fighting for a limit of 1.5°C to the median rise in temperature. These states are all just as demanding on international financing arrangements: they want a 50/50 division between reduction of emissions and adaptation to climate change. They need money to adapt their infrastructures (roads, dykes, etc.) and to deal with the displacement of their populations. This money, which is not profitable for private investors, can only come from rich countries and, in their eyes, cannot be confused with the money for “losses and damages”. This “V20” should be the standard for actions to take, but we are far from that reality.

Finally, there is the group of diehard villains which includes only the oil-producing countries that are both cynical, like the Gulf nations that want to pump fossil fuels to the last drop and that hope to tap into international financing to adapt to the future, and manipulators like Venezuela that plays the role of a southern country but intends to block any limitation to its oil revenues. These countries are fiercely opposed to any reference to the price of carbon in the final agreement’s text.

In the end, this cocktail of contradictions can only hope to create a completely unsatisfactory solution. We are at the historical limits of global government, the limits of inter-State dialogue. We none-the-less believe that a United Nations Summit is the only place where Malawi and Vanuatu can share equal footing with the European Union, the United States or China. And when will there be a UN meeting where civil society will also be represented? This could be included in the first draft or stand on its own or in a second agreement.

Agriculture never appeared in the official negotiation documents; instead it is often referred to in the margins, within the solutions for adapting to climate change. However, this sector represents 20% of all GHG emissions. As agricultural organizations often remind us, this sector is certainly a part of the problem and the first victim of climate change, but it is also a part of the solution.

Indeed, after 70 years of pummeling the soil and crops with chemical fertilizers and pesticides, politicians have rediscovered the virtues of photosynthesis and the natural confinement of carbon in the soil. By increasing the use of organic fertilizers (compost, animal waste, manure), by keeping the soil covered with vegetation, by increasing the volume of biomass per unit of surface (mixed cropping, for example), by decreasing tilling (which frees an enormous quantity of carbon), we can increase the amount of carbon that is trapped in the soil.

What is even better is that agro-ecological agriculture and agro-forestry not only diminish the volume of CO2 in the atmosphere, but they also nourish people at the same time, thanks to the soil’s increased fertility. This was enough to trigger passion in the politicians, notably from France, who see in this area the way to compensate for man-made emissions.

A “magic bullet” that, other than creating a reduction in CO2 emissions, ignores several factors, like the choice of land, the evaluation methods and the acidification of soil due to CO2. What would be the point of multiplying biomass while reinforcing the use of tractors and chemical fertilizers and pesticides? To be consistent, the initiative should be associated with a change in the agricultural model, banning chemical fertilizers, pesticides and GMOs, stopping and condemning deforestation by multi-national corporations, putting an end to land grabbing, reducing mechanization, imposing legumes into crop rotations, and working in tandem with local organizations.

In short, we need a real program for ecologic transition, dealing with the problem of climate change in all of its interactions, rather than brandishing agriculture as being THE global solution that is right for everyone. Of course, an international shift in agricultural practices in these terms would be wonderful for soil, water, biodiversity and consumers’ health, but it makes no sense unless at the same time we leave the fossil fuels in the ground.