How farmers and pastoralists are fighting famine

Today, April 22nd, is Earth Day. Exactly one year ago, the landmark Paris Agreement was signed, potentially marking a historic turning point against anthropogenic climate change. This is not a matter of preventative measures we must take to avoid a future problem: climate change is already happening, and the effects have been devastating, particularly in areas prone to drought. Ironically, it is the poorest countries which pollute the least which often bear the brunt of the impact. Yet all hope is not lost. Farmers in Africa are fighting back, and their resilience is critical for our food security.

Without the buttress of government subsidies and laws to protect farmer’s rights as their counterparts in developed countries enjoy, farmers and pastoralists in Africa practice their livelihood while weathering some of the toughest environmental and economic conditions. Severe drought and famine has been a recurrent and worsening problem in East Africa over recent decades, with tens of millions of people and their livestock affected. What follows are examples of an ongoing crisis in Kenya, Tanzania and Uganda in 2017, which may be the worst in 70 years.

In the Marsabit district of Kenya, the Governor Mr. Ukur Yatani told us “the drought situation is getting worse and may lead to loss of life if urgent government interventions are delayed.” Nomadic pastoralists whose livelihoods depend on cattle have been badly affected by the drought. Tumal Orto from the North Horr Sub-county of Marsabit and a member of the Indigenous Terra Madre network stated, “we have been faced with a very big challenge as the boreholes and wells dried up (the nearest water point being 80 km away from our village), no pastures for the animals, no food for the people and the situation is worsening.” In Baringo County, there has been a drastic reduction in milk production. Isaac, a livestock keeper, told us “the distances to water sources for households are increasing, putting the lives of the residents and animals at a risk. The government has started an initiative to purchase about 100,000 animals from the areas worst hit by drought in order to insulate farmers against possible losses due to water and pasture.” 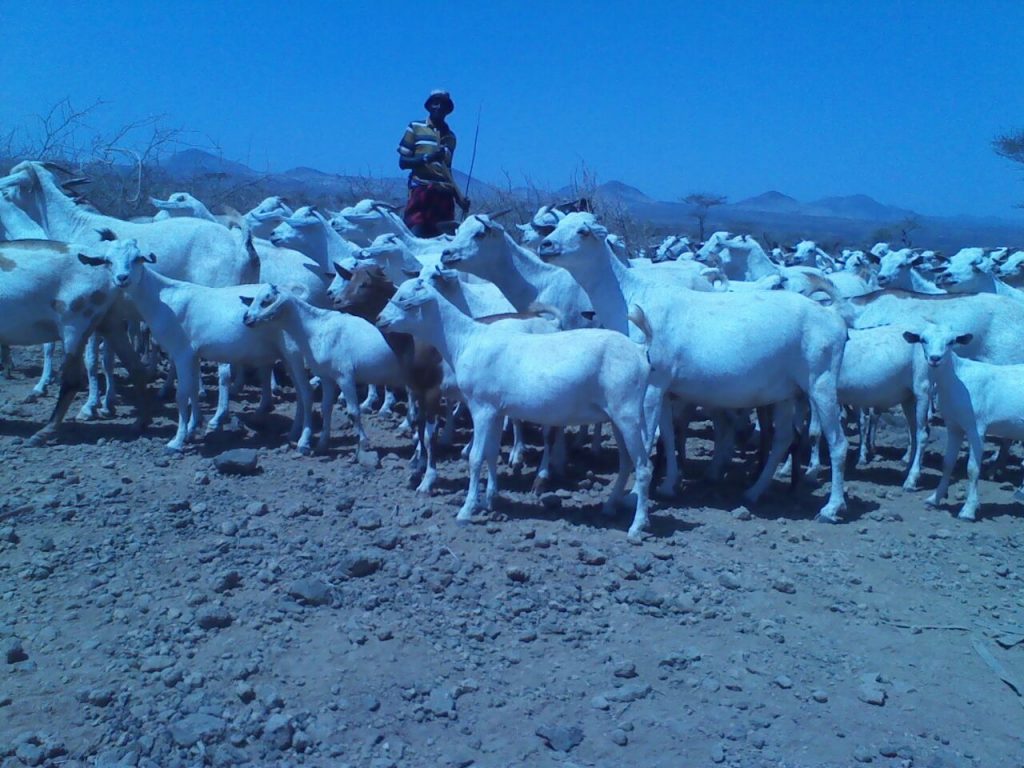 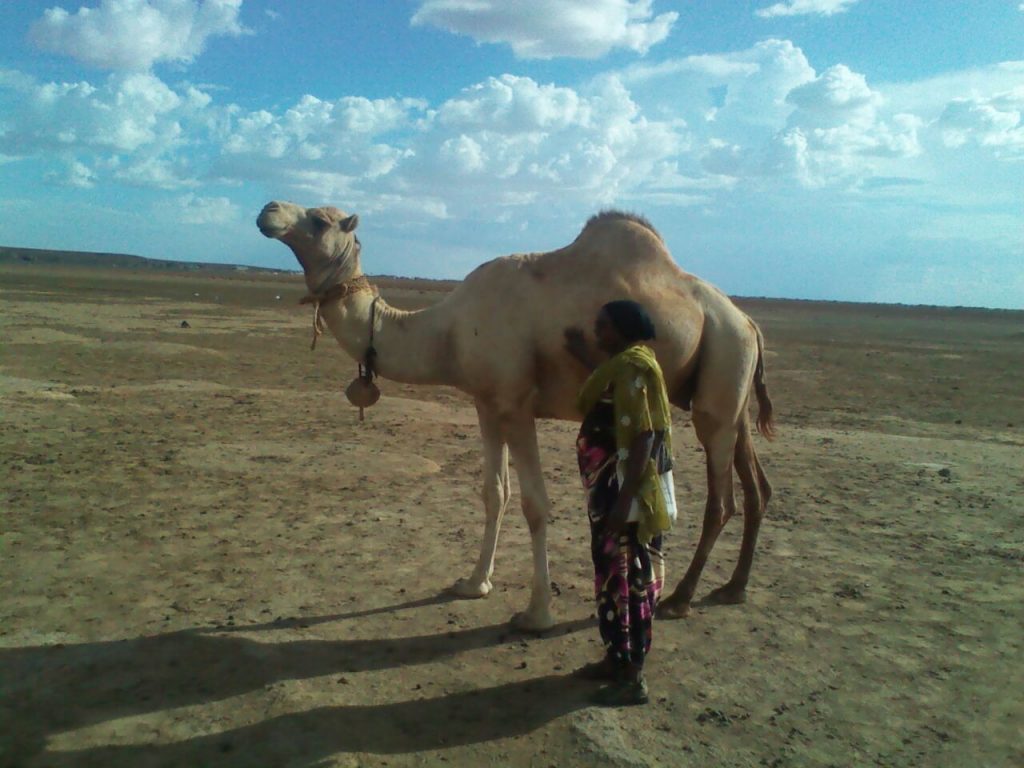 In Eastern Uganda, the Teso Kyere finger millet varieties (a Slow Food Presidium) has witnessed a considerable loss of seeds and the destruction of the banana yield, among other crops. Furthermore, hybrid varieties which are marketed as drought resistant have not fared well at all. In fact, millet producers in the Teso region attest that local varieties have performed better than hybrids. Elsewhere, in the country’s ‘Cattle Corridor’, 5 months without rain have meant that families have lost not only a few cattle but entire herds, and forced farmers to look ever-further for grazing pastures for the animals that remain. Members of the Ankole Long–Horned Cattle (Slow Food Presidium) have had to walk as far as 40km to access decent pastures. The situation is made worse by the plummeting market price for cows in hard hit areas. In Nakasongola, the average price of a cow has dropped from 500,000 Ugandan shillings to less than 50,000.

Northern and Central Tanzania has received very little rain this year and many crops in the area have failed. Mnayah Mwambapa, a member of the Slow Food network in Tanzania, told us how conflicts between farmers and pastoralists are on the rise: “Due to the lack of grazing pastures for their cattle, pastoralists have been trespassing into neighboring farms and grazing their cattle.” The region of Kilimanjaro has suffered water shortages and prolonged dryness. In Kigoma, scarce rainfall and dwindling crop performance is evident. 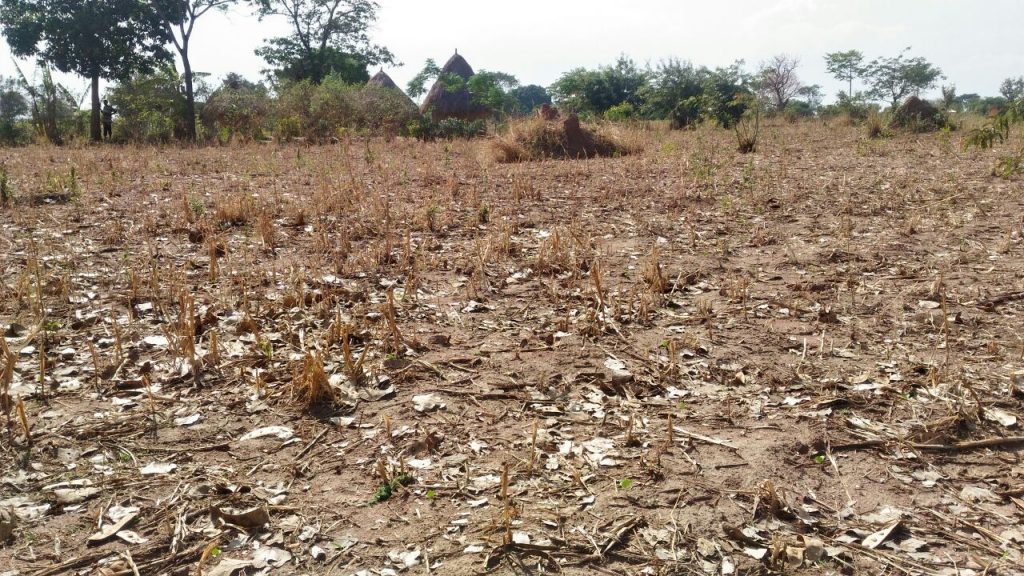 Despite the insufficient rainfall in East Africa for prolonged periods, farmers and pastoralists from Kenya, Tanzania, and Uganda, have also been successful in using their traditional knowledge to survive the current drought. How have they managed to produce a harvest and sustain their herds?

Adrofina Gunga, a member of the Slow Food network in Dar es Salaam explained how her son was able to yield a harvest by growing sunflowers. “After watching his entire maize crop fail in Kigoma, my son decided to plant sunflowers, which fared better.”

In Kenya the drought has been quite severe, starting from 2016, and farmers have gone more than 5 months without rain. However, Salome Njeri Mwangi, the coordinator of the Slow Food Karirikania Family Garden in Kenya and a representative of the Mau Forest Dried Nettles Presidium told us her garden was still green. “Although the heavens haven’t opened up for a couple of months now, and my garden is not very pleasing, it is still green with some vegetables (like local kales, amaranths, stinging nettle, spring onions, black nightshade etc), fruits (like tree tomatoes, pepino melons, strawberries etc), tubers (such as cassava, sweet potatoes and potatoes) and legumes (like broad beans and cowpeas) that we are still feeding on as their prices shoot up due to increased demand and very low supply.” She claimed that the secret to conquering the drought has been in making sure that the soil is fertile. She said by doing so, she has been able to attain better water retention capacity in the soil, which, if reinforced by mulching the plants, is able to survive for a couple of days without water, meaning very little is needed. She also explained the importance of planting drought-resistant crops which require less water. “You have to grow cassava, stinging nettles, yams, common beans, chick peas, pigeon peas, sorghum, millet, and indigenous vegetables like amaranth and black nightshade.”

Tumal Orto of Marsabit County told us: “My forefathers have herded camels and goats here for 235 years, across generations. I still herd them today and no matter what the situation I have to survive the drought. During the times of plenty I consume with a future drought in mind. You stay prepared. The secret to resilience is to adopt an “adaptive capacity” to ensure that they have enough during times of plenty and during drought period to avoid deaths. Before the drought all my animals were in a very good condition and as I speak I still have 90% of the animals I had. None of them have died as result of lack of water and food and they are all healthy as result of adopting adaptive capacity. I believe if we all heed this, pastoralists will be in a better position.”

The problem is of course not limited to these countries. Elsewhere, in Somalia, people are having to face one of the worst droughts in living memory, and with much less help from the chronically weak government. But in Somalia as in other countries, it is the farmers who are trying to find solutions on the ground in order to produce an adequate amount of food for the population.

As Carlo Petrini said ahead of the COP22 conference which led to the Paris Agreement, “to address the problem of global warming, it is essential for governments to renew and redouble their commitment to limit emissions. But this is not enough on its own. It is also necessary to make an economic, social and cultural paradigm shift capable of radically transforming the present food system.” The governments of the rich, polluting countries lumber sluggishly towards the implementation of decisive, concrete legislation to combat this worldwide problem from the top down. In the meantime, the real crisis and the solutions to it will be faced head on by farmers and pastoralists on the frontline, working from the community level upwards to organize resistance to a problem they didn’t create.

The author, Aikande Charles Kileo, is a student at the University of Gastronomic Sciences from Tanzania.