I donned all the relics and charms I had for a safe travel. I have never been to Zamboanga, the side of Mindanao close to a so-called red zone and so St. Christopher, sacred geometry and Lapiz Lazuli stones chaperoned me on that trip. I was to land in Ozamiz and then arrange for a two-hour ride to Dumingag. 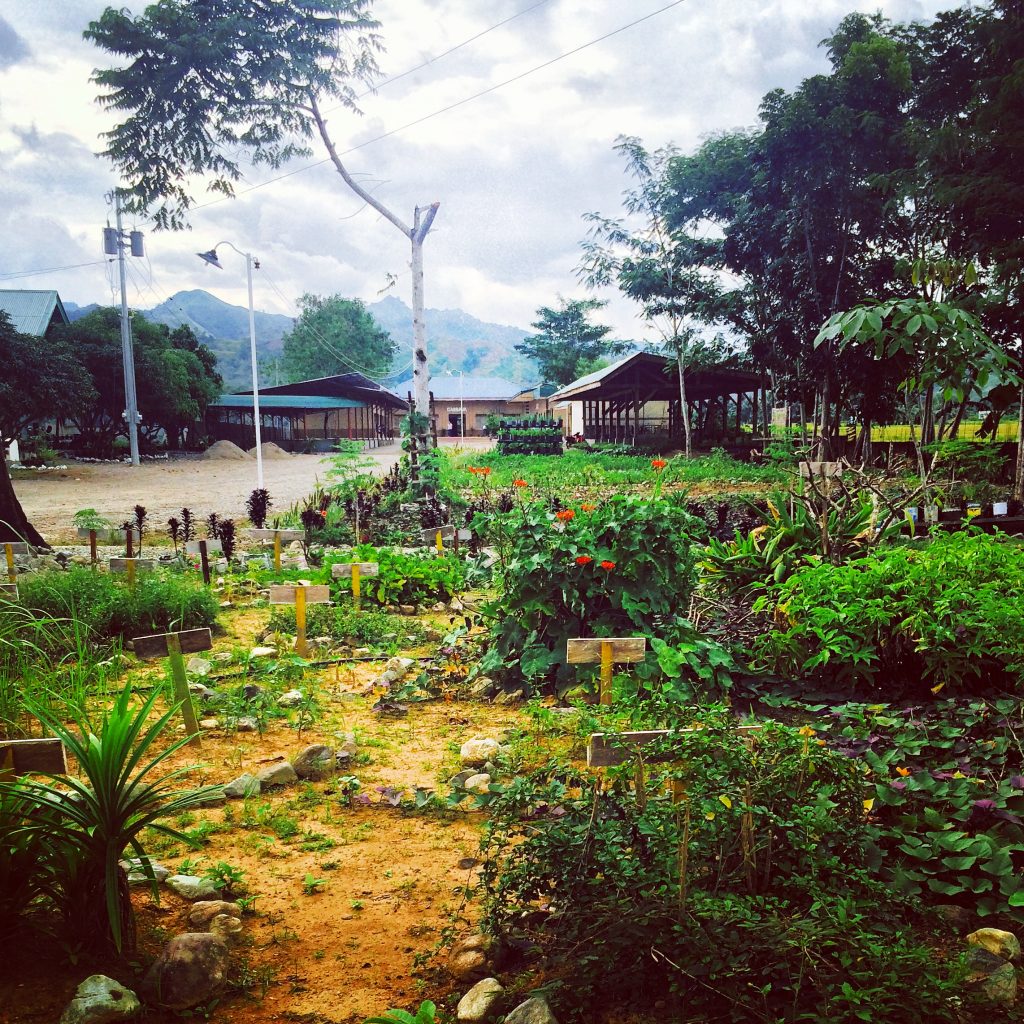 I wonder why I had never heard of Dumingag. Here I was with little hope for my country, complaining on and off, often resigned to apathy. And I am in the movement for sustainable agriculture. How could I have overlooked this organic farming community of 50,000 people in Mindanao? Rice paddies are farmed organically. They have a seed bank, a school for farmers, and a political agenda anchored in sustainable agriculture. The crime rate is close to zero. No one is spending the fruits of his labor on the numbers game or cockfighting. No one is poisoning the air with cigarette smoke.

It wasn’t only because the paddy fields had ducks waddling or fishes swimming, or that the municipal hall was encircled with raised beds, or that they knew how to culture worms, make fermented fish waste and their own foliar sprays. Or even that during a morning walk most houses and huts had a patch of edible greens in bamboos and recycled tires. What captivated me was a sense that something wonderful had been sown and taken root in this town, and that it has burst forth into fruit and blossom. 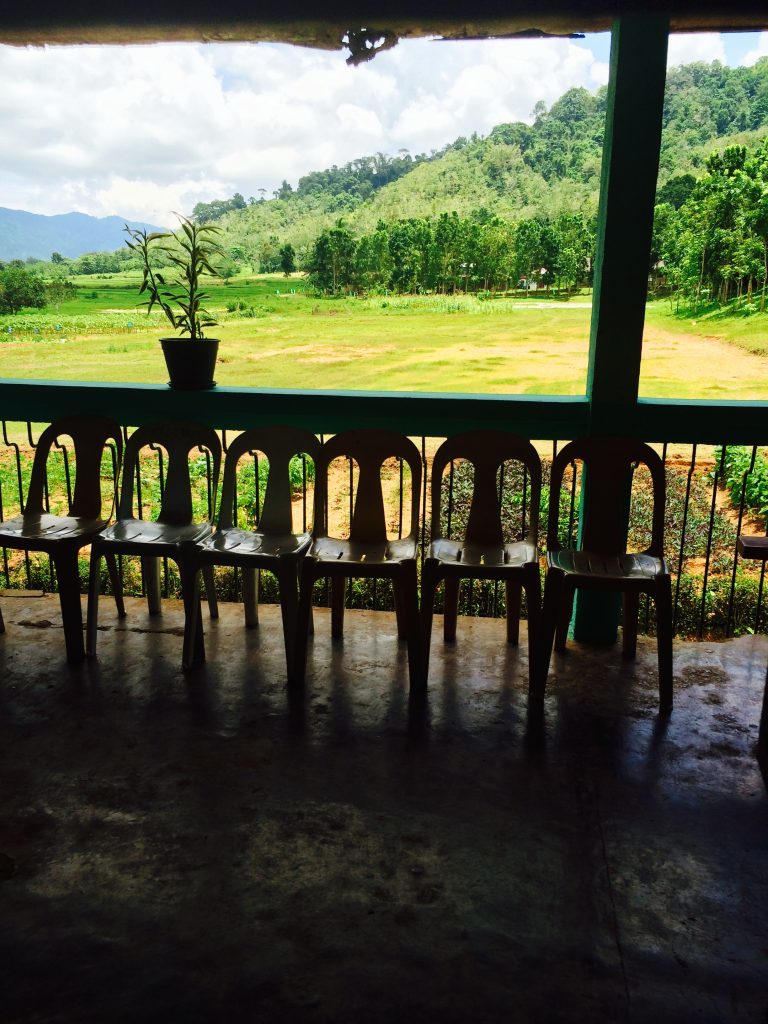 I have grown cynical, disenchanted, and distrustful of politics. Bit by bit, shame overtakes pride. And there’s nothing else to do but make fun of the Philippines. And so I expected the customary welcome with a head-splitting ceremony. Be entertained by a parade of shrill voices, scantily clad gyrating women dancing to the latest craze. Offered a welcome drink of sugary Iced Tea or Tang, and to feast on fried chicken and a sugary cake.

I didn’t find these things there. Coffee was made of corn or an original blend. Iced teas were homemade pandan, ginger, turmeric, and avocado with muscovado sugar. I didn’t see a Coke bottle all week. Instead we had squash, banana, sweet potato and cassava cakes. Chicken was never fried, always native. The eggs were brown. We had a banquet of just harvested vegetables, every day. No iceberg lettuces or chemical-laden plum tomatoes. None of those. Locally grown, freshly picked from the garden. As close to “farm to table” as you can get. 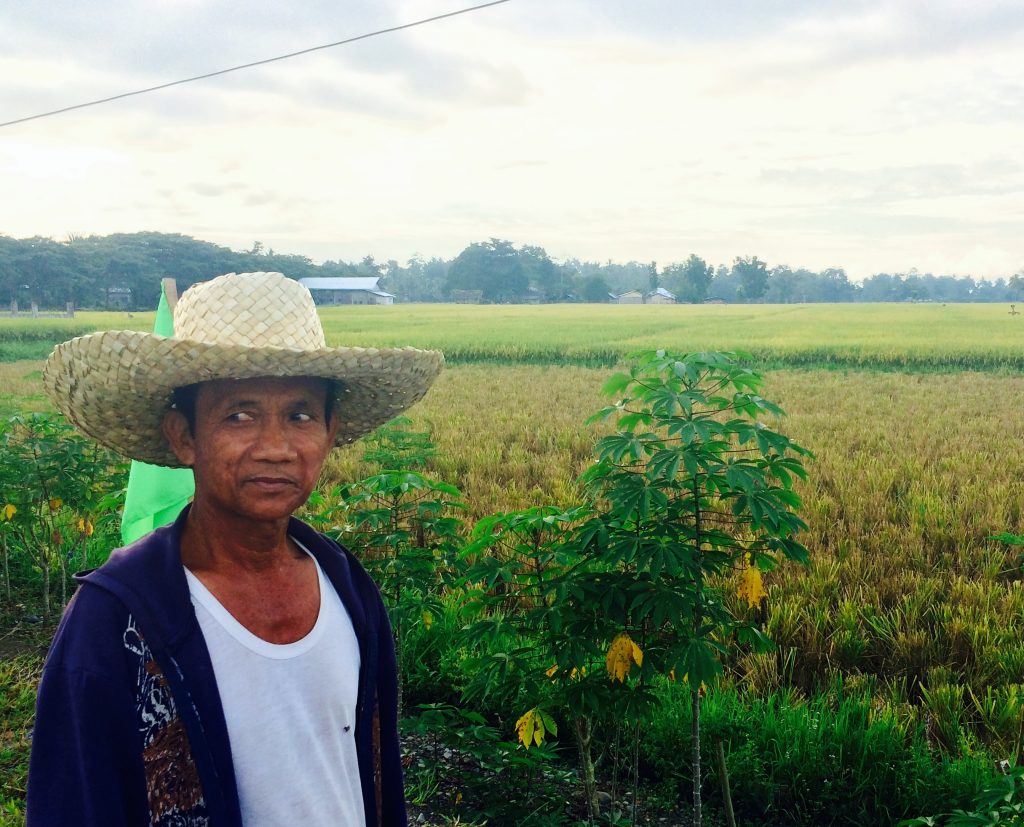 Every night, they serenaded us with traditional, folk, and local love songs. There was no gyrating, no high-pitched hosts wowing the crowd with slapstick and obscenity, and when I asked, no rock and roll. Instead they tapped and clapped, swayed and jiggled their shoulders to the rhythm of drums, ethnic beats and folk songs. And they told us the story of their tribe and my country through song and dance.

This town took me by surprise. It was as though they revered tradition, and deeply felt the story of our ancestors running through their veins. A people transformed. And pride. You saw it everywhere. Pride in their rice paddies and where they have now banked 55 organic seeds. Empowered by not needing rice imports, magic formulas to make their fields thrive or green bucks they have to pay twice over. Proud that they measure progress not in McDonald’s outlets or malls, but that everyone gets to sow and reap, and put food they grow on the table. 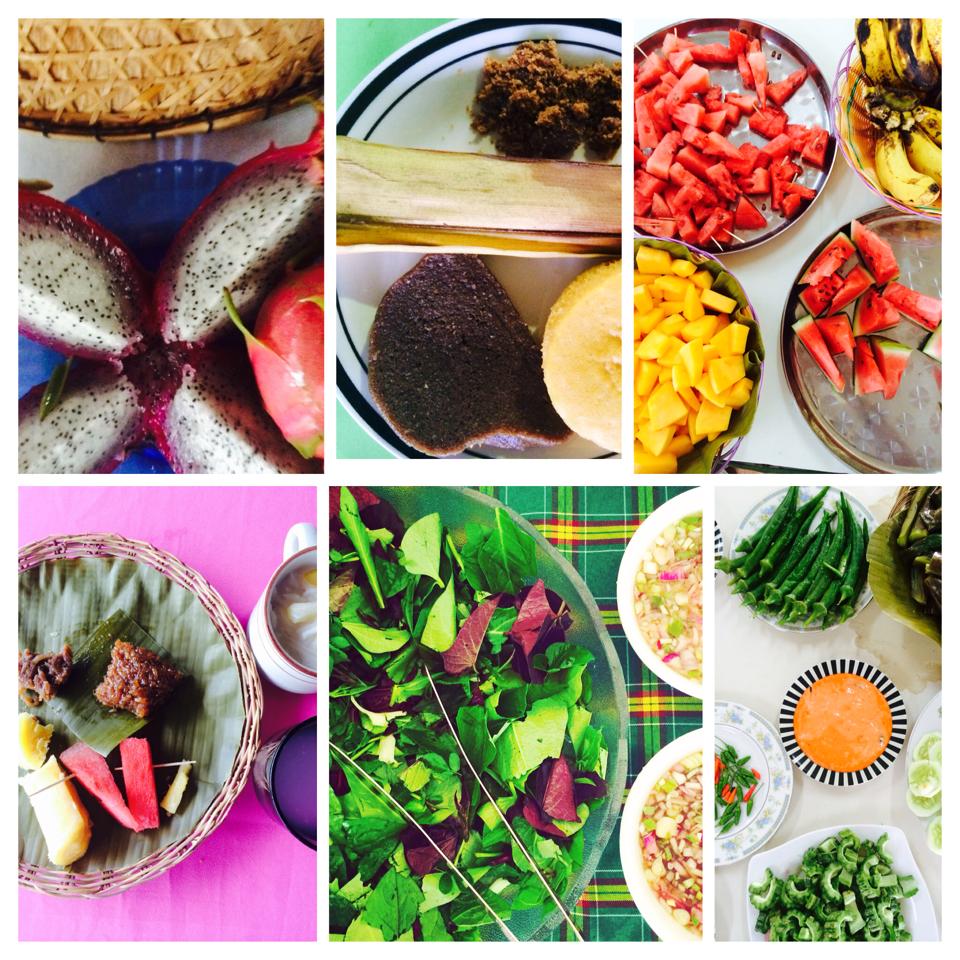 Ten years ago, 90% of Dumingag’s residents lived below the poverty line. The rice farmers were destitute, in the red with lenders and traders, and barely able to make ends meet. There was hardly any food on the table. And you would ask yourself why, when they have fertile soil where anything can grow?

It’s as though the town has brought back fertility to its soil, and thus to its people. Allowing good things to take root, bud and blossom. In this town of 44 villages, sustainable agriculture has broken ground. It was the bedrock from which rural development sprang. There are now more than 440 farming families taking part. It was started by Mayor Jun and is now continued by his son, his knights of the roundtable, and his farmers, who have learned to save seeds, remembered the indigenous ways of their forefathers, and then worked the land so that it could truly bear fruit. As Vandana Shiva declared: “Organic agriculture is not just a method of farming. It is a way of life.” 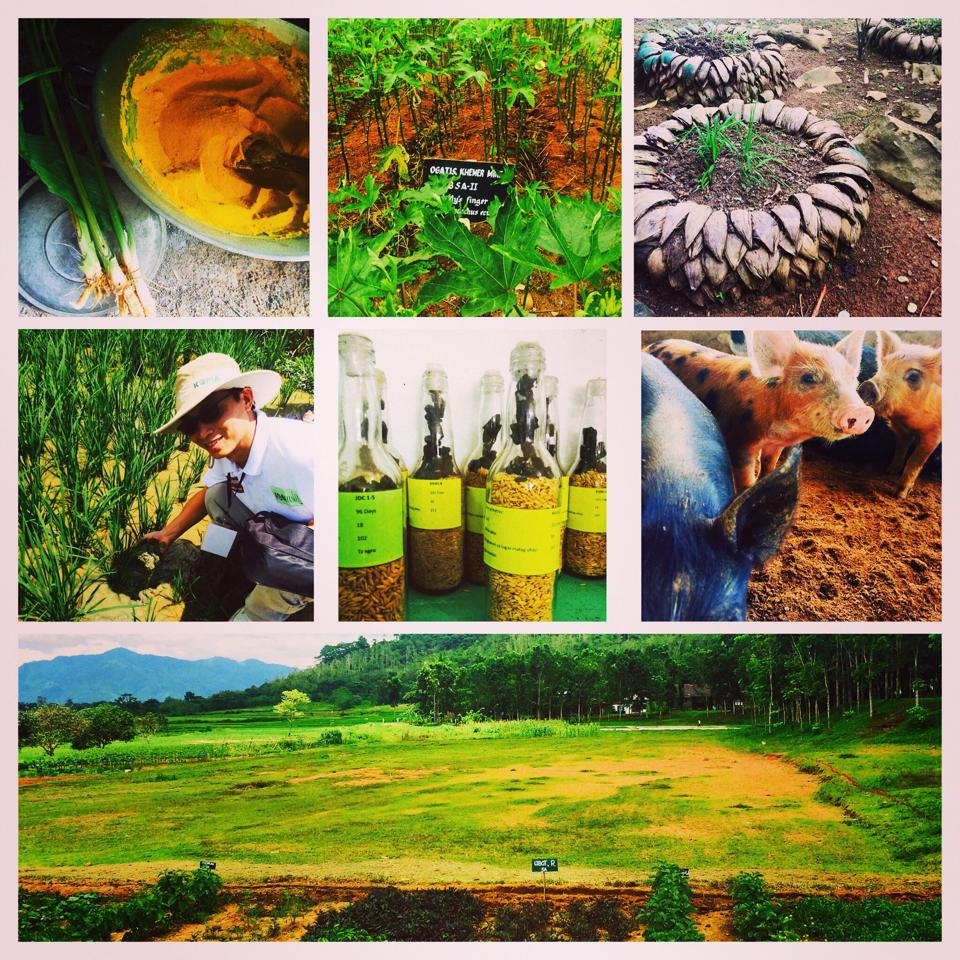 I discarded my relics for safe travel. There was no need for it anymore. This naive city farmer thought she knew it all, and discovered there were acres and hectares to learn from these country farmers. Forty four villages, 50,000 people, and the landlocked town in the middle of Zamboanga gave me a wealth of wisdom to take home.

Touching down again in Manila, it’s time to put on my city farmer’s boots, break ground, and plant a seed where I live.

All photos by the author.