It is reductive to think of a holiday in Finland simply as a journey to the country that has the cleanest air in the world, where 75 per cent of the land is covered by forests, and where there are roughly 2.3 million saunas, a veritable credo for the locals. 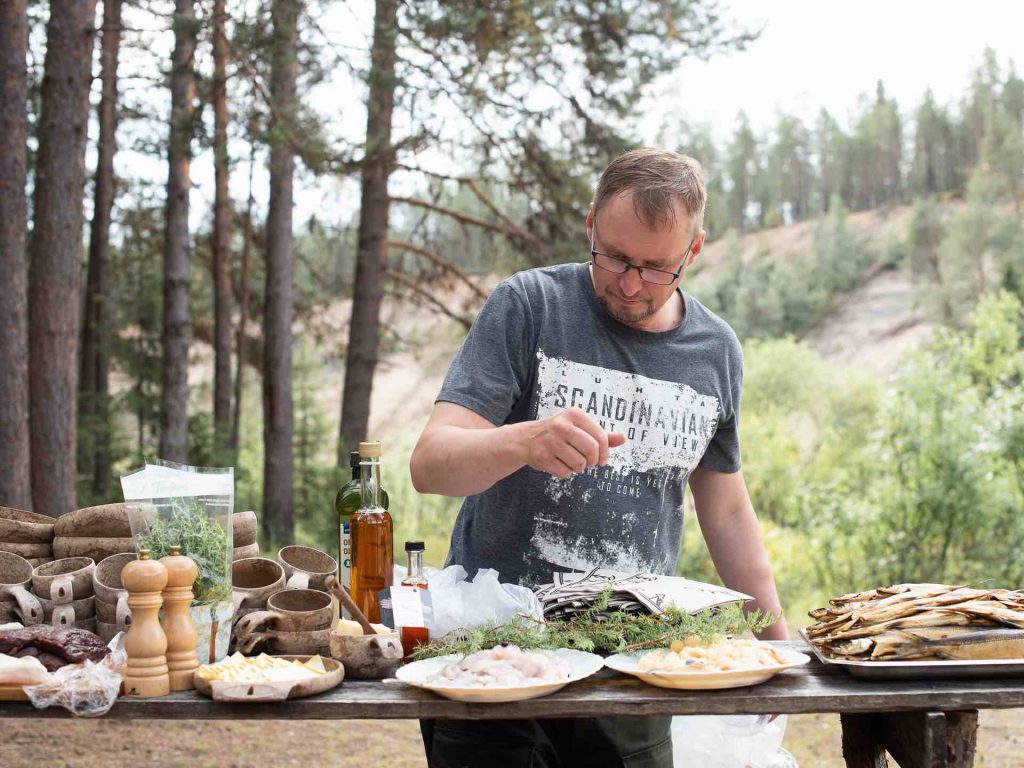 No, Finland is much more than that: it is also a place to take care of the body and the mind, where it is possible to connect with the land and rediscover a lifestyle that is healthy for the planet and for the individual.

One thus inherits the “silent knowledge” of the populations who lived there thousands of years ago, custodians of ancient traditions based on respect for nature, on the “slow life” and on food as a gift to humanity, hence deserving of respect. It is a way of rediscovering and reestablishing the bond with nature which exists inside every one of us, but which, perhaps jaded by modern living, we have severed or simply forgotten. 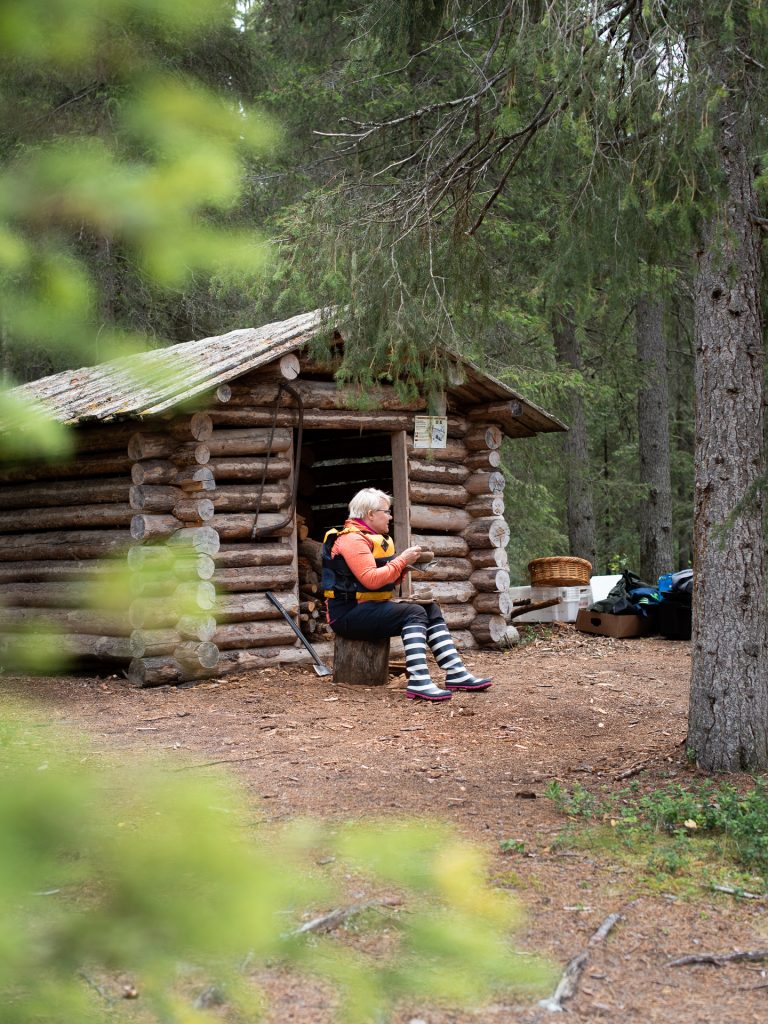 Carlin Petrini’s principle of “good, clean and fair” has materialized as if by magic in the Slow Food Kuusamo-Lapland Convivium, founded last spring, whose members include ten or so researchers and entrepreneurs spread across lakes and birch and fir woods – the typical landscape that can be admired by anyone who visits these uncontaminated regions. On August 17, in conjunction with local and national institutions, they organized a “Wild Women’s Canoeing” event, during which 40 women rowed 26 kilometers down the River Oulanka. They stopped off on the way to taste local food products, and at the end of the day, after relaxing in saunas, where they were pampered with wild herbs and massages, they enjoyed a special “Slow meets Wild” dinner and lectures on Finnish mythology that enhanced their understanding of the connection between nature and human beings.

The Convivium members include restaurateurs like Jarmo Pitkänen of Studio Restaurant Tundra, a chef specialized in wild food and everything that grows spontaneously, and entrepreneurs like Juha Kujala and his wife Jenni, a member of the fifth generation of a family of reindeer breeders, who run the Kujala Reindeer Farm overlooking Kuusamo, with total respect for the welfare of the animals. Plus people such as Tanja and Matti Pohjola, who manage a restaurant in a wood house built 100 years ago, where they serve dishes made with local ingredients, and also organize fantastic “sauna tours” featuring massages with birch and juniper twigs and – you guessed – a bathe in the cold water of the lake.

The aim of the Kuusamo-Lapland Convivium project is to be in harmony with the environment, to restore the proper value to food and to respect the people who produce it eco-sustainably. The Convivium itself came into being as a result of the meeting between Anne Murto, a tourist operator and activist in Kuusamo, and Eija Tarkiainen, a writer and educator, author of a book whose title translates as Free Your Wild Nature, as yet unpublished in English, in which she explains how to find one’s inner self through ancient Finnish wisdom. 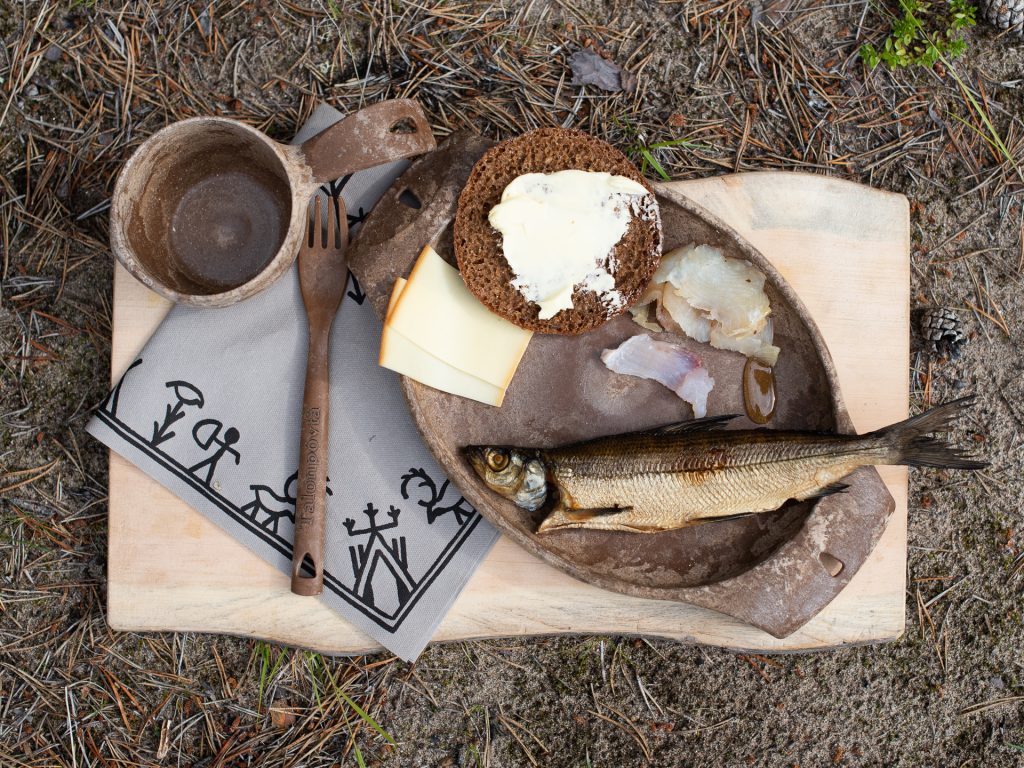 What makes Kuusamo-Lapland stand out among the world’s most northern convivia is the importance it attaches to human health as the union of body, mind and soul. By reviving ancient body care traditions and the mythology of the Finnish epic poem, The Kalevala, of which it is the custodian, the Convivium promotes a lifestyle that leads to individual mindfulness and responsibility. 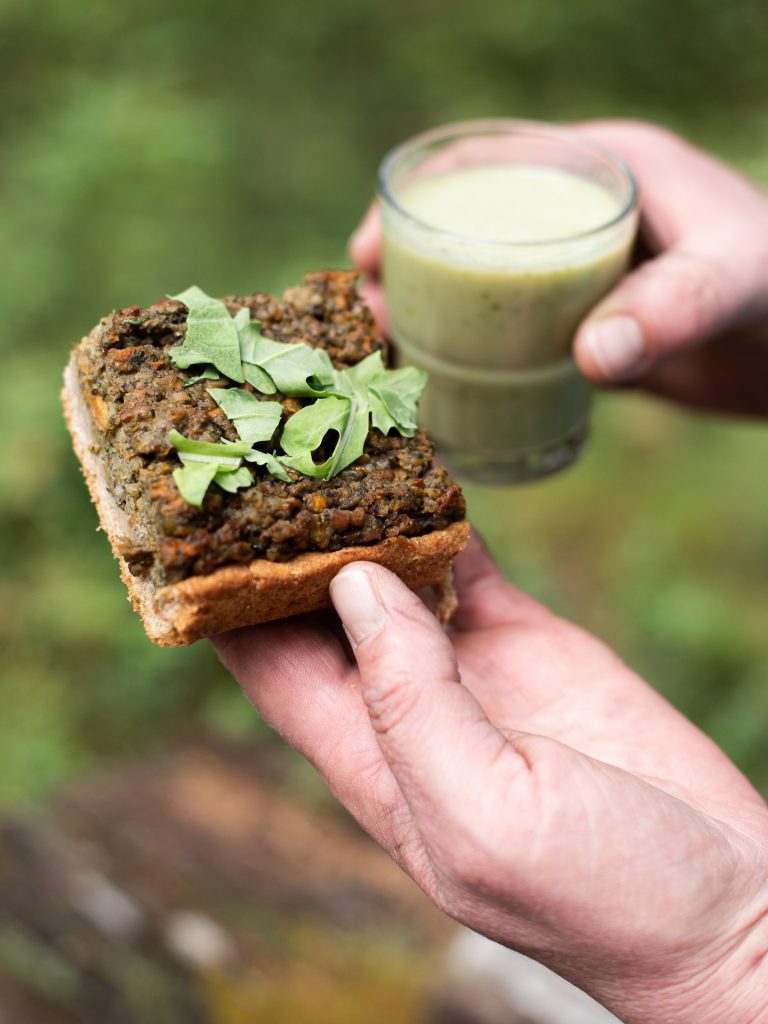 This sense of awareness also derives from one of the cornerstones of the Finnish way of life, namely “Everyman’s Rights,” which grants everyone the right to enjoy nature and all its fruits, provided they respect them: from the berries that grow abundantly in the undergrowth to mushrooms, to the uncontaminated wilds of the Kuusamo area, known as “The Land of National Parks,” where anyone can camp free of charge.

This philosophy is totally embraced by Jarmo, a Convivium member who runs the 30-cover Tundra restaurant a few kilometers from Kuusamo in summer, and makes pottery in winter. “Everyone has to accept what nature gives,” he says. “There can be no control, only acceptance of and gratitude for what the land has to offer every year.” This is why he uses each and every part of any animal “sacrificed” and transforms them into dishes in his restaurant kitchen.

Food and wellness tourism is one of the draws private entrepreneurs, local agencies and national institutions – among which Naturpolis Oy, Food from Finland and MTK Lomalaidun – are exploiting to implement the invaluable vision of Slow Food Travel. The aim is to promote truly sustainable tourism and bring benefits to the Ruka-Kuusamo area, its inhabitants and its untamed wild nature by ensuring visitors from all over the world authentic educational and transformative experiences conducive to a greater sense of responsibility for their own health and that of the planet. The land of the five parks has so much to offer: 180 kilometers of hiking trails through its woodland – the natural habitat of bears, reindeer and birds – opportunities for fishing and admiring the aurora borealis, accommodation for 12,000 people and 64 restaurants and cafés in which it is possible to savor authentic “Arctic flavors.” Not to mention the offer of a variety of winter activities, such as excursions on sleighs drawn by huskies and reindeers. There are so many ways for transforming a holiday in Finland into an exploration of one’s own inner self and discover the essence of life – namely the simple things and respect for all that surrounds us.