Archive » Country of origin labeling: France at the finishing line, Italy still on the starting blocks

A new law came into force in France on the first day of the new year and it promises to be a pioneering measure. For the next two years, it will be compulsory to indicate the country of origin of the meat and milk contained in processed food product labels. The initiative applies to products that contain at least 8% meat and 50% milk.

Already at the forefront in the fight against food waste (with Italy hot on its heels), France is now implementing an EC regulation which allows single member states to introduce national legislation on compulsory labeling, if their citizens declare themselves to be in favor.

Italy first promoted the battle on origin labeling when it applied to Brussels for authorization to label milk and its by-products with information about the countries in which they were produced, processed and packaged. But though a decree making origin labeling compulsory for milk and cheese was signed by the Italian minister for agricultural policies, Maurizio Martina, and the minister for economic development, Carlo Calenda, on December 9th 2016, today, more than a month on, the measure has yet to be published in the Gazzetta Ufficiale, the official journal of record of the Italian government. 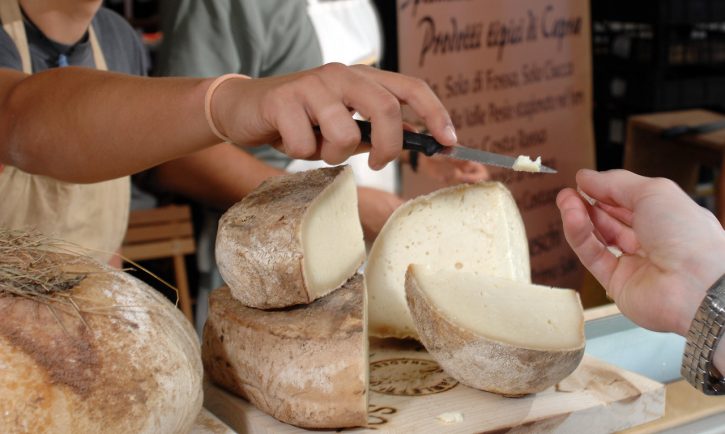 This is important because the longer the decree takes to become official, the longer it will take for compulsory labeling to come into force, and the application of sanctions for any infringements will thus be delayed. In Italy, two-thirds of ham is made from pigs raised abroad, and three-quarters of long-life milk comes from foreign dairy farms, yet to date, it is only compulsory to indicate the origin of fresh milk, with labels failing to specify the country of origin for the milk used in non-PDO cheeses and milk by-products. It is thus possible to buy an “Italian” mozzarella which has been processed with milk or curds from other European countries but without this being specified on the label.

In fact, Italy imports 24 million liters of ‘milk equivalent’ every day, in the form of tankerfuls of milk, semi-finished products, cheeses, curds and casein protein powder, which are then packaged or processed and, unbeknown to consumers, become “Italian” cheeses and “Italian” milk. (source: Coldiretti)

The time has come for Italy and other countries to follow the French example, as requested by 96,5% of the 26,000 citizens who took part in an online public consultation on agricultural and food product labeling conducted by the Italian Ministry of Agricultural Policies.

Slow Food has always stressed the need for greater label transparency. Yet the European Commission continues to ignore the wishes (and common sense) of citizens demanding clear indications of origin on labels. By continuing to opt for a voluntary indication of origin instead of a Community-wide obligation, it is thus privileging the interests of large industrial lobbies over those of consumers.

Pierre Rabhi: agroecology loses one of its founding fathers

Agroecology loses one of its founding fathers in Pierre Rabhi, farmer, writer and philosopher, a long-time friend of Slow Food, who has died at the age of 83. A pioneer of agroecology, Pierre Rabhi was an Algerian man who moved to France in the 1960s. He was an international expert in the fight against desertification, …

On December 5th,we celebrate World Soil Day, and this year we have one more reason to do so: the EU soil strategy. A document by the European Commission might not sound like a game changer, but it has the potential to be one. With a combination of new voluntary and legally binding measures, the strategy …

Slow Food heroes: eating together to face the future

Daniele Rossi is an Italian cook and restaurant owner in Barcelona. During the Covid-19 emergency he participated in the Comer Contigo (Eating with you) initiative, which provided 23,000 meals a day to hospitals and the homeless.

Indian Farmers’ Protest: “Our battle is only half won”

Ever since the Indian Parliament announced a series of new laws commonly referred to as the Farm Bills in September 2020, the country’s small-scale farmers have risen up in protest against them. Why? Because the Farm Bills would have given the “invisible hand of the market” even more power in India, doing away with the …

The New CAP is a Failure for Citizens, Farmers and Nature

The reform of the Common Agricultural Policy (CAP) does not adequately address the urgent problems of climate change, the loss of biodiversity and the lack of fairness in the distribution of subsidies. Rather, it favors an industrial agricultural model that rewards hectares over sustainable practices: the larger the plot of land, the higher the reward. …