Archive » COP26: What do we want from the climate conference?

COP26 is the United Nations conference on climate change for 2021. For more than a quarter of a century the UN has brought together almost every country on Earth for these global climate summits—called Conference of the Parties—or COP. During these summits participating countries work together towards reaching agreements on how to tackle climate change. This year the 26th annual summit will be held; COP26 will be chaired by the United Kingdom and hosted by the city of Glasgow. For more information on COP26, check out the official website. 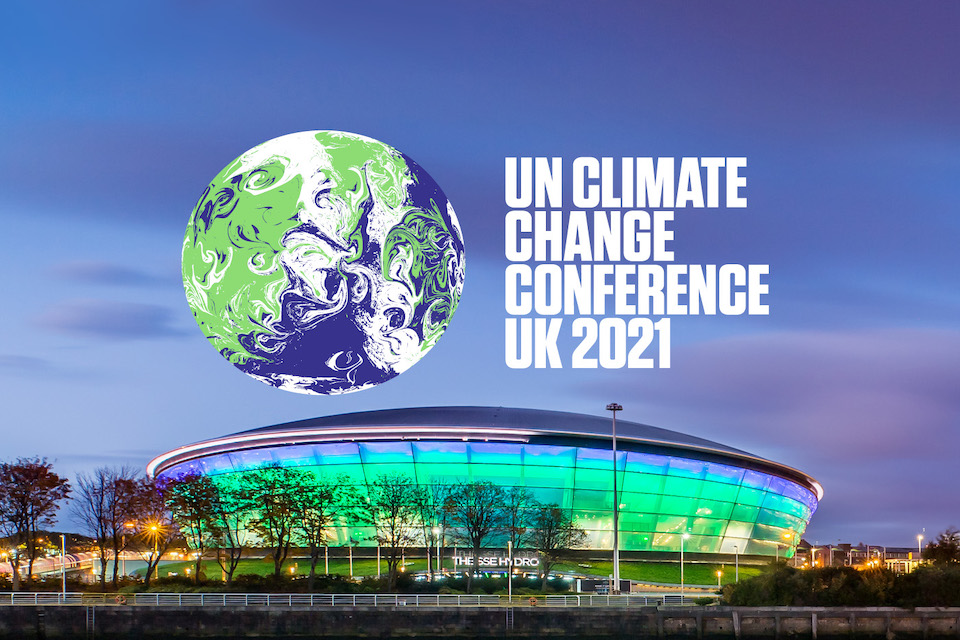 What to expect from the talks?

There is little reason for optimism ahead of these talks. The last COP to result in the signing of a significant treaty was COP21, held in Paris in 2015, yet the evidence suggests the Paris Agreement has failed to deliver. We are on a steady course for a climate catastrophe: the Emissions Gap Report[1] published by the UN Environment Programme (UNEP) on October 26, 2021, claims we are on track for a 2.7°C global temperature rise by the end of this century. This is almost double the desirable upper limit to global temperature rise set out in the Paris Agreement, which aimed to limit the increase to just 1.5°C.

Even the organizers of COP26 admit that achieving a new climate deal will be even harder than it was in Paris six years ago. Alok Sharma, the UK cabinet minister responsible for the conference, has said: “It was brilliant what they did in Paris, it was a framework agreement, [but] a lot of the detailed rules were left for the future.”[2] As so often happens with complex political tasks, the can has effectively been kicked down the road, the responsibility passed on to tomorrow’s politicians in a deadly game of hot potato.

Differing responsibilities for the crisis

One of the key differences between the Paris Agreement and the earlier Kyoto Protocol of 1997 is that Kyoto set binding targets for developed countries (mainly Europe and Australia—the United States never ratified the treaty and Canada withdrew in 2011[3]), while the Paris Agreement allows for non-binding, nationally-determined targets[4]. These targets, however, are applicable to all signatories; there is no division between the responsibilities of developed and developing countries. This is despite an even earlier recognition by the UN at the Rio de Janeiro Earth Summit of 1992 that there are common but differentiated responsibilities[5], i.e. that all nations share a duty to protect the environment, but do not share equal levels of responsibility for its destruction.

At the same time, those developing countries being asked to develop their own plans and policies to mitigate the impact of the climate crisis are drowning in debt. This is despite noble initiatives like the Multilateral Debt Relief Initiative (MDRI), adopted by the G8 in 2005, which offers cancellation of debts owed by heavily-indebted poor countries to the World Bank, the IMF and the African Development Bank. The total amount of debt canceled by this agreement was just $3.4 billion[6], shared among 19 countries, or less than $200 million each on average. By contrast, the external debt payments of Uganda alone will total $739 million in 2021, rising to $1.35 billion a year by 2025[7]. 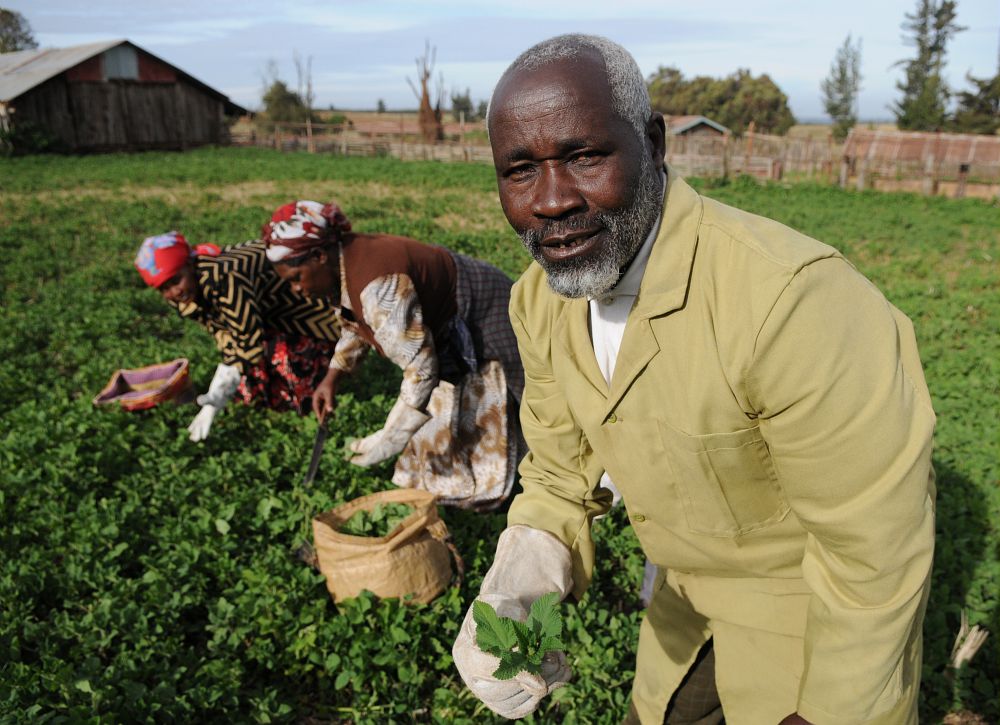 The impact of the food system

Then there’s the food system. The latest research confirms that around a third of all global emissions can be traced back to the food system[8], with the vast majority being created by intensive, industrialized agriculture. While there are some positive signs, they are only relative: For example, while total global emissions rose from 36.5 gigatonnes (Gt) in 1990 to 52 Gt by 2015, the figures for food systems show a less dramatic increase, from 16.1 to 18 Gt.

This is hardly cause for celebration. Nor is the fact that some regions of the world (Europe, Russia and Latin America) have seen a slight decrease in their food system emissions over the same period. Why? Because these modest reductions are more than canceled out by the enormous increases in food system emissions in North America and Asia over the same period: both continents saw an emissions increase of around 25%. As the climate crisis is a global phenomenon, the efforts of any single nation—or even continent—will be in vain if they are not matched worldwide.

One of, if not the main food-related problem we face in achieving the radical change necessary for the future of life on this planet is our consumption of meat, particularly cattle. The emissions generated by animal farming are multifaceted, and should be understood to include the emissions generated by deforestation and land-use change (e.g. clearing carbon-absorbing woodland to create space both for the animals themselves and the crops we grow to feed them)[9].

Indeed, when the production of livestock feed is accounted for, the meat sector accounts for 57% of all food system emissions[10]. Again, as with all aspects of global emissions, there is a wide degree of variance between countries and continents. While meat production remained relatively stable in smaller, poorer countries from 1961 to 2018, over the same time period the United States almost tripled production from 16 to 46 million tons a year, while in China meat production grew from 2.5 to 88 million tons, an increase of over 35 times[11]. 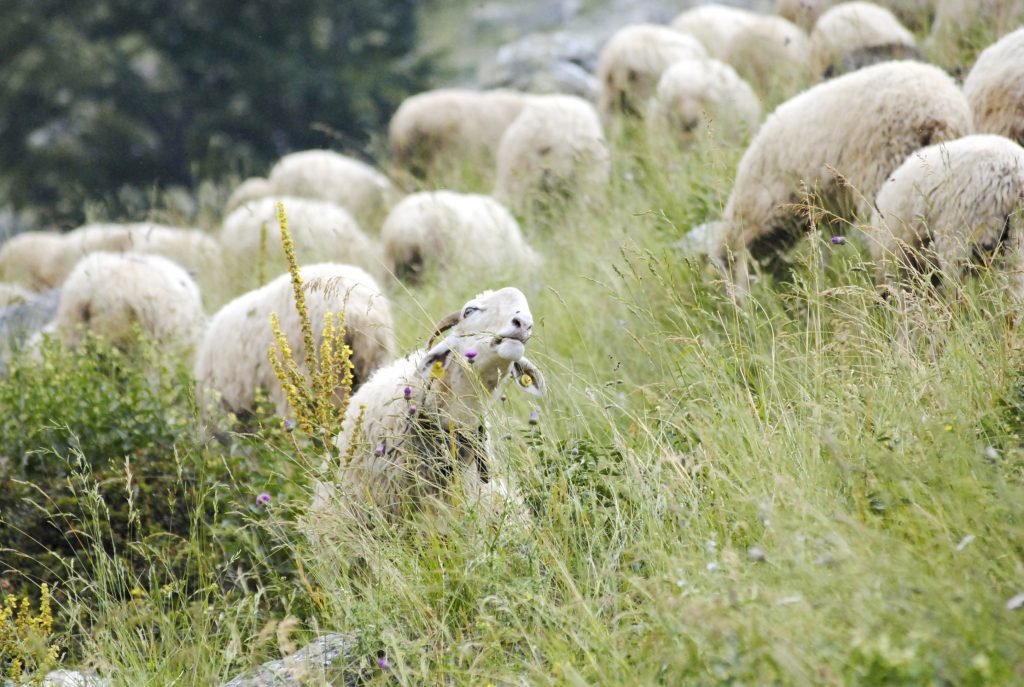 As well as being a major contributor to emissions (particularly of methane, which is 80 times more potent than carbon dioxide in its first 20 years in the atmosphere[12]), the global food system is the biggest driver of biodiversity loss, threatening tens of thousands of species. There will be no joy in a future where we contain warming to 1.5°C but do not stem the tide of the Holocene extinction, because such an ecological collapse would threaten our food security in myriad other ways, notably through the loss of pollinators[13].

Carbon offsetting: who benefits, who loses

As the Emissions Gap Report makes clear, the impact of pledges already announced by the G20 countries for 2030 will only lead to a reduction in emissions of 2.9 gigatonnes[14]: this is nowhere near enough to avoid catastrophic planetary overheating. But the problem goes even deeper: the strategies currently being used to achieve so-called carbon neutrality rely heavily on the idea of carbon offsetting schemes like the EU’s Emissions Trading System[15], whereby wealthy nations and corporations compensate for their own emissions by paying lower-income countries to reduce their own emissions to an equivalent or greater degree.

Paying to reduce emissions in lower-emitting countries so that wealthier nations and corporations may continue to emit greenhouse gases, guilt-free, is extremely problematic. Any strategy to save the planet that doesn’t involve immediate and massive reductions in the emissions of the countries directly responsible for the majority of those emissions is duplicitous and short-sighted.

These carbon offsetting schemes often rely on land grabbing at the expense of indigenous communities. The importance of protecting indigenous land from speculation is recognized by the UN’s Sustainable Development Goals[16], and securing their rights is critical to safeguarding our planet[17]. 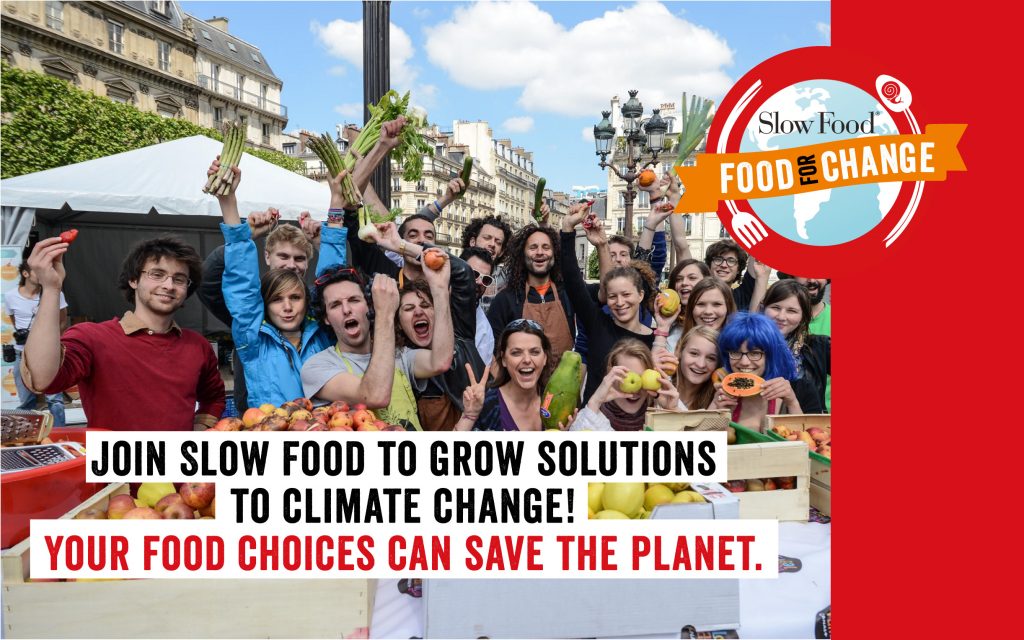 So how are we to implement the radical change necessary for the future of our planet? Slow Food demands much more ambitious binding targets and policies to drastically reduce emissions and save the biodiversity underpinning all global ecosystems. In particular:

While these may seem like wildly ambitious targets, Slow Food believes that only with a level of ambition never seen before, and on a planetary scale, can we have any hope of keeping global warming below 2°C. If Covid-19 has proved anything, it is that humanity is capable of immediate, decisive and collective action in an emergency: the question now is how do we make the world’s political and corporate leaders understand that the climate crisis is an even greater emergency, and by several degrees of magnitude? Our only hope is to unite our voices and demand this radical change together. They are giants, but we are millions.

[9]    Not all meat is equal, of course: there are extensive, pasture-based grazing systems which can be carbon neutral, or even carbon negative, but these account for a tiny fraction of global production. For more information on the Slow Food vision of meat, check out our Slow Meat campaign.

Since its foundation, Slow Food Youth Berlin works with local producers to help them valorize and promote their activities. During the pandemic, this work that has always been mostly done physically has moved online, without losing the usual passion. Katrin and Adèle from Slow Food Youth Berlin created the very first [email protected] box, trying to …

From May 23rd until June 13th, the Slow Food Youth Network opened a call to support local communities with a small fund. The focus of the call was the creation or strengthening of activities for youth empowerment regarding the promotion of local biodiversity and food sovereignty.   The project was asked to show long-term objectives, …

How the Slow Food Youth Network in the Netherlands supported Dutch Farmers, Food Producers and Retail in Times of Covid19. In the framework of the Slow Food Heroes project, financed by European Cultural Foundation, with the contribution of CRC Foundation, here a new story.