The COP22 climate negotiations are underway in Marrakech, one year after the historic Paris Agreement. The future of our planet is at stake, and yet we still don’t fully appreciate how little time we have. A coherent strategy calls for profound changes in our way of living, working, moving, and eating. For those living in richer countries, it means giving up some of the daily luxuries we’re used to. Yet people often think of climate change as a distant problem, less of a priority than the economic crisis, unemployment, migration: yet these phenomena are also linked to the climate crisis.

Slow Food campaigns for a reduction in greenhouse gas emissions from the agricultural sector, which the FAO estimates to be responsible for as much as a fifth of all emissions. To that end, we spoke to Philip Lymbery, Chief Executive of Compassion in World Faming (CIWF), an NGO that works across the world to improve the welfare of animals raised for meat and dairy. Along with Isabel Oakeshott he is the author of Farmageddon: The True Cost of Cheap Meat (Bloomsbury, 2014) and one of the leading experts internationally on industrial animal farming. 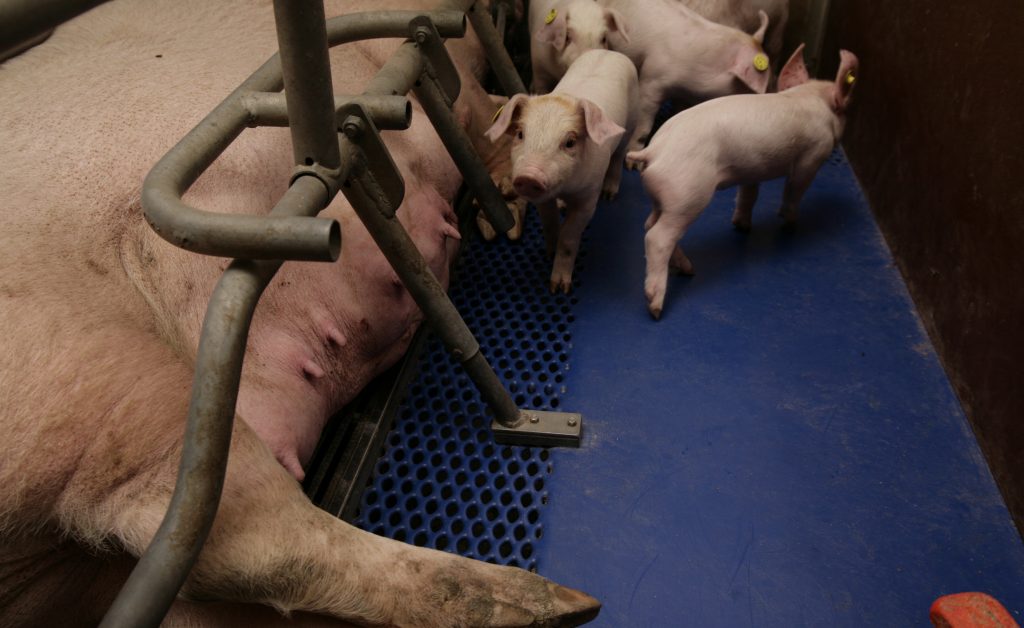 Slow Food: Although the agricultural sector is said to be responsible for 20% of greenhouse gas emissions, mainly from the conversion of forest into farmland, the relationship between food and climate is still somewhat marginal in the overall climate debate. What do we need to do to underline this phenomenon, and try and change the current paradigm?

Philip Lymbery: It really concerns me that agricultural greenhouse gas emissions, particularly those from the livestock sector, are getting such a low profile in the whole climate debate. Farm animals already contribute 14.5 per cent of total greenhouse gas emissions, more than all the planes, trains and cars put together. According to the UN Food and Agriculture Organization (FAO), over the next 35 years, demand for meat is likely to double. A report by the organization, published in 2006 under the title ‘Livestock’s long shadow,’ warned that the next few decades will see a huge population explosion in farm animals.

Already, 70 billion farm animals are reared for food every year. In 2050, the organization estimates that there will be 500 million more cattle, 200 million more pigs, a billion more sheep and goats, and 18 billion extra poultry on Earth than there were in 2005. Should we allow that to happen, the loss of wildlife will surely be incalculable. In addition to triggering the destruction of habitats, rising meat production is likely to accelerate one of the other big drivers of mass extinction: climate change.

The UN warns that global warming must be kept within two degrees Celsius by the end of the century or the consequences will be catastrophic.

To do this, greenhouse gas emissions in 2050 will need to be 70 per cent lower than in 2010. Scientists working on how to reduce emissions from livestock – so called ‘mitigation’ measures – believe that there are ways to achieve reductions of up to 30 per cent. However, expansion in agriculture is predicted to wipe away any ‘mitigation’ saving – and much more besides.

As things stand, agriculture is set to near double (up to 80 per cent) its total greenhouse gas emissions. So significant is the role of agriculture in this looming crisis that if things continue as they are, the ‘safe limit’ of a maximum two degrees Celsius temperature rise could be reached as a result of agricultural emissions alone. 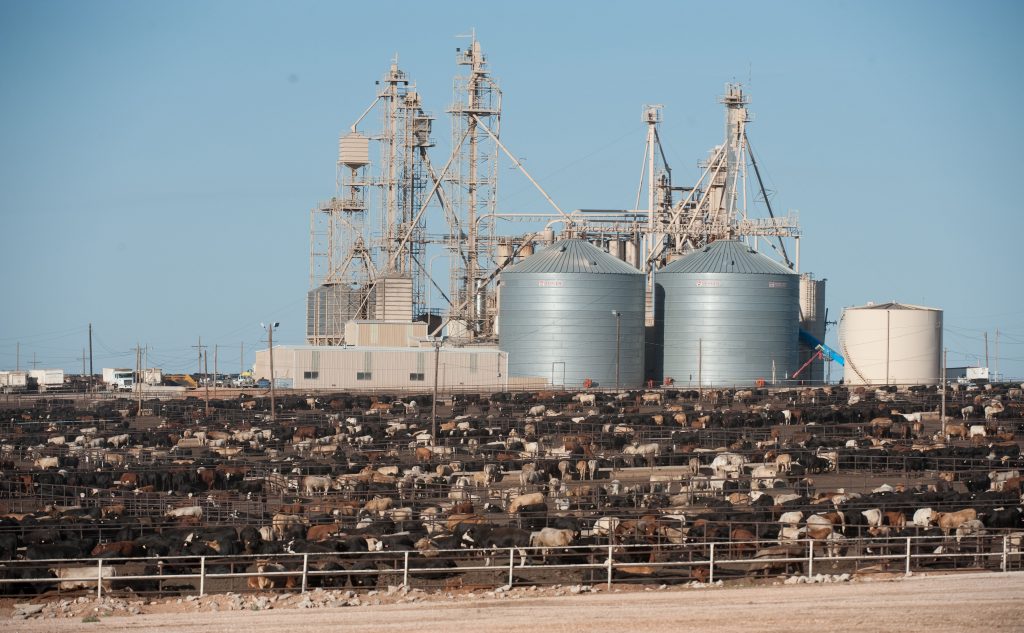 The first world conference dedicated to climate change was organized in 1979: now 37 years have passed, and though progress has been made, the questions being discussed are always the same. Why do you think the promises made are not transformed into concrete action? How can we be sure that the commitments made will be upheld?

I think a big reason for it being so difficult to get concrete action on climate change is that the damage—although mind-bogglingly long-lasting—isn’t so obvious right here, right now. And against societal norms where governments think in five-year electoral cycles, corporations think of their next set of financial results, and our economic system depends on infinite growth in a finite world, we are conditioned to plan for short-term goals, even when this might be at the expense of the future. Climate change is a classic case. Our inactivity today will be felt by our children’s children. They will look back on our generation as the generation that could’ve done something but didn’t.

Tackling climate change means slaughtering some sacred cows. It means facing up to some uncomfortable truths. Like the fact that meat, particularly from industrial farms, is the villain of the piece. Most livestock products—meat, milk and eggs—generate substantially more greenhouse gas emissions per unit of protein than plant products such as grains, vegetables and pulses. The Chatham House study underscores the point that global temperature rise is unlikely to stay below two degrees Celsius without reducing consumption of meat and dairy. 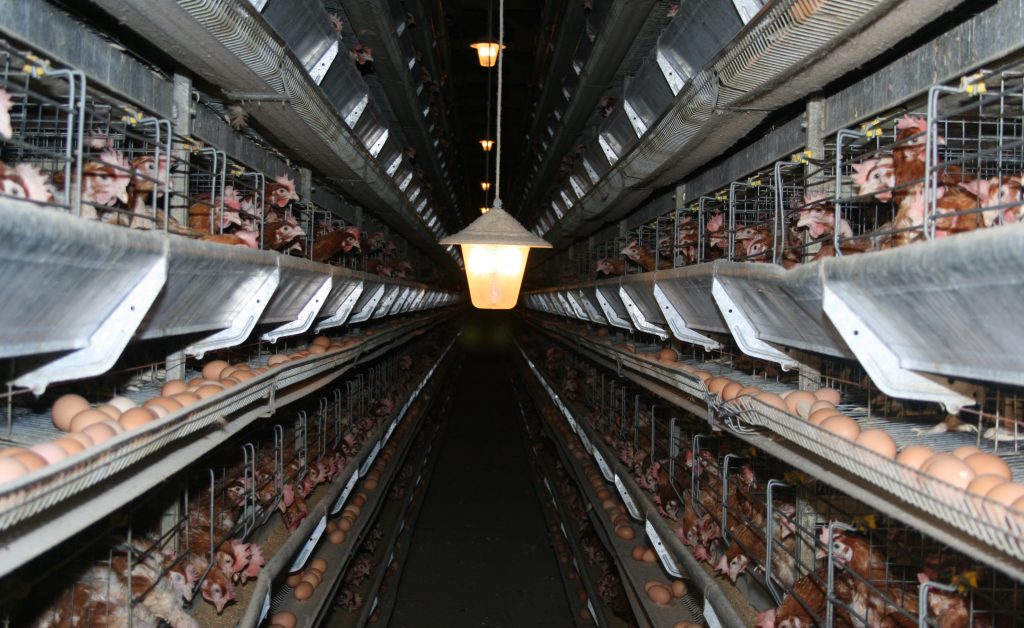 What is the next step after COP22? What are the most urgently-required actions to be taken?

A key action point after COP22 is to recognise reducing overconsumption of animal products is a big part of what needs to be done to stop run-away climate change. Everyone can play a part in this, in reducing meat consumption. For example, by trying to give up meat once a week. It’s going to be good for your health, it’s going to save you money, it’s great for animal welfare and it’s great for the planet. Eat less and better meat is my simple message. And by better meat, I mean that which comes from animals that were pasture-fed, free range or organic.

The developed countries have been the biggest polluters from the beginning of the industrial age until now, but in the future, the developing countries will play an ever-larger role. Do systems which are virtuous for the environment, humankind, and animals and ethically “just” for developing countries exist? Is it possible to think about forms of collaboration or technological aid from richer countries to poorer countries, that help them to grow without creating the same kinds of damage to the environment that our own development has caused, that is, without repeating the mistakes of our industrial past?

It is often suggested that factory farming is the way forward – producing more meat from confined animals fed on grain – for reducing greenhouse gas emissions. This is tantamount to solving one problem but creating multiple others. It is fundamentally inefficient, squanders land and water, and is highly polluting in other respects, not to mention cruel to the animals involved. The UN Food and Agriculture Organization (FAO) concurs that a wholesale shift to the industrial approach to raising animals would be the wrong thing to do in the fight against climate change, saying improvements in practices rather than switching production systems is the key.

So I see a future where both developed and developing countries embrace food production that is once again rooted in the land. And recognition of the need to do this has never been more urgent.

In the words of the UN Special Rapporteur on the Right to Food, Hilal Elver, “there is a need to encourage a major shift from current industrial agriculture to transformative activities such as conservation agriculture (agroecology).”

By switching away from industrial agriculture – factory farming – we may just stop billions of animals suffering a lifetime of cruelty and at the same time have healthier food that protects the environment for our children and our children’s children.

Now, to me, that seems like a legacy well worth having.