Archive » A Community Champions the Cause of a Local Vegetable, Preserves Biodiversity 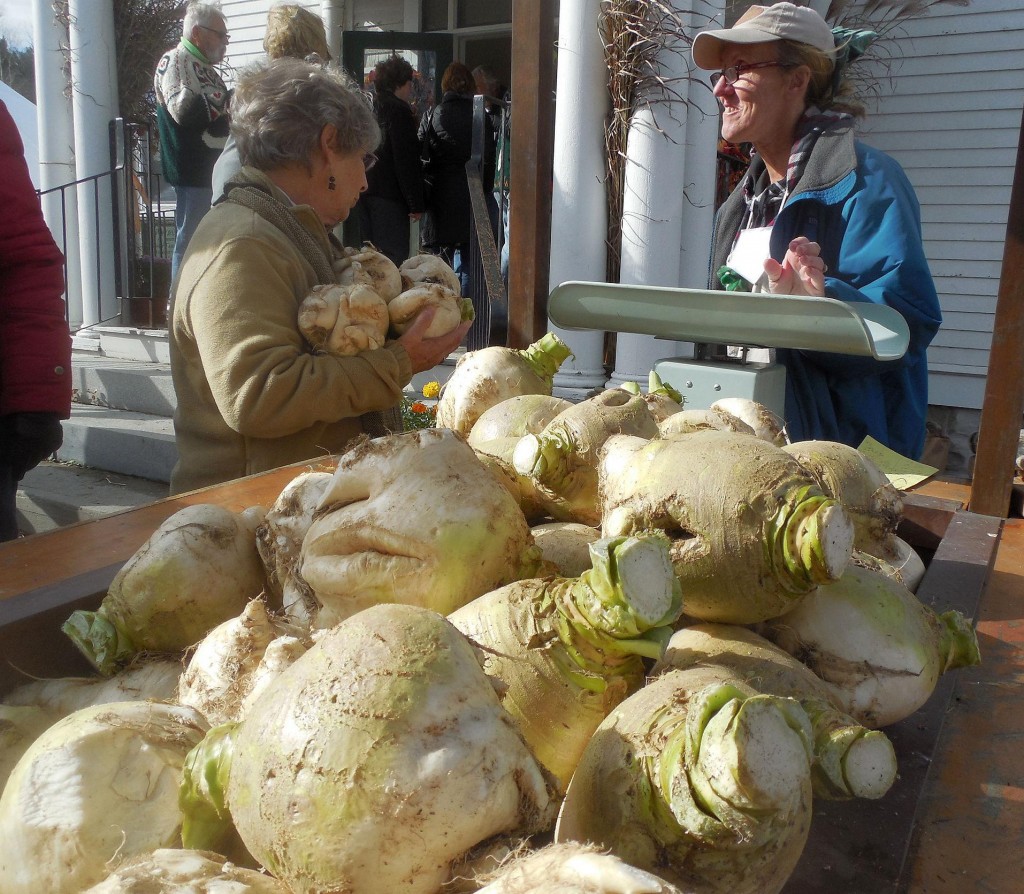 One school group in Vermont, USA, has managed to achieve State Vegetable status for a special-tasting turnip. This same vegetable has also been admitted to the Slow Food Ark of Taste to draw attention to the risk of extinction it faces. A community and their turnip are out to prove that biodiversity and good taste go hand-in-hand.

The Gilfeather turnip is credited to farmer John Gilfeather from Wardsboro, Vermont. Its roots in Vermont’s history are deep, dating back to the early 1900s. Since 2002, there has even been an annual Gilfeather Turnip Festival in late October, a one-day fundraising event for the local library. But what keeps this community rallying around a much-maligned and overlooked vegetable?

We dug up an article published by Horticulture Magazine in 1981 to shed some light on the story.  The following is an excerpt from an article by Gordon Hayward that helps give some insight as to why the Gilfeather is so special and why we might all want to give the turnip another try.

A treasured vegetable comes to light in Vermont

The turnip is generally regarded as a lowly vegetable. In the seed catalogs it is relegated to a fifth column near the back and is invariably preceded by page after splashy page of photographs of plump and very red tomatoes. Rarely is there a picture of a ‘purple top’ or ‘shogoin’. Even ‘Tokyo cross hybrid’ rarely gets its profile printed. Most people consider the turnip vulgar: put it in the stew and it becomes obtrusively so.

A handful of gardeners in southeastern Vermont have been quietly raising turnips since the 1930s. The variety they grow is called the Gilfeather turnip. Here’s a short excerpt from the story of this vegetable–a story that took me nearly four months to piece together.

One day, Al Lynch, a friend and fellow gardener, gave me a Gilfeather turnip. Not really liking turnips all that much, but pleased to have an indigenous Vermont vegetable, I took it home. After all, not many states can claim their own vegetable.

The unattractive, oblong root had a rough skin, quite unlike that of a good ‘Tokyo cross hybrid’. I put it in the cellar and there it sat with the ‘Hubbard’ squash and potatoes for a week or more. Both my wife and I found it difficult to get excited about cooking the thing.

A week or so later I asked my friend Al how best to cook it. He suggested boiling equal amounts of potato and turnip and then mashing them together. We did so, but before mixing them, we tasted the turnip and discovered that the white root had a delicious flavor. The texture was smooth and when mashed with spuds it further sweetened our already sweet ‘Green Mountain’ potatoes.

The next time I saw Al I told him how pleasantly surprised we were at the taste of his turnip. He was not surprised; he’s heard that same response time and time again…

This good taste still has locals in Vermont standing up for the Gilfeather. As the result of a two-year effort by students at the Wardsboro Elementary School, the turnip is being inducted as the state’s official vegetable. Students appeared at hearings at the state house in Montpelier on multiple occasions, expertly testifying and giving illustrated presentations about their humble, homegrown turnip before both house and senate committees. The community has also developed a hand-bound cookbook that shows how to make the most of the turnip’s unique flavor and gives some insight into the vegetable’s rich heritage. All of this seems to promise a bright future for the Gilfeather. 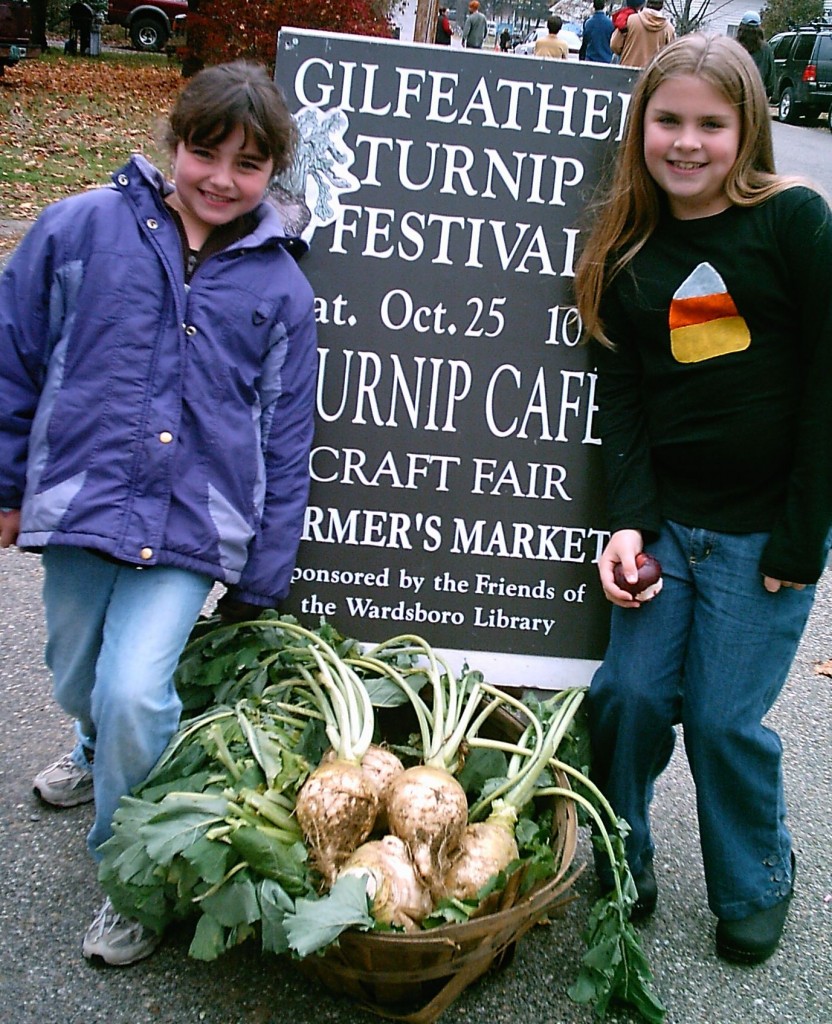 Beyond the story of a vegetable finally getting the appreciation it deserves, there is a deeper meaning here about the importance of local communities protecting the diversity of their agricultural products. Without these small-town gardeners and farmers to raise it, and a community of enthusiasts to stand up for it, the Gilfeather turnip could have easily gone the way of so many other vegetables—extinction. In fact, the United States has already lost 95% of its agricultural biodiversity, largely due to the industrialization of food. As biodiversity reflects the ever-important, complex relationships between human society, cultivated plants, and the environment, this success story is one that bears repeating.

Nominate a local food for the Ark of Taste

Visit the Gilfeather turnip on the Ark of Taste