At least ten million people are employed in European agriculture every year, mainly as seasonal workers and day labourers, many of them often falling prey to widespread exploitation. Yet, this unfair and inhumane situation remains mostly invisible, leading civil society organisations across Europe to unite and demand rights and social justice for farm workers. Many of them, Slow Food included, are convinced that agroecology is the key approach for the future or European agriculture, as it respects the environment, animals and the people producing food.

Yesterday, a letter signed by Slow Food Europe and over 250 other organisations and individuals across Europe was sent to the attention of the main EU and national decision makers on agriculture and social rights policies, highlighting the need for “social conditionality” to be included in the final Common Agricultural Policy (CAP) file.

Social conditionality is the concept whereby farming subsidies, in this case payments distributed under the Common Agricultural Policy, are conditional upon the respect of farm workers’ social rights, such as a fair pay, safe working conditions, the right to paid sick leave, just to mention a few. The protection of farmers and farm workers’ rights are essential components of agroecology, which is too often described only as an agricultural model. To transition towards a truly sustainable food system in the EU, both social conditionality and agroecology must be mainstreamed in EU food policies, starting with the CAP which is currently being discussed between EU institutions. 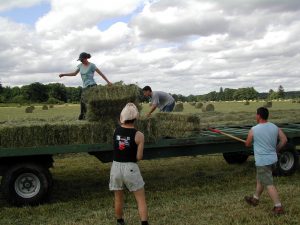 The case for Social Conditionality

Millions of people are employed in European agriculture, mainly as seasonal workers: despite being defined as “essential” by the EU institutions and national governments when COVID-19 hit last spring, their lived experience is often one of inhuman working conditions, poor wages, long working hours, undeclared work and sub-standard housing.  Workers have never featured in the CAP which accounts for about one third of the EU budget. While CAP subsidies are now increasingly distributed on the condition that farmers respect certain basic environmental and animal welfare standards (which still need to be seriously improved and strengthened), compliance with human and labour rights currently plays absolutely no role in the allocation of direct payments. This is why, unsurprisingly, the CAP has thus far largely failed to improve agricultural workers’ conditions.

In October 2020, the European Parliament adopted its position on the Common Agricultural Policy. Despite truly disappointing results from the environmental point of view, the Parliament voted for CAP direct payments to become conditional on the respect for the applicable working and employment conditions under relevant collective agreements, national and EU law as well as ILO (International Labour Organization) conventions. This essentially means that farmers can only receive CAP subsidies if they respect employment and working conditions for farm workers, established on the national and international level: if the employer does not respect the basic standards, he should not be eligible for subsidies. However, this achievement is currently under threat as several EU Member States wish to remove this element from the conditions for CAP direct payments, stating that this would complicate the situation for farmers by adding too much “red tape”. 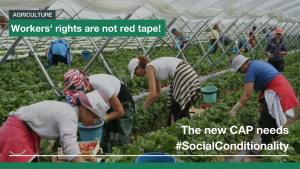 Agroecology and the social dimension of agriculture

In a recently unanimously adopted opinion by the European Committee of the Regions on Agroecology, the connection between agroecology and the social component of agricultural work is made evident, with a clear demand to include the respect for the rights of agricultural workers, namely social conditionality, as a baseline for CAP subsidies. In fact, the Committee’s opinion recommends several very important measures to support agroecology going beyond agriculture, which correspond to Slow Food’s vision of agroecology. For example, it considers that “livestock farmers’ quality of life and animal welfare go hand in hand and deserve an alternative approach to livestock farming”, calls for support to be given to “participatory research with farmer-researchers”, and takes a true “food systems” approach, recognising the need to shape citizens diets by improving their food environment. The Committee of the Regions also recommends to “move from an extractive agricultural mindset to a circular one” with a firm exclusion of genetically modified seeds.

Agroecology is defined as the science of applying ecological concepts and principles to the design and management of sustainable agriculture and food systems. According to Slow Food, and a growing number of other organisations and institutions, agroecology will be the key approach to achieve sustainable food systems that respect the environment, animals, as well as the human beings producing and consuming food.

The challenge is now to translate agroecology into EU food and farming policies, not by simply encouraging the uptake of a few agroecological practises such as organic farming, but by taking an agroecological approach when designing food policies and ensuring the respect of the principles on which the agroecology was founded. 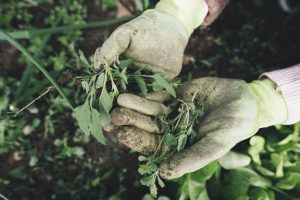 The policy paper on agroecology published by members of the Food Policy Coalition, including Slow Food in January, argues that the Food and Agriculture Organisation (FAO) ‘10 Elements of Agroecology’ and ‘13 Agroecological Principles’ are an effective framework to develop the appropriate instruments and targets for EU policies to mainstream agroecology. Core to these elements and principles lies the social dimension of agricultural practises. For example, one of the FAO’s 10 elements is “Human and Social Values” which include dignity, equity, inclusion and justice, considered essential to mainstream sustainable agriculture on a large scale. The brief also states “Agroecology is also about changing social relations, empowering farmers, adding value locally and privileging short value chains that link consumers and producers”.

“Agroecology is not one of the tools in a toolbox, it is a different toolbox altogether. The EU must recognise agroecology as the key pathway to transform EU food and farming systems, embracing the whole potential of agroecology through the framework proposed above, and translate this commitment into all its future policies relating to food systems.”

Yet, agroecological and sustainable food systems cannot be built if the social dimension is left aside: for this reason, Slow Food will continue fighting for the respect of social rights to become a baseline condition for CAP subsidies, and for EU policies relating to food and agriculture to tackle environmental, health, and social challenges together.

In April 2020, Slow Food signed the joint statement alerting on the dramatic working conditions of agri-food workers during the Covid19 pandemic. 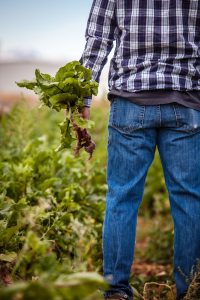