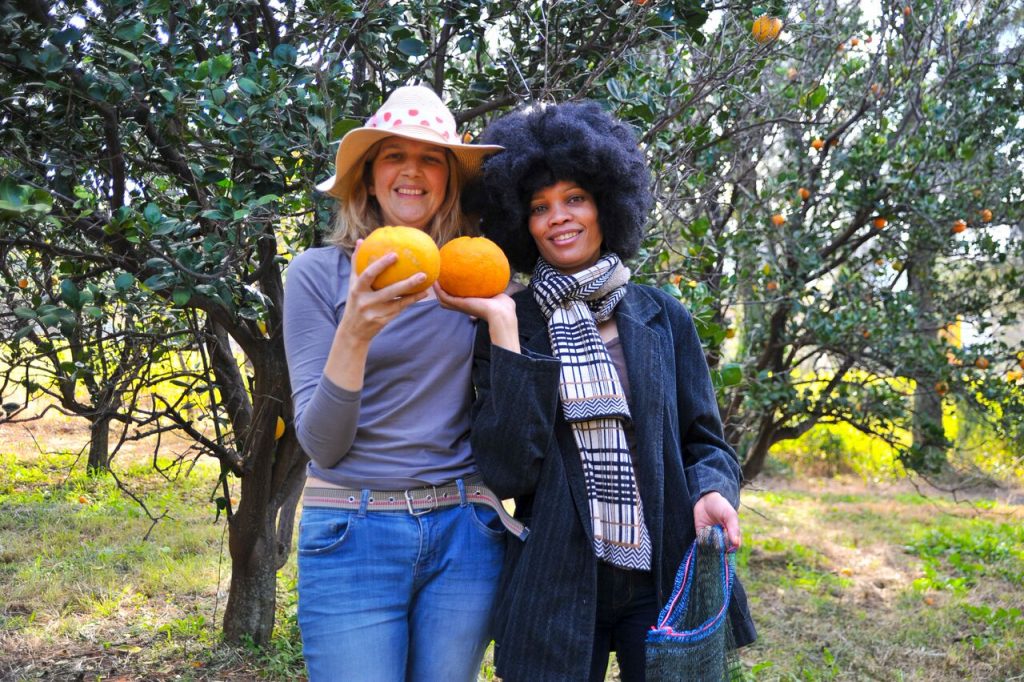 An initiative by the South African Rex Union Orange Presidium, launched by the Slow Food Community of Supporters in Gauteng, South Africa

On Sunday 2 June 2019, the Slow Food Community of Supporters in Gauteng held an event directed at increasing the awareness of a rare local variety of orange.  For the past six years the Rex Union Orange Presidium has been the subject of a community effort to safeguard it against extinction. This initiative consisted of an invitation to the public to visit the farm and harvest the fruit, learn about the heritage, the uses of, and the future of this unique orange variety. Lemoenfontein Farm, near the town of Rustenburg, opened their gates for the day to the public to enable them to discover the orchard, and learn about the work behind safeguarding the orange trees.  A harvest table picnic lunch was arranged in the orchard with visitors scattered amongst the trees on picnic blankets. This event was attended by 125 people and more than 1430kg of fruit was picked by the visitors on the day. This is a wonderful idea to follow in both promoting a Presidium product, and helping fund the project. This low budget initiative was able to collect enough money to pay for 100 new trees to plant in the orchard! 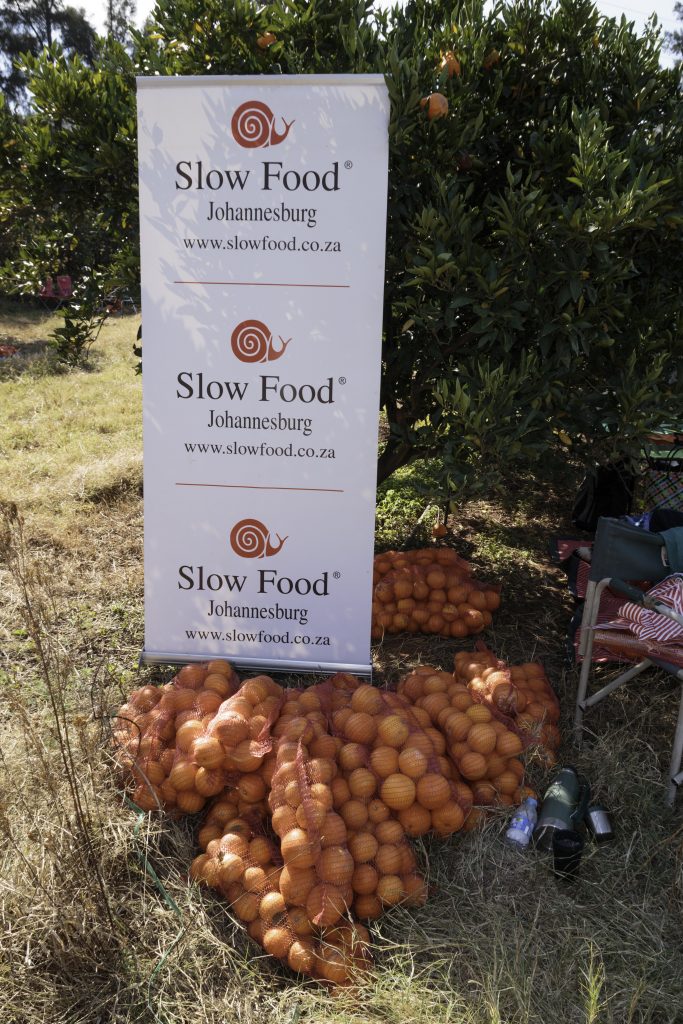 The Rex Union orange is a bitter, but very fragrant fruit, a cross between a Pomelo and Seville orange.  It was created by George Rex in 1905 and planted on a farm outside the town of Rustenburg, South Africa.  For generations the fruit has been used to produce one of the world’s finest marmalades.  The entire known stock worldwide are the 300 trees farmed in this single orchard, which, after the sale of the farm became threatened as the new owner was hesitant to continue with cultivation of these very old trees. There may be some remaining trees in home gardens, but these are difficult to trace. In the last few years, the Johannesburg Convivium, which is now the Slow Food Community of Supporters of Gauteng, has worked to re-establish the profile of the orange and stimulate the processing of marmalade, as well as exploring other uses for them. They convinced the new farm owner to continue growing the trees, and have donated trees, funded by the event, to plant a new orchard.

The project started when the Rex Union orange boarded the Ark of Taste in 2011, the third Ark product from South Africa. In 2018, permission was granted by the farm owner to harvest budding stock and a citrus grower was tasked with grafting the next generation of trees, which will be planted both on the original farm as well as other selected locations, protecting the heritage and ensuring the safety of the variety. Presidium coordinator and organic farmer Rosemary Sneyd collected the budding stock from the farm, had them grafted onto rootstock, and has carefully nurtured the trees in her nursery.  Nearly a year later, the young trees are now ready to be planted at Lemoenfontein farm.

Since the beginning of this project, the production and consumption of the marmalade has doubled annually, making its cultivation an increasingly profitable activity for the farmer. Rex Union marmalade was sold very successfully at the South Africa stand at Terra Madre 2018 in Torino. The  next stage of the project will be to explore collaboration with the cooks of the Chefs Alliance and new farming and marketing opportunities.