Archive » Coca-Cola “Opens Happiness” But Shuts The Mouths Of Researchers

Imagine a corporate giant in the world food industry that has the freedom to preview, interrupt, set conditions for, or manipulate scientific research about its products—not a reassuring scenario for consumers, right? And yet, according to recent research, this is precisely what the Coca-Cola Company is able to do thanks to unofficial agreements.

An analysis of more than 87,000 pages of documents and emails, obtained thanks to the US Freedom of Information Act (FOIA), has revealed the dubious practices that Coca-Cola uses to prevent the disclosure of research results that show an association between the consumption of the famous drink and negative impacts on health. We’re talking here about contractual agreements that authorize the company to suppress or manipulate the results of research funded, even partially, by certain public institutions in the United States and Canada. 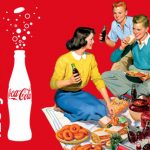 The study, published on May 8 in the Journal of Public Health Policy, was carried out by researchers from the University of Cambridge and the London School of Hygiene and Tropical Medicine, together with the University of Bocconi in Milan and the US-based Right to Know (an association fighting for transparency toward consumers). It shows how Coca-Cola has systematically violated all of the principles contained in its own Declaration of Transparency, scrapping the commitments made regarding the transparency and independence of research and corporate policy. In fact, the results of the research revealed that, in reality, the contracts that Coca-Cola entered into with scientific researchers give the company the power to manipulate or withhold health research about its products, “without any reason.”

For years, studies funded by Coca-Cola have blamed childhood obesity, which is increasingly widespread, on the inactivity of members of the younger generation, while disregarding the high levels of sugar in their drinks. This is exactly the opposite of the long-time position of the World Health Organization (WHO), which has repeatedly alerted governments and consumers to the dangers of soft drinks through numerous publications of studies and guidelines (most recently in March 2015).

While the negative effects of Coca-Cola products on health is well established, the company’s practices in terms of transparency in scientific research are nevertheless alarming. The authors of the research themselves demand a well-defined and shared regulation and greater transparency in order to increase public awareness. We hope that these revelations will open the eyes of consumers, leading to a loss of confidence in and loyalty toward these shameless corporate giants.

As consumers, we cannot wait for governments and scientific institutions to make the first moves: We must take action and distance ourselves from large multinationals that are concerned solely with their own profits, even at the expense of the health of millions of people and the environment.