In this Forum, indigenous delegates from the Slow Fish network came together to discuss the various effects that climate change is already having on indigenous fishing communities all over the world. Each panelist spoke about the challenges that their communities face, as well as the progress that they’ve made.

Susan Balbas, a member of the Cherokee and Yaqui nations and co-founder of Na’ah Illahee Community, moderated the Forum. She talked about the natural beauty of the traditional Coast Salish territory, where she comes from. Known as Salmon Nation because of its rich salmon waters, an irreplaceable resource for the Coast Salish people, the region has faced many problems in recent years: Development along the coast, climate change, decreasing water quality, large dam projects that block migrating salmon, and a general decline in quality of life are just some of the challenges. The good news is that US tribal nations and allies will not accept this any longer and are willing to fight. According to Susan, resistance is diversifying and growing. Last year, plans to create salmon farms and fossil fuel plants in the region were halted. 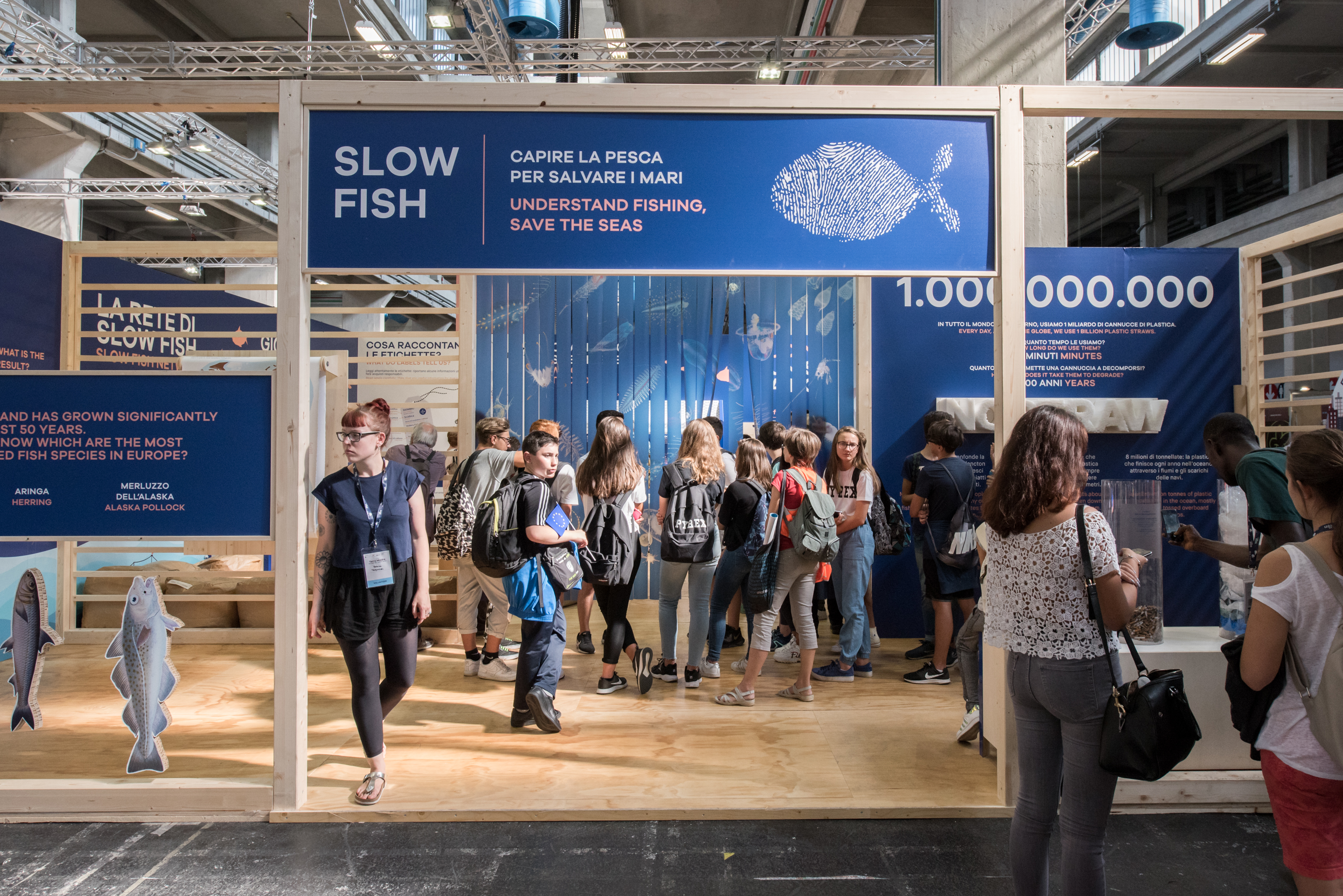 Ekaterina Koroleva told the audience about her home island of Sakhalin, off of Russia’s east coast. The life and reality of indigenous fishing peoples in this region are not well known because industrial activity is more highly valued. But island residents have seen and experienced the effects of climate change for years: thinner ice, changes in precipitation patterns and the fat content of fish, etc. The Russian state cannot be counted on to organize the fisheries, so the fishing communities must take action themselves and get in touch with each other (through Terra Madre and the Slow Fish network) to organize sustainable fisheries.

Ryohko Tahara, of the Ainu people, works for the Ainu women’s council Menoko Mosmos. On the Japanese island of Hokkaido, traditional territory of the Ainu, food is at risk. Around 150 years ago, the Japanese state colonized the Ainu land, renamed it Hokkaido, and began exploiting it for industry. Before colonization, the Ainu people hunted, gathered, and fished for themselves; later, they had to trade with other parts of the country to earn a living. The traditional way of life was prohibited and important species such as the wolf and reindeer became locally extinct. Ryohko spoke in particular about deer and salmon, which, in addition to being important food sources, also carry deep meaning in the Ainu belief system. Nowadays, the Japanese state controls fishing rights and local authorities try to stop traditional fishing. The Ainu demand that their land and rights be returned to them and want people to know that the Japanese government’s claims that it protects human rights and works against discrimination are not entirely true. There must be access to traditional food and indigenous peoples must gather together to fight for their rights and show that another way is possible.

Maria Elfving, from Sweden, works on indigenous peoples’ issues at IFAD. She has seen the detrimental effects of declining water quality on local populations and believes that it is important for institutions to engage with traditional knowledge and raise awareness about the challenges that indigenous peoples face.

Kaisu and Hiekki Nikula, members of the Sámi community in Finland, work in tourism and for the indigenous cooperative Snowchange. For Sámi people, fishing is not a profession but a subsistence activity and an everyday part of the local culture. Heikki noted that the Sámi of Finland have had a similar experience to the Ainu people in Russia: They still suffer the effects of colonization and the government tries to take away fishing rights by imposing a licensing system, such that the Sámi need to buy a license (just like tourists) to fish their own waters. With more licenses being given to tourists, fish stocks are being overexploited. In addition, the Sámi are worried about the construction of railroads, mining activities, and the degradation of the landscape. As in other indigenous contexts, the challenges here come from many angles.

Marine biologist and oceanographer Michelle Reyes works with indigenous peoples in the Philippines. Here, fish is food for many poor people, so the effects of climate change on the sea impact the most vulnerable members of society. Though situations vary from island to island, fishers today generally have to go farther from the coast, into deeper waters, to find fish. This has increased the need for motorboats, which in turn increases fossil fuel consumption and costs for local fishers.

Kutbini Radzhabov, from Tajikistan, spoke about the Hakimi cooperative’s work to revive the endemic Amu-darya trout, which is in danger because, due to climate change, the resources on which it depends are declining. The cooperative is trying to restore these resources and raise awareness about the fish in local communities.

The open discussion between the panelists and the public focused mainly on the importance of finding constructive ways for communities and institutions to work together. Most people had not had positive experiences in this regard, and many agreed that, even when papers, positions, or proposals are worked out, they are rarely followed with action. This is often because industrial interests end up out-weighing the interests of indigenous peoples, and because most management models are still based on a top-down approach, which is highly problematic. There must be other ways to work with institutions and governments, and creating laws is not enough. Michelle Reyes made it clear that understanding each local context (culture, language, different needs and interests, etc.) is crucial and that real change is only possible if a bottom-up approach is adopted. Others pointed out that funding needs to come from independent foundations, and that voluntary guidelines are nice but rarely effective. Communities must be empowered and supported to work together and respond to climate change at the local level if any progress is to be made.