Archive » Cinema communities for Innovation, Networks and Environment: the CINE project at the center of local and global networks

To promote film in communities where cinemas don’t exist or are disappearing, focusing on their ability to serve as venues for cultural and social aggregation while sowing the seeds of environmental and food culture among younger generations.

This is, in short, the objective of Cinema Communities for Innovation, Networks and Environment (CINE), the project with which Slow Food, together with Italian and international partners, intends to support cinemas by relaunching their role within local communities.

In order to succeed, Slow Food has experimented with a new kind of cinema experience: a series of screenings, the program of which is drawn up in collaboration with CinemAmbiente and local cinemas, consisting of a selection of mostly European films. Alongside these films and documentaries, there were complementary events such as tastings, debates, but also concerts, excursions and workshops for children, organized by the cinemas in collaboration with subjects of their territory.

Finally, workshops on filmmaking for young people were also included. One of the CINE project’s partners is the Mobile Film Festival, a competition founded in France in 2005 that challenges aspiring directors to produce a one-minute film on their phone. As part of its activities, the Mobile Film Festival teaches young people aged between 14 and 25 how to use easily accessible devices, like smartphones, to make short films of high quality.

Within the project, the Mobile Film Festival is responsible for coming up with ways of engaging young people, bringing them back into cinemas and training them to create real movies.: Young filmmakers, already winners of festival awards, were recruited to act as trainers, sharing their experience, creativity and knowledge on how to best use a smartphone as a camera. 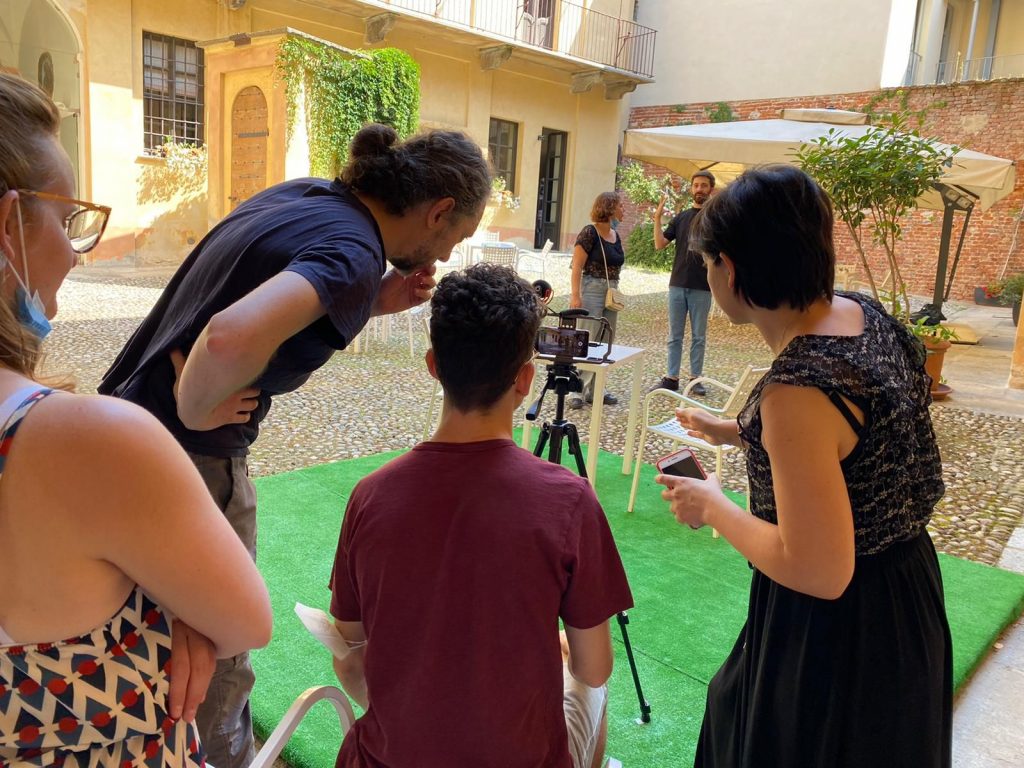 The use of a smartphone as a camera fits perfectly with the inclusive and participatory ethos of the CINE project.

The CINE hubs have been experimented and replicated in three territories: in the area between Bra and Cherasco, in the Canavese region and Croatia, where they are continuing to organize activities in their cinemas, involving the actors of their territory and with young people in schools, with workshops built on the methodology of the Mobile Film Festival.

The innovative aspect of the project lies in the attempt to combine cinema and activism, entertainment and civic engagement, making the creation of a hub replicable anywhere.

How to organize a CINE Hub

One of the goals of the project is to provide inspiration for individual engagement for the common good and community well-being. As a result of the project, the cultural life of the communities involved benefits from a more diverse offering, capable of opening up new perspectives, stimulating interests and perhaps even civic engagement by connecting the dots between various forms of entertainment and placing CINE hubs at the center of thriving local and global networks.

To do this, CINE designed and configured a series of tools to support the creation or revitalization of cinemas, helping them become cultural touchstones for local communities and embedding them in broader networks that will nurture them over the long term, helping them find resources and new ideas. The tools developed have been made available to local communities and include selected film programming focused on food and the environment, a range of food experiences that can be organized with local artisan food producers and retailers, cultural readings, and educational activities geared toward children.

The idea is for CINE hubs to be the hub of alliances of local stakeholders working together with film at the center, united by the common interests of “people, plate, and planet.”