Archive » Chronicle of a Death Foretold: The Amazon is Burning

In recent days we have received many communications and appeals from the Slow Food network in Latin America, particularly from the countries hardest hit by the forest fires that are tearing through the Amazon basin. Two days ago we published an appeal from the Brazilian network, and today we bring you an important contribution from Bolivia. We begin with a comment from Chiara Davico, Slow Food Latin American office, that will help frame the context from which the following condemnation of Bolivia’s president arises. 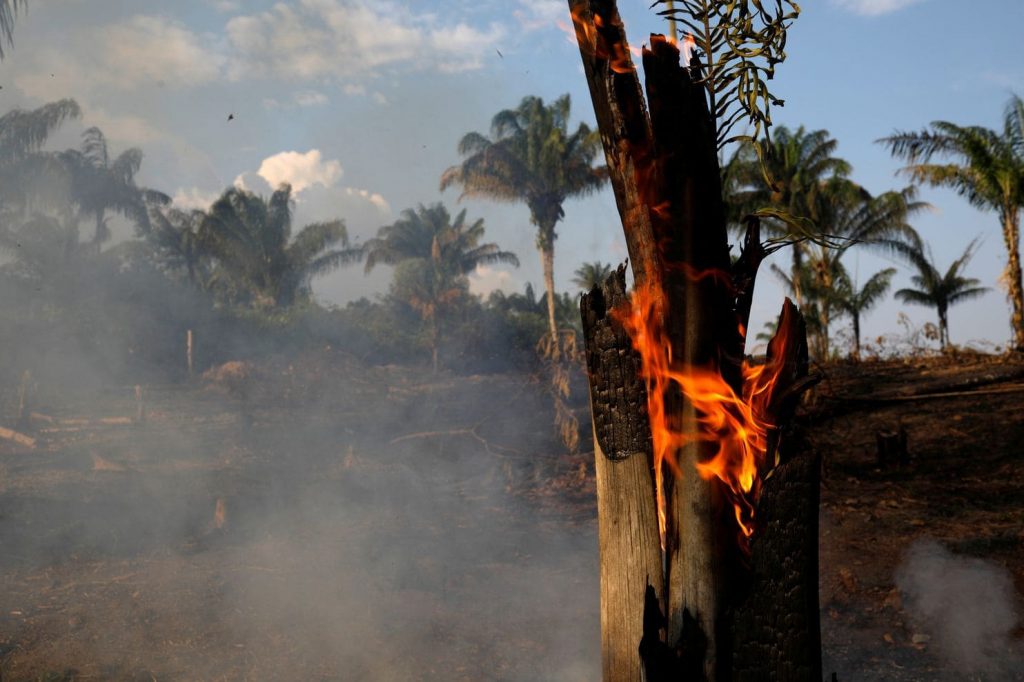 In silence, Bolivia is facing the worst ecological disaster in the nation’s history. Since 2015, a series of government measures have been put in place that could only culminate in the destruction of Bolivia’s forests and the undermining of the president’s reputation. President Evo Morales, who has suspended his electoral campaign for a week due to the forest fire emergency, and who is hoping to become president for a fourth term thanks to a change made to the constitutional last year, is trying to repair the irreparable. In the last 4 years, Morales has overseen the expansion of Bolivia’s agricultural frontier 3.7 to 4.5 million hectares (https://bit.ly/2Z93vMa); the creation of an investment fund for agroindustry, with an initial investment of 150 million dollars (https://bit.ly/2P8RtOe); the signing of a phytosanitary protocol for the export of soy to China (https://bit.ly/2zbqkiG); and the authorization of deforestation in northeastern Bolivia’s Beni Department to expand the area devoted to livestock production (https://bit.ly/2ZljLZB).

A few days ago, the Coordinator of Indigenous Organizations of the Amazon River Basin (COICA) released a statement saying that “The indigenous peoples hold the governments of Jair Bolsonaro and Evo Morales responsible for the physical, environmental, and cultural destruction and genocide currently taking place in the Amazon, and for the neglect of this situation, which is worsening every day and causing irreparable losses for humanity” (https://coica.org.ec/pueblos-indigenas-de-la-cuenca-amazonica-nos-declaramos-en-emergencia-ambiental-y-humanitaria/)–a truly scathing assessment of Bolivia’s first indigenous president.

We are living through a great tragedy in Bolivia. The Chiquitania area of the Bolivian Amazon has been on fire since controlled burns were authorized to increase cultivable areas for the production of more GM soy. This is the reality; the videos and news being shared on the Internet that speak of Evo Morales as a defender of Mother Earth and champion in the fight against GMOs are a lie.

Slow Food in Bolivia was founded as a voluntary citizens’ movement in 2011, when Evo Morales, with the support of his political party, the Movement for Socialism (MAS), had already risen to power. The Slow Food network in Bolivia is committed to promoting the good, clean and fair philosophy, and brining together the struggles for food sovereignty, an agroecological approach to agriculture, and a small-scale production system with farmers and indigenous peoples at its center. It believes in a local model that nevertheless looks toward the global. In the context of our work with Slow Food, we began following all of the guidelines having to do with food production and nutrition and, above all, with a systematic approach to Mother Earth. In 2012 our network was engaged in defending the indigenous and protected areas in the Isiboro Sécure National Park and Indigenous Territory (TIPNIS), whose indigenous residents were under threat from development policies aimed at constructing a highway in an area that had been declared “untouchable” (in 2011 a project was underway for the construction of a new road that was supposed to pass through indigenous territory). This social-political struggle demonstrated the fragility of the territory before the interest of large companies, and progress has been slow as collective rights have been violated. But the great achievement, as educator Benito Fernández says, is that “the TIPNIS project has debunked the indigenous image of Evo Morales and shown him for what he really is, a leader of the Bolivian cocalero [coca grower] movement aligned with syndicalism and nationalism, today coexisting with the capitalist and extractivist development model” (http://www.praxisenamericalatina.org/1-13/lamarcha.html). 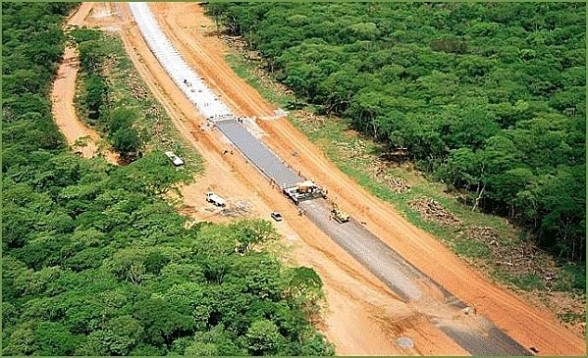 In 2015 we accompanied the delegation of agroecological producers to the agricultural summit Sembrando Bolivia, during which the state and primary actors in the agriculture sector were to outline Bolivia’s agricultural policy. In a speech reflective of his dreams of development, Vice President Álvaro García Linera proposed expanding the agricultural frontier by 1 million hectares a year, and the discussions that took place at the summit were largely concerned with trying to relax the rules in order to make this possible. The production of biofuels and GMOs was also proposed but, together with small-scale farmers, we were able to stop these.

If we look back, we can clearly see that this agricultural development model that has been gradually but intentionally implemented, and has included standards for the production of biofuels. The law allows for the granting of financing for the expansion of cultivable areas, authorization to clear wider areas than were previously allowed (20 hectares instead of 5), increased flexibility in the approval standards for new products such as HB4 and Intacta soy, the supplying of meat and soy to China, and, as of July 9, 2019, authorization by decree to use controlled burns for deforestation. 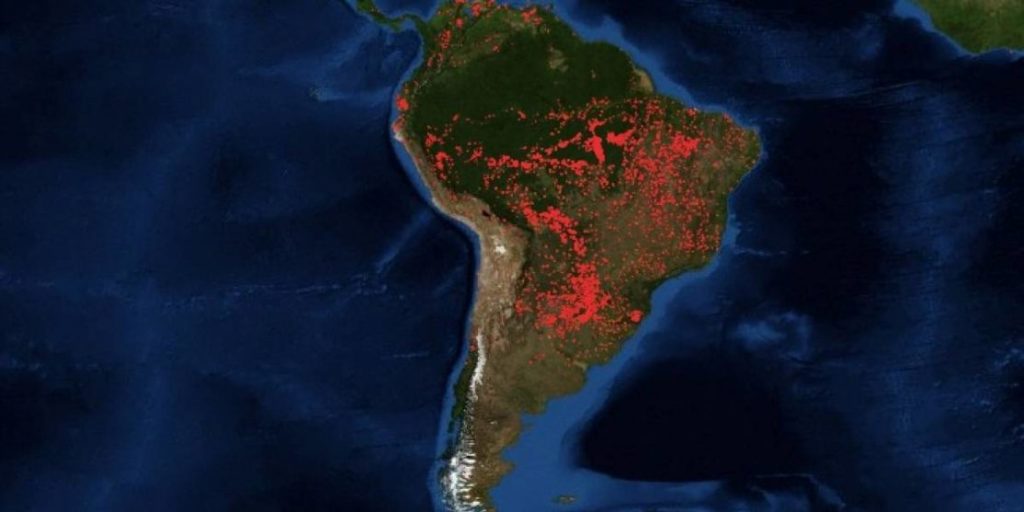 The consequence of these efforts to expand agricultural areas is the great fire that has already destroyed over half a million hectares of the Chiquitano forest, a fire that is the product of the same industrial agricultural development model that promotes monocultures, alliances between states and multinationals, the advance of the “soy republic,” the invasion of protected areas, and deforestation. With the resulting loss of biodiversity and, above of, the loss of our food sovereignty, we are orphans of our wounded Mother Earth.

On August 27, President Morales went to show support for the fire brigades, causing great media hype; on August 28, he and the agroindustrialists celebrated the first shipment of meat to China—the same meat that is driving the expansion of the agricultural frontier. As one slogan says, “It’s not a fire; it’s capitalism.”

As activists of the Slow Food network, now is the time when must defend good, clean and fair food, short supply chains, and local consumption, and fight for our corner of the Amazon, where we cultivate our Ark of Taste products, for Bolivia, for Latin America, and for the world.”