Surrounded by the dramatic events in Syria, where since 2011 a conflict has been raging between the Assad regime, the Islamic State, the Kurdish militias and Al Qaida, with outside powers like Russia, Iran, the United States and Turkey all involved in furthering their interests, there is a small region that is a model of resistance, self-declared democracy and pacifism: Rojava.

It is located in the north of the country, at the border with Turkey. The local inhabitants, overwhelmingly Kurdish, not only distinguished themselves for the tenacity and determination with which they repulsed the incursions of the Islamic State fighters, but also for setting up a radically innovative democratic model of government, previously unseen in this part of the world (and not only here, to tell the truth).

A model that is inclusive, democratic, feminist, pro-environment and progressive. A form of self-government that functions thanks to meetings of the citizenry and the confederated councils, whose decisions affect all areas of social life, from military defense to justice and the management of publicly owned natural resources. 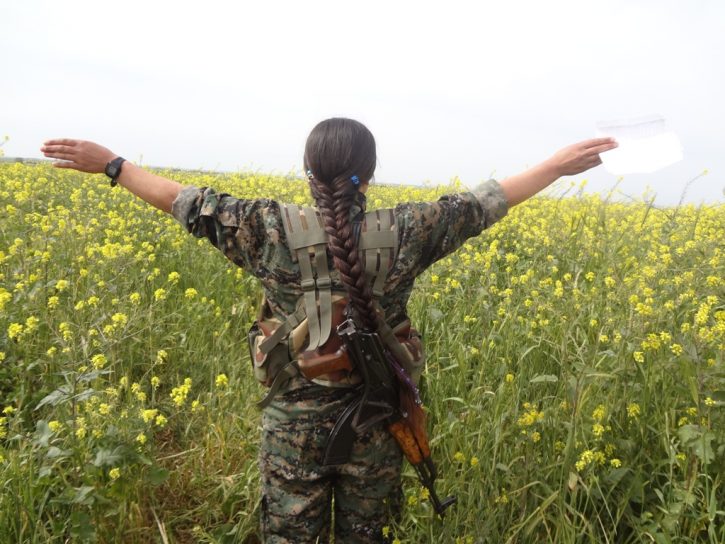 A system in which women play a crucial role. In fact, they are guaranteed at least 40% of the seats and the co-presidency of the confederation. This bold social experiment also involved, at its inception, the adoption of a charter defining the values underpinning all of society: a Social Contract. This document rejects authoritarianism, militarism, central government and the intervention of religious authorities in the civil sphere, affirming the right to worship and religious tolerance but sharply separating church and state. The document further includes the various ethnic and religious groups present in northern Syria, and thus defines the region’s three cantons not as Kurdish, but as a ‘confederation of Kurds, Arabs, Syrians, Aramaics, Turkmen, Armenians and Chechens’.

The Social Contract affirms the equality of every individual and of all groups before the law, equality between men and women, human rights and social freedoms as established in the international treaties to which it makes reference, recognizing and defending civil, political, cultural, social and economic rights, as well as ethnic, linguistic and gender rights, the right to health care, liberty, personal safety and children’s rights. 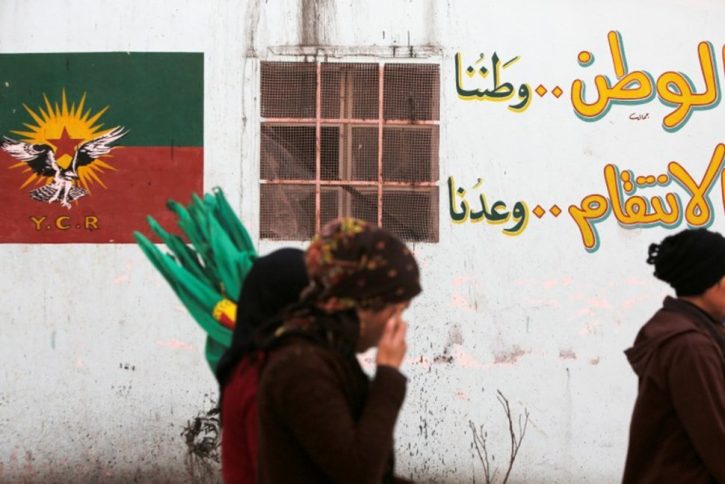 It is a model of a pro-environment society, one that amidst the ravages of war has nevertheless taken the time to establish a collaboration with Slow Food for the creation of community and school vegetable gardens that sees the participation of nearly a thousand people.

Today, this region is threatened. The bombings by the Turkish army, which considers the militias of the Rojava terrorist groups, are leveling the towns and killing civilians and children. In recent weeks, a group of intellectuals and activists led by Noam Chomsky called for a halt to these attacks, and we second their sentiments. The Rojava represents an alternative model of society that we cannot afford to ignore. Multiethnic, democratic, egalitarian. If the international community declares its intention to defend human, civil and political rights, it cannot remain silent in front of the concerted attempt to punish a society whose sole demerit is being mostly Kurdish and lying on the border of an increasingly authoritarian state, Erdogan’s Turkey. This is why we must draw attention to the situation and express our dismay and firm opposition to this egregious violation of human rights. The complete manifesto can be found below:
www.agoravox.it/Siria-Afrin-non-deve-diventare-una.html