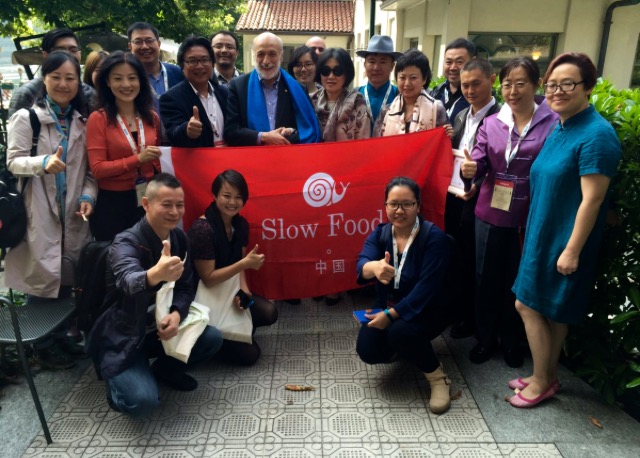 At a moment in time in which the Paris Agreement on climate change is seriously in question—following United States President Donald Trump’s decision to withdraw his country from the accord—the fight against global warming is becoming increasingly urgent and deserves special attention.

Slow Food is getting more and more engaged in the struggle to mitigate the effects of climate change on the food system at a global level in terms of biodiversity loss, food insecurity and impoverishment or displacement of farmers from their land.

This issue will be the core theme of the Slow Food International Congress that will take place in China.

China is crucial to the world’s food system and can play a decisive role in this global challenge.

Slow Food has pointed out in the last years that agriculture and food production represent one of the main causes of climate change, but they can also become one of the solutions. Slow Food advocates for a different type of agriculture, one that depends less on fossil fuels, reverses desertification, manages water resources efficiently, and prevents soil erosion.

Slow Food’s network in China is working on this radical paradigm shift through several projects aimed at saving food biodiversity and protecting the great variety of landscapes and habitats that characterize the country. The Ark of Taste, Slow Food’s international project created to save foods at risk of extinction, already includes 60 products in China and many other nominations are coming thanks to the efforts of the network.

On June 20 Carlo Petrini will visit the Liang Shuming Rural Reconstruction Center. This Center promotes Slow Food’s values of good, clean and fair, organizing seminars and lessons to promote farmers’ work and protect biodiversity. These activities involve citizens, volunteers, peasants, local governments, and universities together. The founder of the Rural Reconstruction Center, prof. Wen Tiejun, will open the Slow Food Forum on June 20. The event will be also attended by Slow Food Great China’s Scientific Committee and local government representatives. A group of agricultural experts and producers from the Ark of Taste project and farmers’ markets will accompany the event, presenting their products at a collective lunch.

On June 21 Petrini will meet Mr. Pan Yue, executive vice president of the Central Academy of Socialism in Beijing and former Vice Minister of Environmental Protection. Carlo Petrini will hold a conference at the Sichuan University on June 22 (4:30 – 6:00 pm) on food, health and environment bringing the experience of the Slow Food movement to the attention of students, small-scale producers and entrepreneurs and representatives of the city of Chengdu. Petrini will also be nominated as food expert professor by the Sichuan University.

Slow Food is paying close attention to the ongoing processes that Chinese institutions are implementing to encourage healthier, more environmentally-conscious systems of food production, and to safeguard local gastronomic traditions. To this end, Slow Food Great China wishes to collaborate in order to ensure maximum synergy and concrete results.