As the European Union is preparing to decide on whether and how to deregulate new GMOs, we look at the most frequent claims made by the biotechnology and seed industry to promote new GMOs and their deregulation. Spoiler: they’re misleading, if not deceptive. 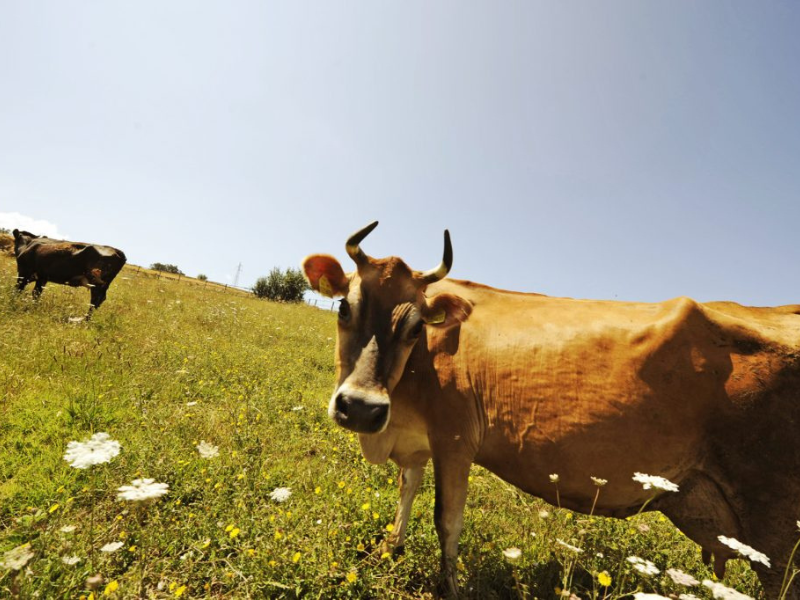 Yet, EU law defines a GMO[1] as an organism in which “the genetic material has been altered in a way that does not occur naturally by mating and/or natural recombination”. New GM techniques are not breeding techniques because they use artificial techniques that require direct human intervention in the genome.

They are technically and legally GM techniques, produce genetically modified organisms (GMOs), and fall within the scope of EU GMO laws, as confirmed by the European Court of Justice ruling of 2018[2].

Although GM techniques and conventional breeding both create new varieties of plants, they are distinct methods and should not be confused. 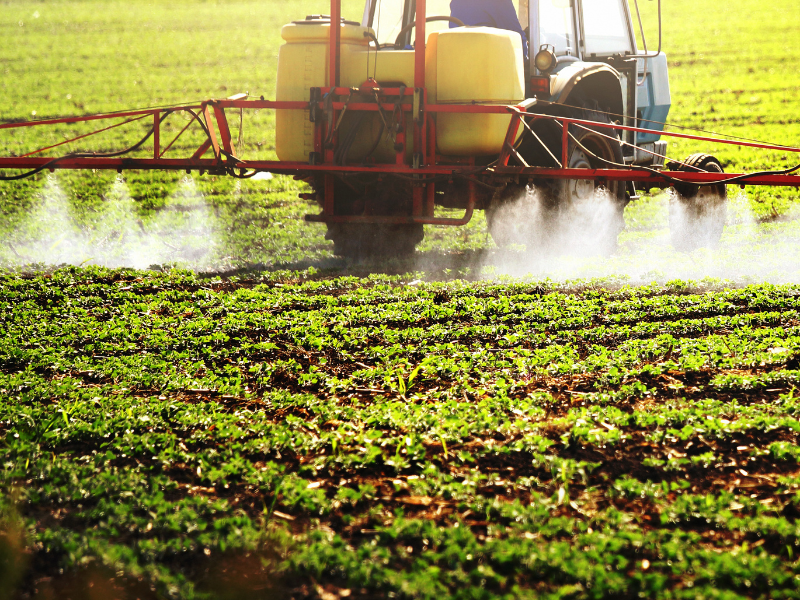 New GMO advocates claim that new GM crops will allow to reduce the use of pesticides by making plants toxic to insect pests. However, over the decades, the first-generation GMOs actually led to an increased use of pesticides[3]. In the United States for example, soybean, corn, and cotton varieties have been modified to become tolerant to herbicides (a type of pesticide that specifically targets weeds and other unwanted plants) letting farmers free to spray the crops with weed-killers, which contributed to a 30-fold increase in the use of glyphosate between 1990 and 2014[4] (the active ingredient in Monsanto Roundup). Selling GMO seeds together with the accompanying herbicide is therefore a very profitable business for seed companies, that is likely to continue with new GMOs.

What’s more, new GMOs are likely to meet the same fate as older-style GM crops: pests and weeds can rapidly become resistant to sprayed-on pesticides, built-in pesticides like Bt toxins, or plants genetically engineered to repel pests, rending the GMO useless and requiring an ever-increasing use pesticides. “Superweeds” – weeds that have evolved to become resistant to herbicides – are becoming increasingly difficult to control, constantly requiring new herbicides to be developed. Another example is “whiffy wheat” which was genetically engineered to release a chemical found in mint to repel aphids (a type of bug that attacks plants), which proved to be a failure, as the aphids rapidly got used to the smell[5].

The European Commission has acknowledged[6] that herbicide-tolerant new GMOs would not be considered as contributing to sustainability and would go against the EU’s objective of halving pesticide use by 2030. This is a small comfort as the Commission is preparing to deregulate new GMOs.

New GMOs promoted by agro-chemical companies are not the answer to efficient pest management but proven-successful agroecological practices (such as crop rotations) are and should be made available to farmers[7][8][9]. 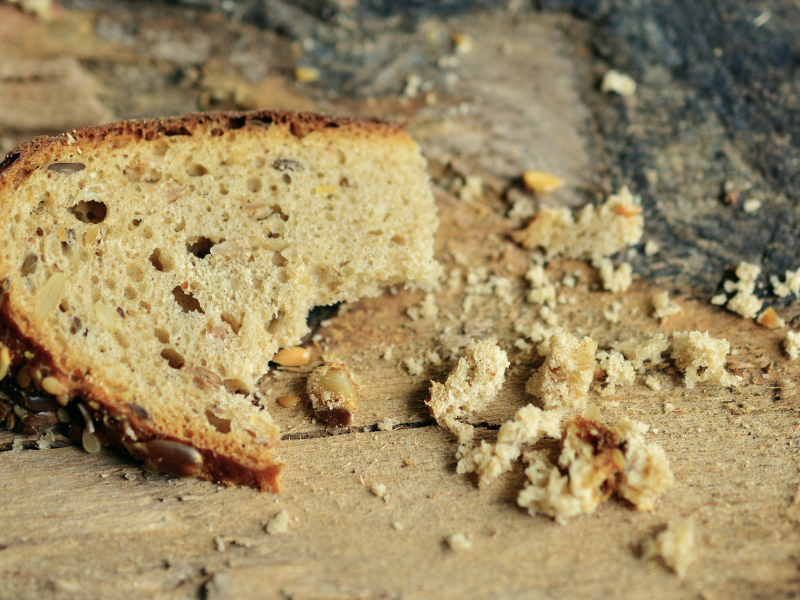 Hunger is caused by poverty and inequality, not scarcity. For the past two decades, the rate of global food production has increased faster than the rate of global population growth. According to the Food and Agriculture Organization of the United Nations (2009a, 2009b) the world produces more than 1 ½ times enough food to feed everyone on the planet. That’s already enough to feed 10 billion people, the world’s 2050 projected population peak. But the people making less than $2 a day—most of whom are resource-poor farmers cultivating un-viably small plots of land—cannot afford to buy this food

The world already produces enough food to feed every single one of us, yet between 702 and 828 million people were affected by hunger in 2021 according to the UN Food and Agriculture Organisation[10]. But hunger is caused by poverty and inequality, not by food scarcity.

Poor and disadvantaged populations across the globe increasingly cannot afford to buy this food. “Nearly one in three people in the world (2.37 billion) did not have access to adequate food in 2020 – that’s an increase of almost 320 million people in just one year”, the FAO states[11].

In reality, the bulk of industrially produced crops is used for biofuels and animal feed. The call to ramp up global agricultural production only makes sense if we keep prioritizing the growing population of livestock animals and cars over hungry people.

Another reason that explains our inability to feed the entirety of the world’s population is food waste. As unbelievable as it seems, around a third of all food produced is wasted every year[12].

How could new GMOs possibly help solve these problems? Spoiler: they can’t because the problem of hunger doesn’t lie with food production. New GMOs are only “techno-fixes” promoted by the agri-food industry to keep their business profitable and to sustain an industrial, polluting, and unfair food system. 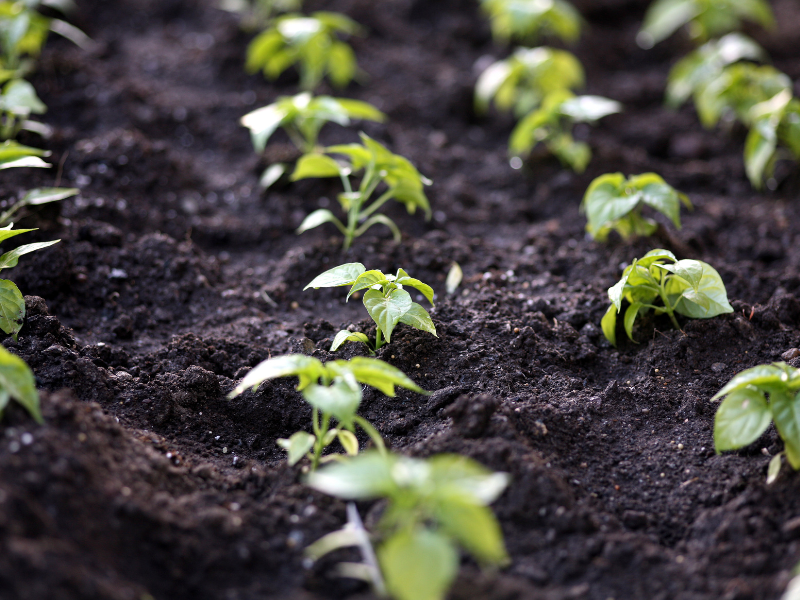 The agricultural biotech industry claims that new GMOs such as CRISPR/ Cas bring about changes in the genome in a precise and controlled way. They argue that new GMOs should therefore be regulated differently from old GMOs where (in most cases) DNA is introduced from another species into a part of the genome.

Yet, a large and ever-growing number of scientific studies[13][14] in human, animal and plant cells show that new GMOs are far less precise than what is being claimed and give rise to numerous genetic errors[15][16][17][18][19], and researchers are highlighting the need to test for these unintended mutations[20] (DNA damage). What is more, once new GMOs have been released into the fields and therefore nature, it is impossible to prevent the contamination of crops nearby, and to avoid their spread. 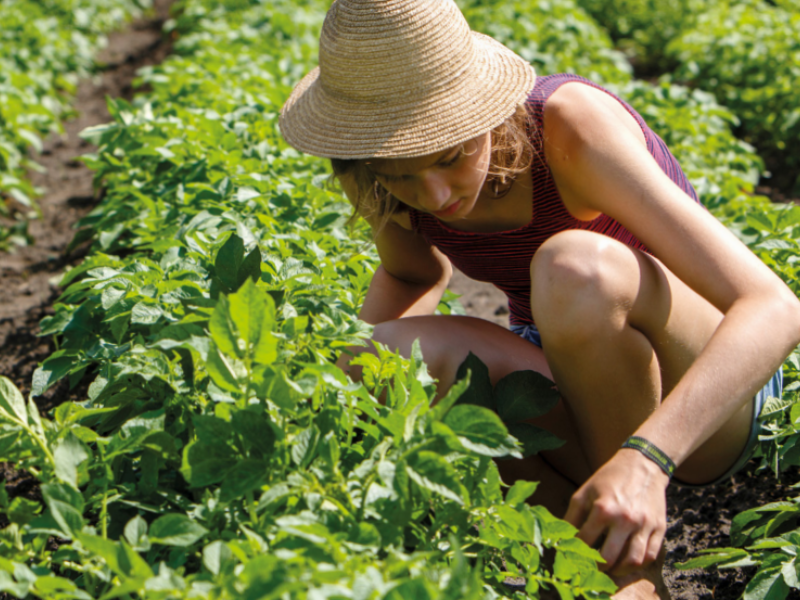 Industry lobbyists[21][22] claim that the use of new GMOs is crucial to deal with climate change and the scarcity of natural resources such as arable land and water. They say it is necessary to develop crops that are pest- and disease-resistant and that can adapt to difficult climatic conditions such as drought, heat, and salinity.

But the truth is that the agricultural biotech companies promoting new GMOs (for example, Corteva, Bayer, Syngenta, and BASF) are also agrochemical companies and their business model is built on selling seeds in a package with pesticides and other chemical inputs.

Intensifying chemical-based agriculture, with increased use of fertilizers and pesticides, constitutes a real threat to biodiversity, whether with GM or non-GM agriculture. Conventional (non-GMO) breeding has been spectacularly successful in producing crops with desirable traits, for example drought-tolerant seeds.