Bulgaria establishes the first 2 Slow Food Communities in the Balkans

Bulgaria has been on the Slow Food map since 2004. Over the past 14 years, food activists in the Balkan nation have established a network of 14 convivia, 6 presidia, and added more than 50 products to the Ark of Taste.

Slow Food International is currently reshaping its organization, from a member-based association to a movement made of communities.

Slow Food in Bulgaria is at the forefront of this new challenge, and it has already identified 2 villages where communities of will soon be established as the first Slow Food Communities: Belashtitsa and Staro Zhelezare.

In 2018, Slow Food in Bulgaria joined the Local Food Foundation, as a partner in the Plovdiv region. Together they have implemented a project, Network Slow Food Plovdiv, the establishment of which is funded by the Municipality Foundation Plovdiv 2019 and is part of the Program of Plovdiv – Plovdiv 2019 ECOC. The aim of the project is to connect the city with the villages from the Plovdiv district and establish a bi-directional relationship that will on the one hand create new income opportunities for people in the villages, and on the other diversify the food on offer for citizens and visitors to Plovdiv city.

The two villages of Belashtitsa and Staro Zhelezare have attracted the attention of the project team with their lively communities that still preserve the diversity of their local food traditions.

Belashtitsa is situated 3 kilometers from Plovdiv city and belongs to Rhodopi municipality. Due to its proximity and its natural beauty, many citizens from Plovdiv have summer houses there. Local history would have it that the village was established more than 1000 years ago by Nikifor Skifi the administrator of Plovdiv district in the Byzantine Empire. 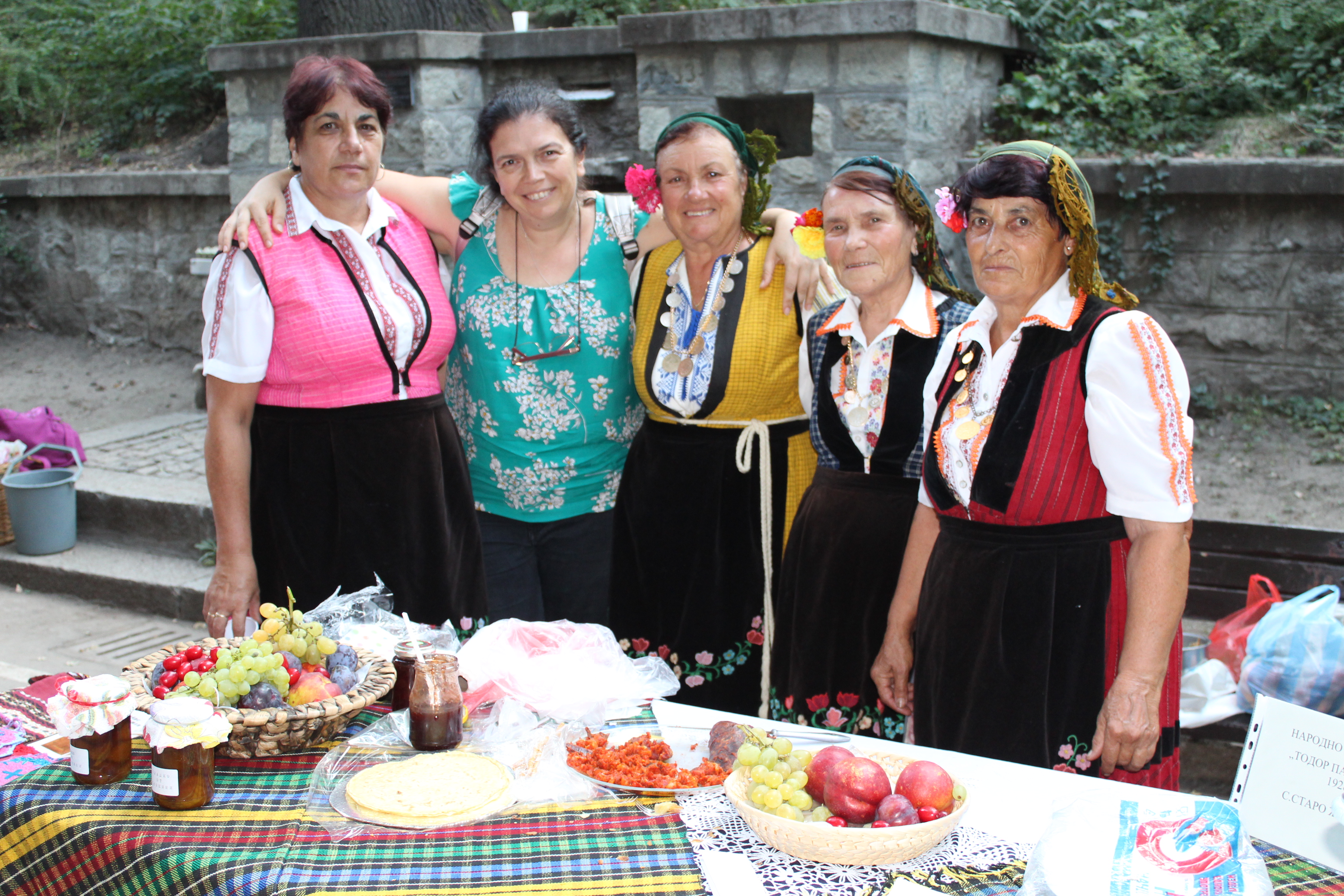 Belashtitsa is famous also for the fact that the renowned Bulgarian poet Pencho Slaveykov used to spend summers in the village to enjoy its nature and climate. Just above the village is the plane tree under which local people believe that the poet used to work and wrote some of his most famous and beloved poems. Since 2012, in September, with support from local authorities, “Prosveta – 1929” the cultural center (chitalishte) in the village has organized a festival dedicated to Pencho Slaveykov and his literary heritage. Parallel to the festival, various exhibitions have been organized in the plane forest above the village.

The lively village has a very strong community which keeps the spirit of the place. Very active in this are the elderly women from the village who are the bearers of local knowledge, including gastronomic traditions. They share secrets with local experts, for the preparation of different pastries and baked goods: milinka, banitsa with spinach, sweet rolls and Belashtitsa sarma (dolma). The gastronomic accent in the presentation of the “chefs” from the ‘retirement club’ in the village were the katenky pastries, called also tikalnik. They are prepared with filo dough with a cheese filling and are fried in hot lard. Tikalnik is typical for Rhodopi people who have migrated from the mountains to more favorable areas. . A variety of this dish is also the so-called “tenurki”, in which the filo doughs are smeared with butter and folded in the form of an envelope. They are then baked on the plate of the stove and served sprinkled with powdered sugar. The Rhodope culinary tradition also includes the Belashtitsa dolmas, famous for its miniature size that requires just one bite. They are seasoned with cumin and black pepper which makes it peculiar and different from other recipes. Some women add an exotic touch to the dish by using laurels leaves.

Another village in the Plovdiv district that surprises with the diversity of their gastronomic traditions is Staro Zhelezare. It is in the Hisarya municipality, Plovdiv district. It is 40 kilometers away from Plovdiv city which makes it an easy destination for one-day excursions for Plovdiv citizens and visitors alike.

One of the everyday, unpretentious, but essential elements in the food of the people of Staro Jelezare is sharena sol (colorful salt) – a pungent mixture of local herbs and salt. Savory, fennel and cumin, sweet and chili pepper, and mint are cultivated in the local gardens especially for the preparation of this spice. The dry herbs and fennel and cumin seeds were once mixed in a large wooden mortar (kuttel) while today electric grinders are used. The spice is used for seasoning almost every food. It goes well with kebabs, steaks, cooked eggs, or simply on warm bread. Every house has its own recipe according to the family preference. The peculiarity of the taste of sharena sol from Staro Zhelezare comes from the fennel seeds and the savory. Sharena sol can be sweet or hot, depending once again on family preferences.

The ultimate gastronomic treasure of the village is Starozhelezarki starets. In December, during Christmas time, the pigs are slaughtered. Fresh pig meat is minced and mixed with salt, fennel and cumin seeds, and red pepper. The mixture is left to rest overnight in a cool place and then stuffed in pig bladders. After curing during the cold winter months Starozhelezarki starets is stored in boxes with wooden ash to prevent the access of insects and rodents. When taken from the ash Starozhelezarki starets looks like stone – hard and grey. But when cut in two it opens up to reveal its bright red heart and deliver its unforgettable aroma. The first pieces of this delicious food are consumed in late August, when the grape harvest begins. Today, people in the village predominantly buy meat, but in the past, every house had at least one pig. The animals were kept semi-wild therefore they could find diverse and nourishing food.

To preserve the local traditions and gastronomic knowledge the ‘House of traditions’ has been established and managed by the local chitaliste (cultural centre of the village). The house hosts exhibitions of festive breads, demonstrations of local crafts and other remnants from the past. Guests can also make their own bread or sharena sol with the help from women in the village.

Slow Food in Bulgaria has established a memorandum of collaboration with the local cultural centers (chitalishte) in the two villages and are discussing the establishment and the goals of the food communities there.