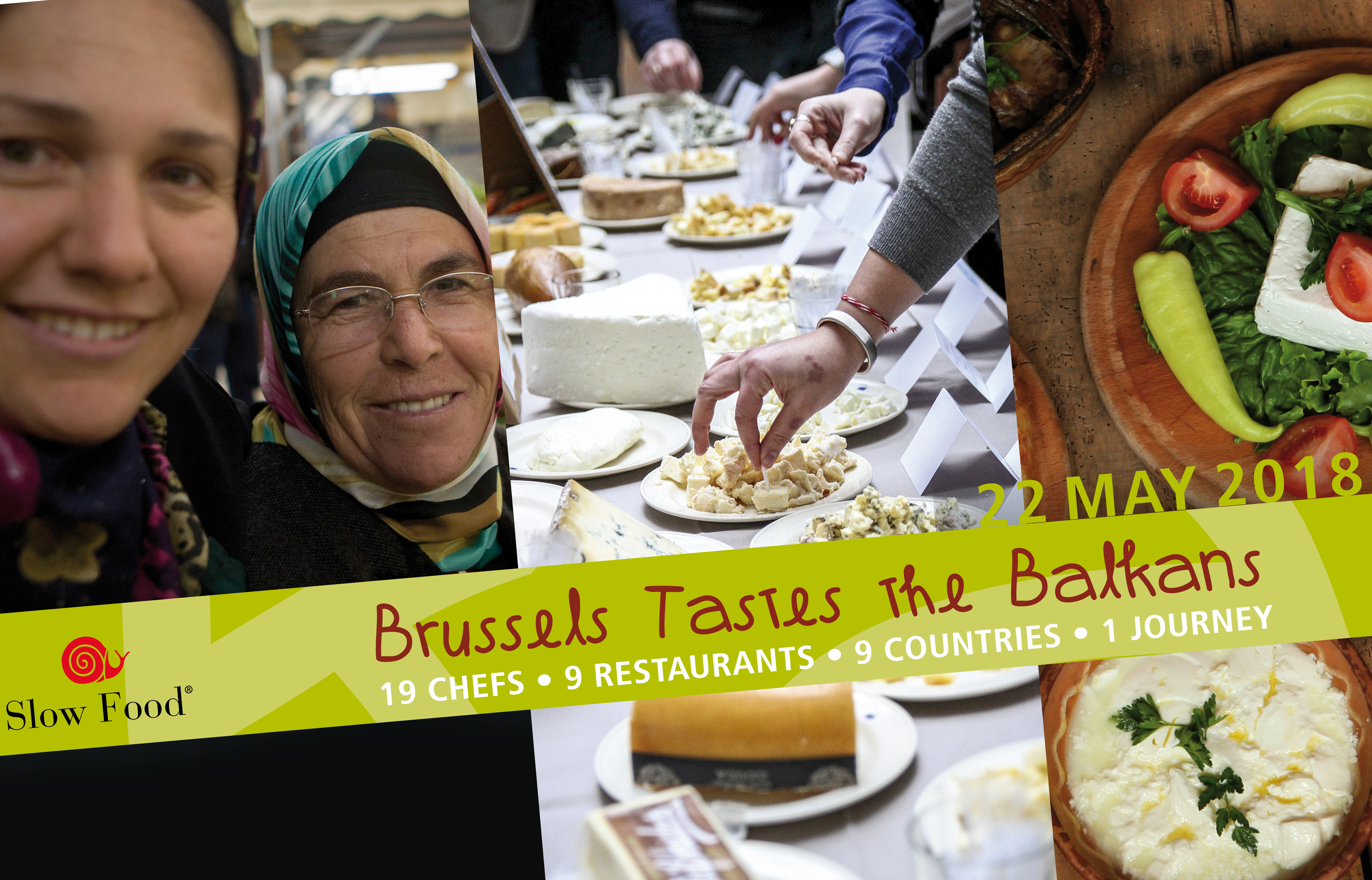 9 Brussels restaurants are joining forces with chefs from the Balkans for a night of discovery.


On May 22, Brussels will embark on a culinary and cultural journey to uncover the rich gastronomic heritage of the Balkans: 9 Brussels restaurants are joining forces with young and innovative chefs from the Balkans to prepare an array of dishes featuring local and seasonal products.

The event is organized by Slow Food and hosted by the Slow Food Chefs’ Alliance, a network of chefs in 20 countries that is committed to defending food biodiversity and promoting the work of local food producers.

Brussels Tastes the Balkans will shine a spotlight on the unique gastronomic traditions and agroecological practices of the Balkans that can serve as an economic, social and cultural driving force for many rural communities, impoverished by decades of abandonment, emigration, and scarce development prospects.

The Brussels restaurants Bouchéry, Racines, Jef, Le Tournant, Le Garage à manger, Chez Augusta, Les Filles, Les Brigittines and Osteria Agricola Toscana will be pairing up with chefs from Albania, Croatia, Bosnia and Herzegovina, Bulgaria, Montenegro, FYR Macedonia, Kosovo, Serbia and Romania.  The dinners will feature products selected from throughout the Balkans, Slow Food’s Ark of Taste catalogue of endangered food products, and Slow Food Presidia products. From Albania’s Mishavin – a cheese produced in the remote Albanian Alps, to the Poljak Beans – grass peas from Herzegovina; from Kurtovo Konare Pink Tomato to the Bazna Pig, one of the many native breeds of the Balkans; not to mention the sweets (such as the traditional whole fruit compotes gliko and slatko) and rakija – the spirit produced throughout the region and one of the symbols of Balkan hospitality. Detailed information on the special menus available on May 22nd can be found here. Booking is essential and can be made by contacting the restaurants directly.

The event is organized within the context of Terra Madre Balkans and coincides with the Bulgarian Presidency of the Council of the EU. Terra Madre Balkans is a network that brings together rural communities, food producers, chefs, activists, youths and academics from throughout south eastern Europe. After four editions, in Sofia (2010, 2012), Dubrovnik (2014) and Tirana (2016), the Terra Madre Balkans network has decided to bring its voice to the heart of the European debate, in Brussels. The events are an opportunity to give a voice to farmers and producers from the Balkans, a region which is home to the vast majority of small-scale farmers in the EU, and rich with outstanding agricultural practices and food traditions.

You can find the full program for Terra Madre Balkans here.

The fifth edition of Terra Madre Balkans is organized by Slow Food Balkans, together with EPP Members of the European Parliament from Bulgaria, Croatia and Romania who participate in the EP Delegations for relations with the countries from the Western Balkans. Terra Madre Balkans is made possible thanks to the contributions of the European Commission and the Permanent Representation of the Republic of Bulgaria to the EU.

Established by Slow Food in 2010, Terra Madre Balkans is the network that brings together rural communities, food producers, chefs, activists, youth and academics from throughout south eastern Europe. Terra Madre Balkans was established to give a voice to small-scale food producers and rural communities, and to support them in upgrading their production from homemade to artisan, advocating for their social and political recognition and supporting their access to markets.