There are murky seas out there, far from view, where predators lurk, much more dangerous than the hunters deep below the surface: human beings. And often, they’re as deadly to each other as they are to the marine life they hunt. The widespread of phenomenon of illegal, unreported and unregulated fishing, which often involves slavery and child labor, is responsible for the majority of catches in some parts of the world, and 20% of the worldwide catch, shaping the entire supply chain from the catch to the fishmongers and supermarkets.

In occasion of World Fisheries Day (November 21) the FAO, together with the Holy See, launched an appeal to States, international organizations and the fishing industry to guarantee fair and decent living conditions for all fishers. Fishing is one humanities most important resources, be it in terms of food security or as a line of work. According to the FAO, the industry employs 58.3 million people, or 4.4% of the 1.3 billion people who work in the primary sector, and it is estimated that fish and seafood account for 10-12% of the world’s diet. 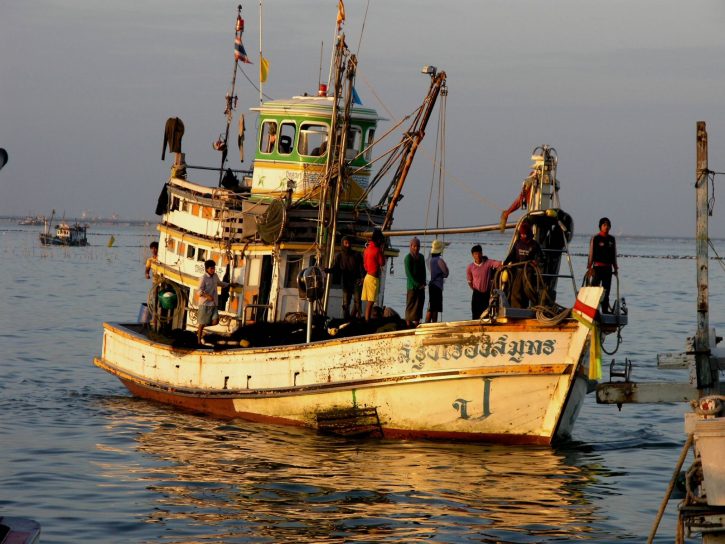 What’s more, the tendency is for ever greater exports of fish stocks from developing countries to richer countries. In 1976, 37% of their total catch was exported to the world’s major economies, while in 2014 this figure had risen to 60%. These exports are worth $42 billion to the developing economies, more than all the other major sectors of agricultural exports combined (e.g. meat, tobacco, rice and sugar).

Asia dominates the market, being the continent that produces, exports and indeed consumes the most seafood: 23 millions people in Asia work in the fishing industry, and the World Bank estimates that by 2030 as much as 70% of the entire worldwide catch will be consumed in the continent. Some of the countries in the region have become industry leaders by combining the latest technologies with low wages and aggressive practices. China, which accounts for 60% of the global fish production from aquaculture, is the largest seafood exporter in the world, followed by Norway, with Vietnam and Thailand in third and fourth place. The largest importer is the European Union, followed by the United States and Japan.

In some context this market dominance is maintained without much regard for the environment or sustainability, and as such overfishing could reduce the capacity of marine ecosystems to provide sustenance for the coastal populations of the Asia-Pacific regions by as much as 50% by 2050. The working conditions in the industry are also worrying, as it is also in the part of the world that the most serious worker abuses are reported by the ILO (International Labor Organization) and by investigative journalism: the 2015 report Seafood from Slaves by the Associated Press was awarded a Pulitzer Prize. 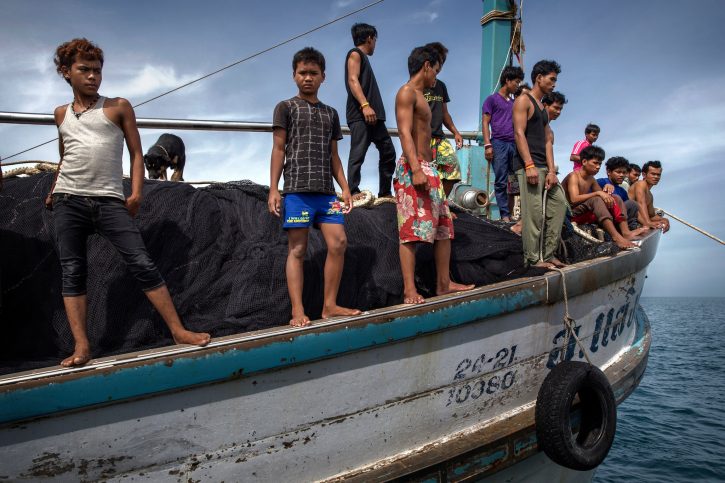 As the ILO states in Global supply chains: Insight into the Thai seafood sector:

“Decent work deficits in the fisheries industry range from unclear contracts and late payments to serious exploitation and abuse through hazardous child labour, forced labour, and human trafficking. Victims have described how they have been subject to violence, sexual abuse and threats, and how, in extreme cases, they have witnessed the killing of shipmates. Abuse may occur at the hands of employers, but it often also happens at the hands of recruiters and other crew members.”

Although fishing boats are thankfully, generally free of child slaves, child labor is an endemic problem in the processing industry. In Samut Sakhon, the capital of Thai shrimp production, the ILO estimates that 10,000 children from 13 to 15 years old are employed to shell the animals, with no written contracts, no safety equipment, long shifts and low pay.

Thailand is one of the countries most frequently hit by scandals relating to abuse in the fishing industry, and it is interesting to note that there are also considerable environmental and productive costs. Overfishing, and the subsequent restrictions imposed by governments and international institutions in turn contribute to the rise of illegal fishing (which now accounts for around a fifth of the annual catch worldwide). As the ILO report states: “Fishing operators tend to register their vessels in open international registers, sometimes to avoid law enforcement measures, increasing their ability to engage in organized criminal activities and related labour exploitation. Fishers in such long-haul vessels lack effective protection from labour and human rights abuses.” 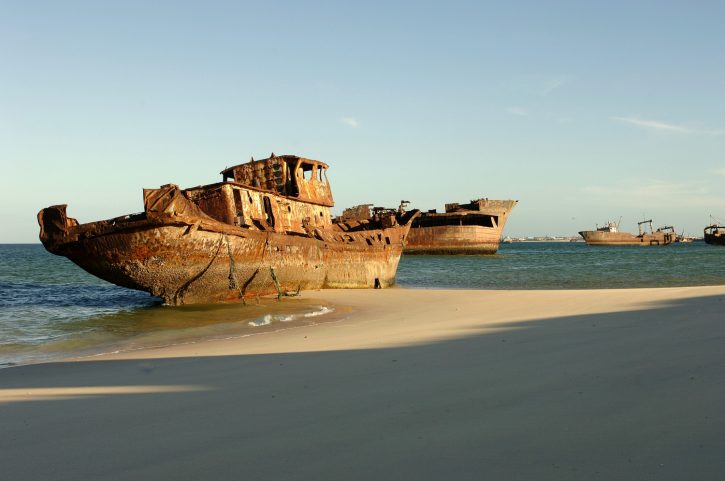 Pollution of the seas and depletion of fish stocks are forcing Thai fleets to go on ever longer voyages, and at the same time to cut down on the costs of production in order to maintain profit margins. Hence the massive increase of immigrant labor, nearly always exploited and underpaid, that represent 60-70% of the 80,000 workers in the tuna industry and 80% of the 700,000 workers in the shrimp industry, mostly from Cambodia, Burma and China.

Longer voyages also entail more serious and frequent abuses: an ILO inquiry revealed that the percentage of workers embarked on fishing boats against their will rose from 16% to 25% in trips requiring more than a month at sea. In other ways, a quarter of workers on these voyages are slaves.

On November 16, 2016, with the approval of Lithuania, the minimum number of ratifications necessary was reached for the ILO Work in Fishing Convention 188. The convention, launched in 2007 with the support of various governments and organizations, aims to ensure certain working conditions across the industry, including a minimum working age, guaranteed rest periods, occupational safety and health protection; medical care and social security.

Unfortunately, not a single Asian country has ratified the agreement, nor indeed have many others. The only signatories are: Angola, Argentina, Bosnia and Herzegovina, the Republic of the Congo, Estonia, France, Morocco, Norway, South Africa and Lithuania.

With fishing as with agriculture, Slow Food firmly believes that everyone can contribute, even in a small way, to ending a globalized food system based on the intensive exploitation of finite resources. Follow the activities of Slow Fish, and learn whether the fish you’re eating is truly good, clean and fair.