Archive » Biodiversity Can Save The Planet 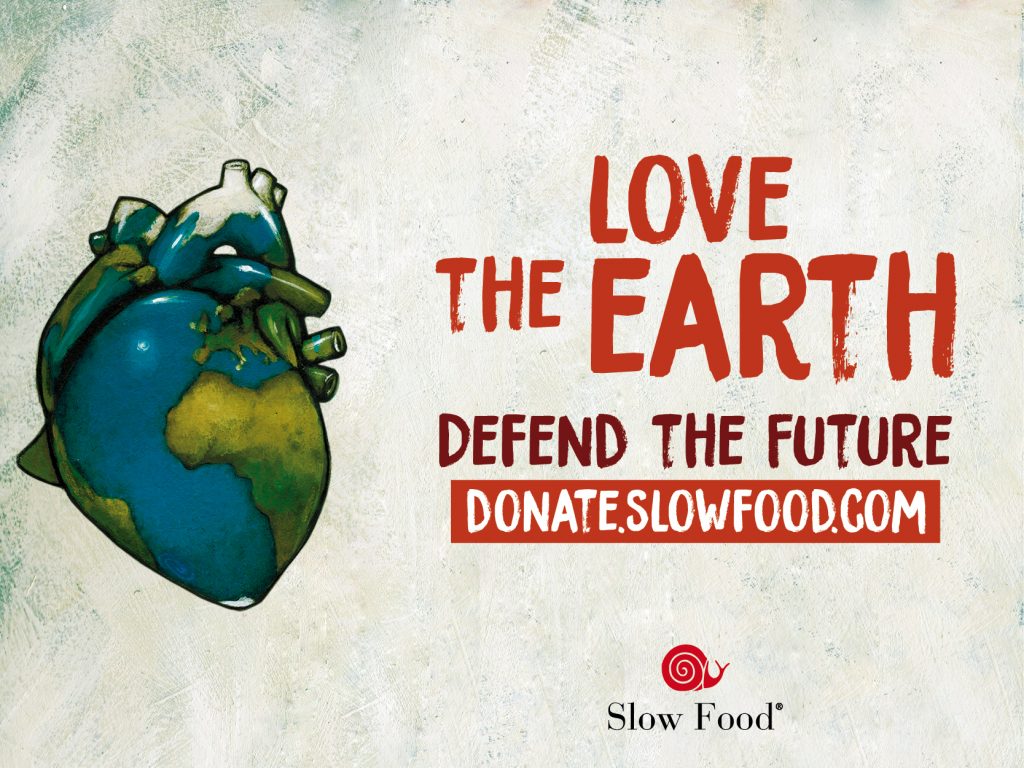 To save biodiversity, Slow Food needs your help. The intention of this campaign is in the name: to Love the Earth, by supporting a more sustainable agriculture, that can guarantee good, clean and fair food for all. For Slow Food to continue its work as a free and independent organization, as it has been until now, we need your help. Together, we can defend the future of our planet, and build a better world.

On June 24th 2012, at the Charles Darwin Research Station on the Galapagos Islands, the lifeless body of Lonesome George, the last known individual of his subspecies, Chelonoidis abingdonii , or Pinta Island tortoise, was found. Ever since his discovery in 1971, it was known that unless a mate could be found for George, then the subspecies would die with him. His health was constantly monitored, and numerous attempts were made to mate Lonesome George with a female of another subspecies, but Lonesome George, true to his name, always showed a certain disinterest in the idea. And so it was that when the end finally came, the world learned in real time that another species had become extinct, as communicated by numerous newspapers, websites, and across social media.

George was an extraordinary case. Normally, if a species dies out, its extinction may be recorded after a gap of several years, such as happened with the golden toad (Incilius periglenes) of Costa Rica: the last sighting occurred in 1989, but only in 2004 was the species officially classified as extinct by the International Union for the Conservation of Nature (IUCN).

Extinctions have always happened, but the speed with which they’re happening in the current period, and the cause, are exceptional. In a 1992 study the biologist Edward O. Wilson estimated that the world was losing 27,000 varieties of plant and animal species every year, that’s 72 a day, or 3 in the time it took to write this article. As for the cause, there’s no question: it’s the human race that flattens the forests, hunts for sport and pollutes the oceans.

In the world of agriculture, all too often we stop cultivating a vegetable or an animal breed simply because they are not profitable enough, as the economic market is oriented to maximizing yields at all costs, concentrating on a small selection of the most “productive” species. Though it may warrant less media attention, extinction is not limited to species in the wild, but also to the plants and animals that have been raised through ten thousand years of selective breeding. This wealth of biodiversity, which we ourselves have created, is what Slow Food is working to save.  With the Ark of Taste, a catalog of traditional food products that risk disappearing—not just fruit, vegetables and breeds, but also cheeses, breads and sweets—or with the Presidia, which support rural communities in recovering and promoting heritage varieties and local breeds.

Through this work, Slow Food is changing the course of agriculture. For example, in the case of the Swabian Alb Lentils, the seeds were rediscovered in 2006 at the Vavilov Institute, a seed bank in Saint Petersburg, Russia, and recovered by Luitz Mammel, a local farmer who, reintroduced these lentils to their native territory and encouraged others to follow his example. Today, there are over 60 producers involved in the Presidia, the lentils are back on the market and once again form part of the local cuisine.

Like Mammel, there are countless other “defenders” of a richer, healthier and more diverse future. A future that can be guaranteed only by preserving biodiversity, and resisting the homogenization of heavily-industrialized agriculture which pollutes the water, devastates the soil, and fails to feed the world; an economy which demands infinite growth with finite resources, and development which destroys nature and human communities, creating unhappiness and threatening our health.

Urgent call to eat these products: Slow Food the Netherlands launches the Ark of Taste book

Official book launch June 27 After months of hard work, the time has come: the book ‘The Ark of Taste in the Netherlands’ is out now. The book is a cry for help. A call for everyone to help maintain our gastronomic heritage. And guess what? Helping is easier (and tastier) than you might expect. …

Slow Food Youth Network Uganda successfully held their first camp intending to connect young people to the local food systems. To tackle the current and prospective food system problems, it is crucial to involve youth as they are the ones building the future society. However, for most youngsters in Uganda, the questions related to food …