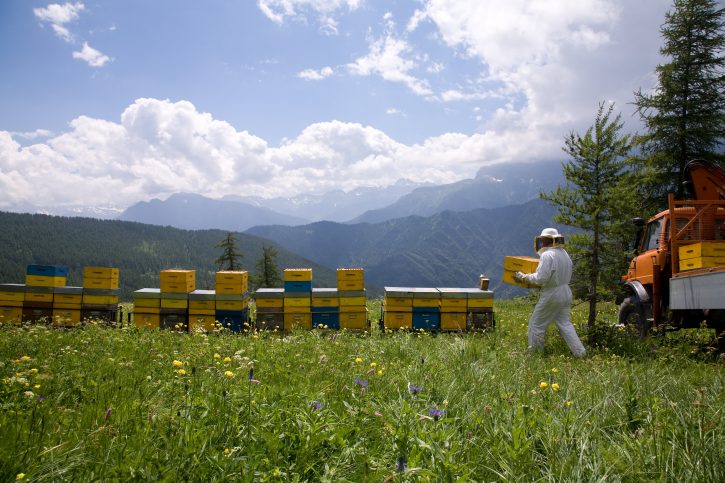 Bees are dying. This is not a dystopian forecast of a distant future, nor part of an alternate world out of the imagination of the screenwriters of Black Mirror: It is a reality of the here-and-now, and it is happening across the globe.

Scientists call it colony collapse disorder (or CCD) and have been investigating possible causes since 2006, when the alarm was first raised about the sharp decline of honeybee populations across North America.

In the six years prior to 2013, over ten million beehives were lost. When you consider that this is almost double the normal rate of loss, you get a sense of the sheer magnitude of the problem.

Several possible causes for this mysterious disorder have been suggested, from infestations of Varroa and Acarapis mites, to genetics and immunodeficiencies, habitat destruction, changes in beekeeping practices, or a combination of all of these factors.

Yet the strongest evidence seems to point to neonicotinoids, a class of insecticides that the EU put controls on in 2013, but which still contaminates honey on every continent. According to a Swiss study published in Science magazine last October, traces of neonicotinoid insecticides are found, on average, in 75% of global honey samples. To be more precise, contamination was found in 86% of North American samples, 80% of Asian samples, 79% of European samples, and 57% of South American samples.

The agrochemical industry, in response to the widely held belief that it is largely to blame for the problem, has launched new products that are supposedly much less harmful to bees.

One such product is flupyradifurone, a substance manufactured and registered by Bayer in 2014 under the brand name Sivanto.

Sivanto belongs to a class of insecticides called butenolides. It is already available in 15 countries in the Americas, the Middle East, and Asia, and could soon be sold in 75 more markets, including in Europe. The United States Environmental Protection Agency (EPA) has approved Sivanto for use on a broad range of crops, as an alternative to organophosphates, pyrethroids, and neonicotinoids.

However, many already suspect that this supposedly “bee-friendly” product is not as innocuous as initial studies indicate.

According to the Pesticide Research Institute (PRI), a Californian environmental consulting and research firm, flupyradifurone acts just like neonicotinoids and has a very similar chemical structure, despite being classified as a butenolide.

Both are systemic insecticides that plants absorb and then distribute to the stems, leaves, pollen, and nectar. Like neonicotinoids, flupyradifurone is highly water soluble and moderately persistent in the environment, with a half-life of five months.

As PRI scientists have noted, the EPA’s risk assessment warns that flupyradifurone “is practically non-toxic to young adult honeybees (Apis mellifera) on an acute contact basis; however, the compound is highly toxic to young adult bees on an acute oral exposure basis.” Comparison with five common neonicotinoids also shows that, even though flupyradifurone is not as toxic as clothianidin or imidacloprid, the smallest change in exposure could have a fatal impact on bees.

The PRI has also raised concerns about the intrinsic limitations of the toxicity tests on bees. The semi-field studies, in which honeybees were exposed to the chemical over a period of two weeks, showed only transitory effects. On the other hand, full field studies indicated that bees were actively foraging on alternative food sources, which certainly would have affected the level of exposure to Sivanto during the study, and may explain the lack of colony-wide impacts observed.

One must also keep in mind that the field studies only took into account the effects of the single commercial formulation being tested. Risk assessments do not consider pesticide mixtures commonly encountered in the field, or the potential for synergistic effects and chemical transformations that may amplify the toxicity of a given insecticide for pollinators.

A new study by the University of California, San Diego highlights another factor that the developers of Sivanto may not have taken into account: Sivanto was conceived as a safer alternative to common neonicotinoids for European honeybees (Apis mellifera), but it caused a 20% increase in mortality among adult Asian honeybees (A. cerana), and reduced their olfactory sensitivity. This study is the first to clearly demonstrate that, in terms of its effects, Bayer’s new “bee-friendly” product is actually very similar to its predecessors.

Perhaps bees should adopt the saying, “God save me from my friends.”