Archive » How many times do you have to fall before becoming a World Barista Champion?

But let’s go back to the beginning of his story: when he was 18 years old, Diego moved from the small town El Espinal to Bogotà, where one of his oldest sisters was working for Amor Perfecto. 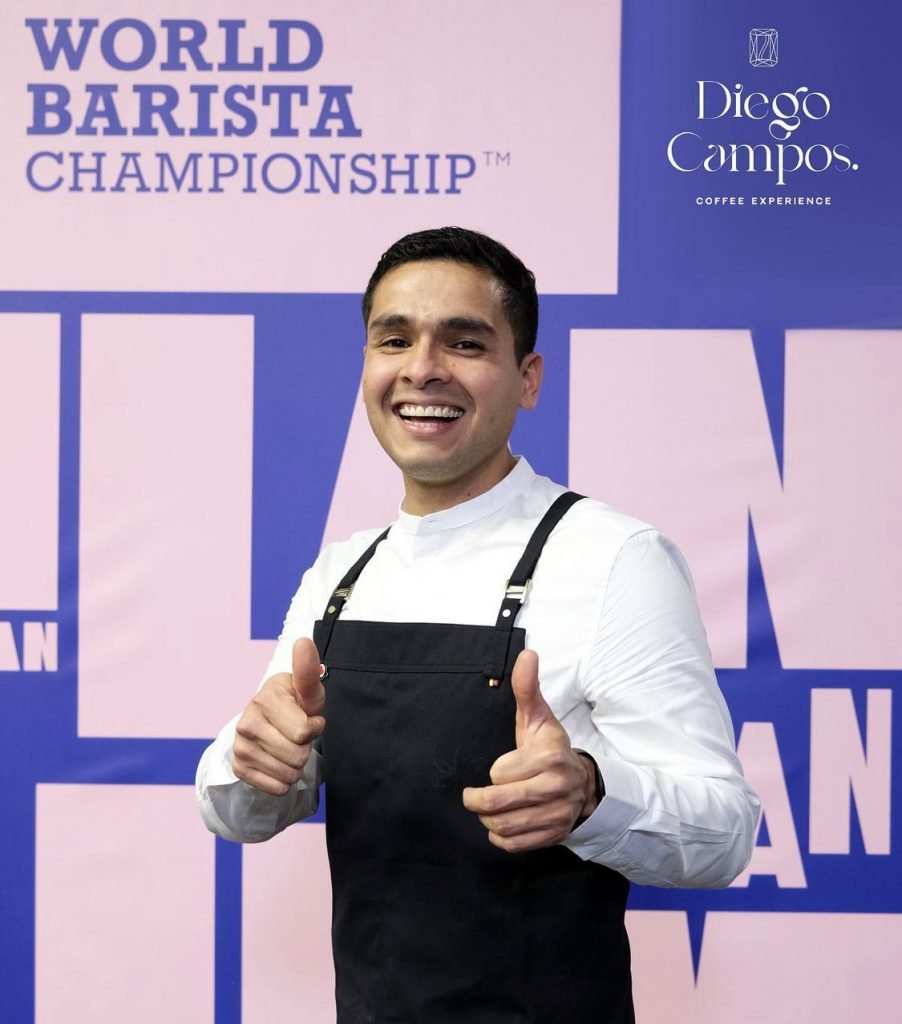 Diego had no experience but started to show his discipline and commitment right away, improving every day on his roasting duties. But he was captivated by the work of the barista and one year into his work at Amor Perfecto, he finished second place in the 2009 Colombian Barista Championship. It was a great start but in 2010 finished in seventh place and in 2011 fourth.
In 2012, frustrated for losing the competition in the last two years, he took the year off to search for the perfect coffee and craft the ideal routine. In the mountains of Huila, a department of Colombia, he met the producer Elias Roa and his daughter Derlin.

What is remember from those years about Diego is that he was both eager to learn more about farming and processing but, at the same time, his true passion was Barista Competitions.
After winning in 2014 the Colombian Barista Championship, he traveled to Seattle, USA, to compete in the 2015 WBC. He finished in 14th place. In 2017, in Seoul, South Korea, he placed 25th.

Obviously, Diego was shattered but he still was not done competing.
He went to Australia to improve his English and applied for a competition that was going to be held in Colombia, called Barista & Farmer, which was started by Francesco Sanapo and Rebecca Atienza.
The purpose of Barista & Farmers is to bring baristas from all over the world together to tackle the demanding work of coffee farming and to learn about what goes on at origin.
Diego has been preparing for years studying the best farming practices so it was not a surprise when he was proclaimed the winner. His confidence was restored and after winning the 2019 Colombian Barista Championship he started preparing for the 2020 WBC in Melbourne.

The pandemic hit, the WBC was canceled and in July 2021 the new location was chosen: Milan. Despite the very little time to train and prepare, and the different problems related to COVID and travel complications, Diego broke the entire fifteen minutes barista competition down into seconds. 900 seconds and a speech to fit.
Fast forward to October 26th, the announcers are calling the six WBC finalists. Diego is proclaimed the winner. He did it. His biggest dream came true. 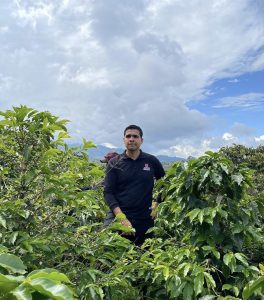 “Colombia, this is for you: baristas, coffee growers, and the people who get up every day to dream and want to achieve things,” said Diego as soon as he realized he was the winner.

Having a World Barista Champion from Colombia means that the country produces more than very high-quality coffees, but also knows how to roast them and extract them into the best possible cup. Diego is always sharing this thought “Roasting at the origin can make the coffee value chain fairer and add more value in the producing countries. I have never seen a container of grapes leaving France to make champagne in New York. So, why does it happen with coffee?”.
In the next five years, Diego would like to share his experiences and knowledge, with as many baristas and coffee producers, to create a sustainable future for the coffee industry.


From right to the beginning, everything he did, firstly as a roaster, then as a barista, and then as a coffee producer, brought him to become the World Barista Champion. He needed all the knowledge, as much as possible, to become the best in the World.

Diego’s win wasn’t a stroke of luck. It was years of dedication, discipline, and commitment.
And now, he got it all.