Slow Food communities from around the world keep working to strengthen the network they have created in the past 30 years as part of the Slow Food Movement for a good, clean, fair food system.

We received this uplifting message from the beekeepers in Swan Valley and Eastern Regions Slow Food and SA and WA Apiarists’ Association who have joined forces to support the recovery of Kangaroo Island Ligurian Bees. 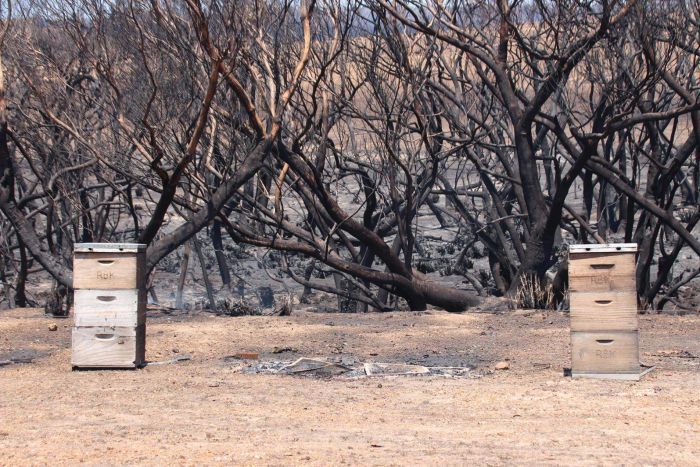 The Ligurian bees were introduced to Kangaroo Island in 1884 to protect their genetics and shortly after the government of the time passed legislation that proclaimed KI as a bee sanctuary in 1885. The Ligurian strain of the honeybee is unique to Kangaroo Island and is recognized as being the last most pure strain of the honeybee sub-species in the world.

Individual island beekeepers have sustained significant losses. Because of the intensity of the fires, it will take many years for the vegetation to recover, whereas some has already been lost. Because of this, the beekeepers need to artificially feed their hives for some time to come. They will also need assistance in the medium to longer term to setup a new breeding project for the production of queens and maintain the Ligurian strain for the future.

The Swan Valley and Eastern Regions Slow Food Convivium in Western Australia is working with a local WA pollen producer to set up a shipment of special pollen for the Ligurian bees to feed on. The WA Convivium is organizing a long table lunch event at the Gidgegannup Small Farm Field Day on the 24th of May where all the money raised will be donated to support the recovery of the Ligurian honeybee. In collaboration with the South Australian Apiarists Association, they will select one or two Ligurian beekeepers to whom they will send the contribution directly.

World wide we are seeing the global honeybee population decrease due to numerous reasons.  In the global environment we live in, honeybees are being transferred across the world and the genetic diversity is being lost.  Maintaining a genetically pure strain of honeybees will allow the global beekeeping community to access unique genetic material. It is critical to support the KI Ligurian honeybee recovery and any other related project to maintain our biodiversity.

Join the movement, create your own Slow Food Community to promote and support the work of farmers, producers, beekeepers, ranchers, and anyone working toward good, clean, fair food system.