There is no doubting the courage and strength of Agitu Ideo. Here is a woman who is just as prepared to roll up her sleeves and work, as to stare down even the greatest of challenges. Her story sets a universal example of fortitude, a model to look up to. We know this not just as witnesses, but because Agitu is a dear friend to us, her commitment to her work and the principles shared within our movement earned her the Slow Cheese Resistenza Casearia award, at Cheese 2015, where Agitu played a leading role. There, we had an opportunity to tell her story, an opportunity that we are going to take again. 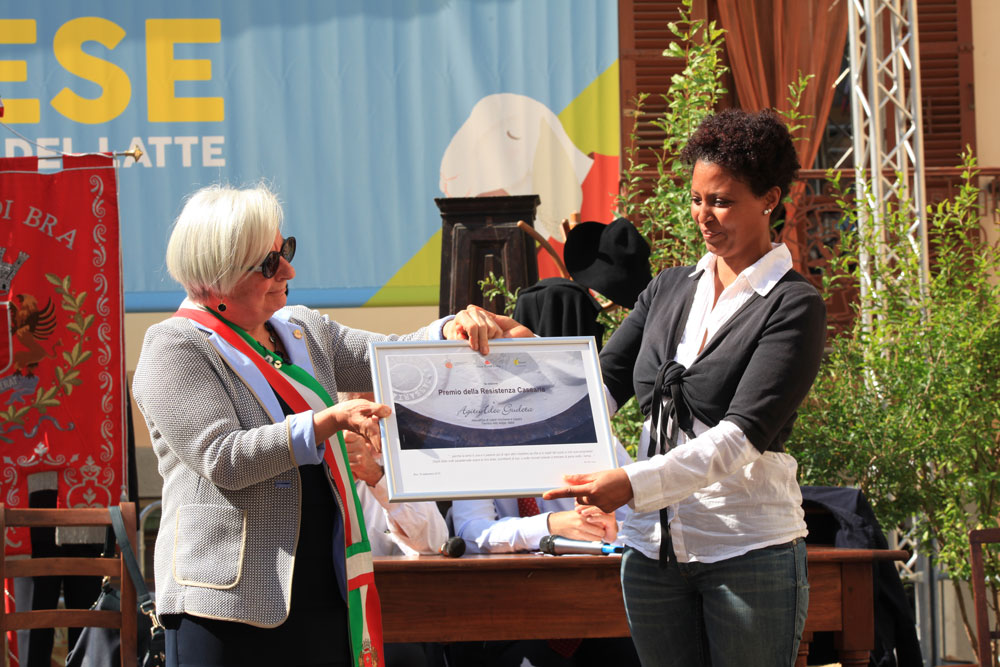 Agitu hails from Ethiopia, where she was born into a tribe of nomadic shepherds. She moved to Rome to attend university, graduating with a degree in Sociology, but this pathway came to an abrupt end: Back in Ethiopia, her tribe’s livelihood was under threat, as corporations staked claims to the shepherds’ grazing lands. Agitu would not sit idly by, and determined to take a stance. She returned to her homeland, and publicly condemned the unfair practices and abuses commited by those trying to steal the land. Her activism came at a cost however, and she and her family were forced to flee Addis Ababa, returning to Italy. There, she reclaimed 11 hectares of abandoned land in the San Felice Valley, in Trentino, northeastern Italy, and started rearing 50 laying hens and 70 Pezzata Mòchena goats, an endangered, indigenous breed of goat. The farm, La Capra Felice “The Happy Goat” was born and Agitu had a chance to could live a happy and peaceful life on Trentino’s mountainside. So, she lived happily ever after? Unfortunately not. Some in San Felice Valley could not stand Agitu’s presence and her thriving business, a racially motivated and shameful animosity that eventually turned into violence.

The events of August 18 must be told in Agitu’s own words: “I was alone, my assistant was out in the pastures, I was cleaning the milking machine when I felt someone grabbing my shoulder, telling me that I had to leave the valley.”

“You gotta leave, n*****!” the man in question is a neighbor who has been tormenting Agitu for some time now, “the harassment has been going on for months, this person phoned the mayor to complain about the fact that we had been allowed to own some land and even demanded that the road leading to our farm be closed. The reason behind all this is racism. I have offered several apprenticeships for refugees and employed a refugee from Mali. This neighbor does not like the color of our skin and does whatever he can to cause trouble.”

The attacks have not been restricted to Agitu and her family. The animals are targeted frequently, as neighbors take bike rides and set dogs loose against the herd in an effort to torment and cause stress to the animals. Agitu is afraid that things may get worse: “I have filed charges against him, with photographic and video evidence. The problem is that for him to be arrested he has to be caught in the act. But this is impossible, I live in a secluded mountain shelter, in the woods, it is hard to reach. When you call the police, it takes an hour and a half for them to arrive.” 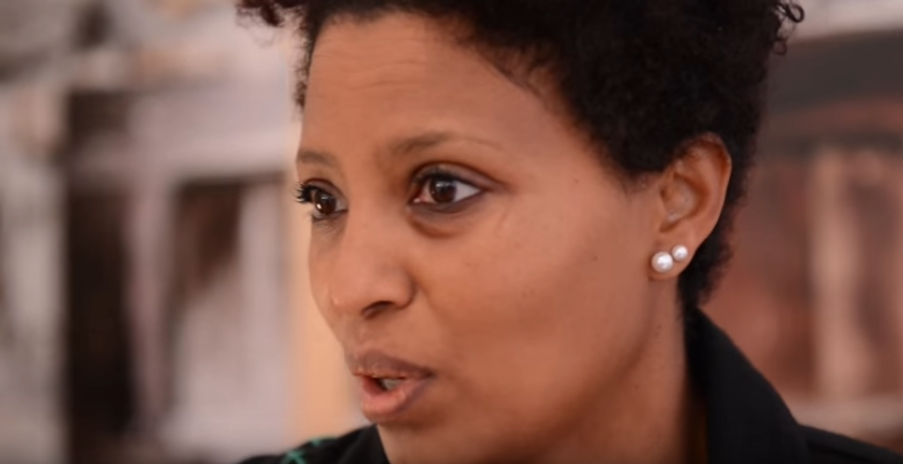 While the threats that Agitu is facing have been persistent for a while, she notes that everything has been intensified in the charged political atmosphere dominating Italy recently “I have worked with so many different people, but I have never been threatened like this before. I want to work in harmony again, as it has always been until now”.

We stand with Agitu, and we hope for the same, this is not the kind of Italy that we want. If history has taught us anything, hatred and bigotry always lead to ruin.