The ‘Community-based Value Chain Enhancement in the Greater Caucasus Mountains area’ (COVCHEG) project has mapped 40 local varieties of vegetables, fruit, traditional home-made sweets, animal breeds, wild plants and other specialties linked to the villages and climatic zones of the Greater Caucasus Mountains of Azerbaijan, since 2018. And 28 out of the overall registered items are already on board the Ark of Taste, which is selecting and recording quality food products at risk of extinction worldwide.

COVCHEG is funded by the EU and implemented by Slow Food in partnership with the Azerbaijan Tourism Board.

Today, this project has reached a fundamental milestone: the creation of the first three Slow Food Presidia in Azerbaijan.

Slow Food Presidia directly support farms and involve the creation of farming communities that protect biodiversity and preserve traditional food production techniques. This helps farmers be less isolated, overcome difficulties together and gain access to the market with no third-party mediation. All the products protected by the Presidia are linked with the history and culture of a specific area. The farmers receive training through meetings with experts and international exchanges of experience.

What are the first three Azerbaijani products worthy of becoming Slow Food Presidia?

Rosehip is a perennial bush plant belonging to the genus Rosa in the Rosaceae family, which grows spontaneously in the alluvial plain of the Girdimanchay river and the riparian forests of the district of Ismayilli, in the north-eastern part of the country. 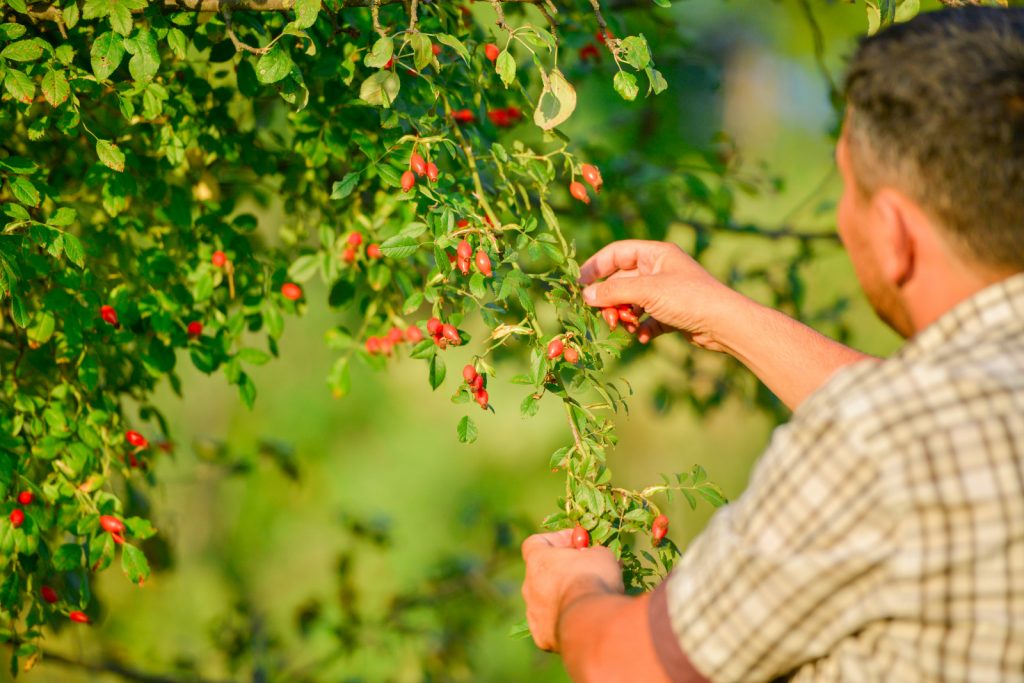 The cultural and gastronomic importance that this species gained, depends on the rural populations’ ability to grasp the peculiarities of the rosehip (also called dogrose), both for what regards the fruit and other parts of the plant, especially the flowers.

The plants are located in state-owned forests and no title of ownership was conferred. The harvesters do not use invasive techniques because they know that a fundamental source of sustenance is therefore ensured for the benefit of the entire community:  the health of the plants must be preserved as well as the mountain and the forest landscape. Traditionally, it is women who process the Caucasian wild rosehips to make syrups, compotes and jams. Nowadays, due to the depopulation of the mountain areas and lack of youth, the knowledge connected with this wild species is at high risk of disappearing.  Sahar Aghayeva, coordinator of the Rosihip Presidia, gathering mainly women-farmers says: “It is a gift of nature that grows wildly, and since it is so poorly promoted,  most people have forgotten about it. We believe we can promote and restore its potential, with the help of Slow Food.

The Ata-Baba hazelnut is an ancient hazelnut cultivar from Azerbaijan. The southern slopes of the Caucasus Mountains, between the districts of Gabala and Gakh, where this hazelnut variety grows, presents rich biodiversity, not only from an agricultural point of view but also culturally speaking, due to the presence of several minorities, such as Udis, Turks, Lezgins and Georgians.

The Ata-Baba hazelnut is commonly consumed as a dried snack. It is also a particularly important ingredient to bake sweets being served at the Novruz, the spring holiday that welcomes the new nature cycle, like baklava (a dessert made with phyllo pastry, honey and dried fruits) and shaker bura (baked bagels filled with ground hazelnuts, mixed with sugar and eggs).

As Azerbaijan began to make a name for itself as one of the most important agricultural producing countries in the world, local varieties became less and less relevant, except for a very local base of farmers who are often poorly paid. Therefore, small-scale producers have lost part of their sovereignty on autochthonous production and ended up delivering their produce to local traders,  who are mainly focused on mass production for the processing industry and exports. The Presidium aims at supporting small-scale producers who still grow this ancient variety, so that their product may be paid what these people deserve.

“We believe in the potential of our hazelnut, but big industries have swept away small hazelnut businesses. If we could gather together and form a cooperative, we would restore the hazelnut business for small farmers” argues Sebuhi Nebiyev, an Ata-Baba hazelnut producer.

It is a local red grape variety named after the village of Mədrəsə in the Shamakhi region of Azerbaijan, historically known as Shirvan region, a mountainous area, whose highest peak is the Babadag mountain, 3,629 meters high. A real ever-changing landscape, from steppe to foothill meadows and forests, as well as the climate, highly influenced by this area’s mountainous geography and close location to the Caspian Sea. Consequently, these Azerbaijani wine regions can face different types of weather, that may be either dry or very cool or wet and, as a consequence, the locally-grown varieties must be very rustic and robust. Intensely colored red wines and rosé wines with a citrusy note and a good level of tannins are produced in Madrasa. The aroma of these wines is rich in fruit flavors, such as raspberry and wild berries, with a long finish. 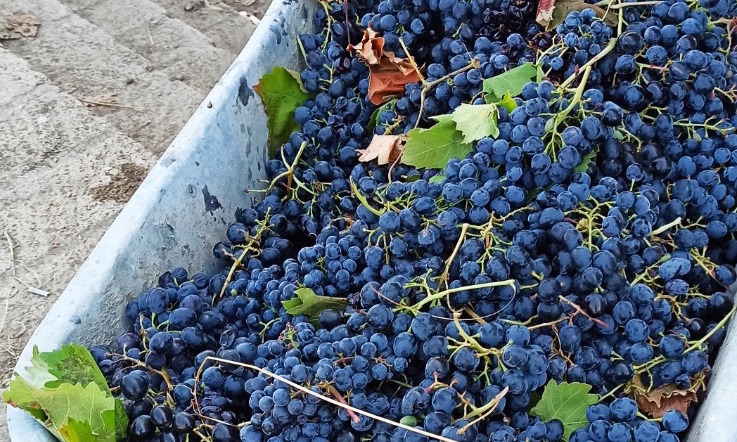 In the 1870s-80s, there were 50 thousand hectares planted with Madrasa vines, but the total cultivated area has decreased significantly over the past century. Slow Food wants to support those who have resumed this cultivation, or never left it, by working alongside the wine-makers and trying to reposition Madrasa wines. Indeed, small-scale producers are currently forced to sell their grapes to big industrial companies, poorly-paying the raw material.  Consequently, with the aim to achieve their objective, producers have decided to promote sustainable techniques, both in terms of cultivation and winemaking, to meet a modern consumer’s needs, while protecting the environment. Therefore, the use of synthetic chemicals in the field is not allowed, and no industrial yeasts are used in the fermentation process. “Viticulture in Shamakhi is a centuries-old tradition and we are willing to give an international perspective to this tradition, by forming a Presidium ” states Etibar Muradli, the Madrasa producer.

Through the COVCHEG project, Slow Food is working to safeguard what is left of local biodiversity in Azerbaijan, and develop sustainable local value chains as a viable alternative to the well-established and powerful ones that are wiping out local production. Slow Food, with the financial support of the European Union, and in partnership with the Azerbaijan Tourism Board, is developing a project to support smallholder farmers in the Greater Caucasus Mountains region. The EU-Azerbaijan partnership will closely work with local authorities, civil society groups and other stakeholders, to share the EU best practices and experience on local identities and gastronomy and favor the conservation of local biodiversity and cultural heritage.

Petra Molnárova is the soul of Trh Piact Mark in Bratislava. And she didn’t give up even in the face of the pandemic. The market had been reborn and had to keep on living. I’m Petra Molnárova and I’ve turned my passion into a job. I’ve always been passionate about local production and biodiversity and, …

FOOD FOR CHANGE 2021: RELAIS & CHÂTEAUX AND SLOW FOOD TOGETHER TO PROTECT BIODIVERSITY Thanks to the nominations of Relais & Châteaux chefs, 85 products in 28 countries have been approved to the Ark of Taste, the Slow Food project that saves foods at risk of extinction around the world: a goal that will be …