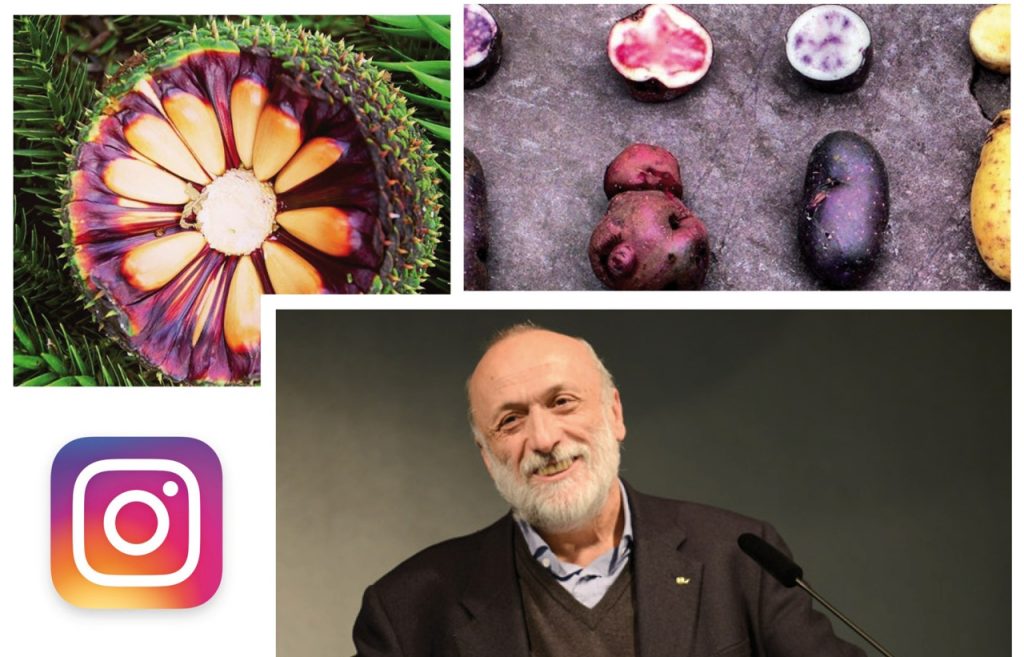 The union between food and photography is everywhere these days as communication becomes more and more image-based, particularly on social media—Instagram first and foremost—where photographs are the main element of messages shared online.

Slow Food, which has had an Instagram presence for some time, is now launching a new collaboration with Cortona On The Move, an international photography festival that brings exhibitions, performances and conferences to the small Tuscan hill town of Cortona every year. Recently, in the beautiful setting of Cortona’s Teatro Signorelli, Carlo Petrini and the president of Cortona On The Move, Antonio Carloni, presented a preview of the hashtag #arkoftaste, which will allow the Ark of Taste project to open up to social network users, inviting them to nominate products from their local area using photography.

“The Ark of Taste is an ambitious project,” explained Carlo Petrini. “We’re now starting to harvest the results of what is a cataloguing work of inestimable value, necessary for the safeguarding of the world’s food biodiversity. This biodiversity is under threat on multiple fronts, from modern standardized agriculture and a system of food production that for some time now has had a purely quantitative focus. Knowing about these foods at risk of extinction means an awareness of the value of the heritage they represent, and is a fundamental way of defending not only the foods themselves but also, most importantly, the communities of farmers, fishers and herders around the world.”

“But the Ark of Taste must also be able to describe and communicate this wealth in the best possible way,” Petrini continued. “This is where the collaboration with Cortona On The Move comes from, and the idea of exploiting the potential offered by modern means of communication and sharing—a concept central to the discourse about food—in order to disseminate and amplify this knowledge through the action of their many users.” Our “heroes,” added the founder of Slow Food, are young people: “They are the ones who have the possibility, the energy and luckily also the desire to change things, to put up resistance and to reverse current trends.”

Antonio Carloni then picked up the thread: “#arkoftaste is another weapon available to young people,” he said. “They are the true experts and undisputed masters of social media, charged with defending what is also for them, around the world, the common denominator in everyone’s life: food.” 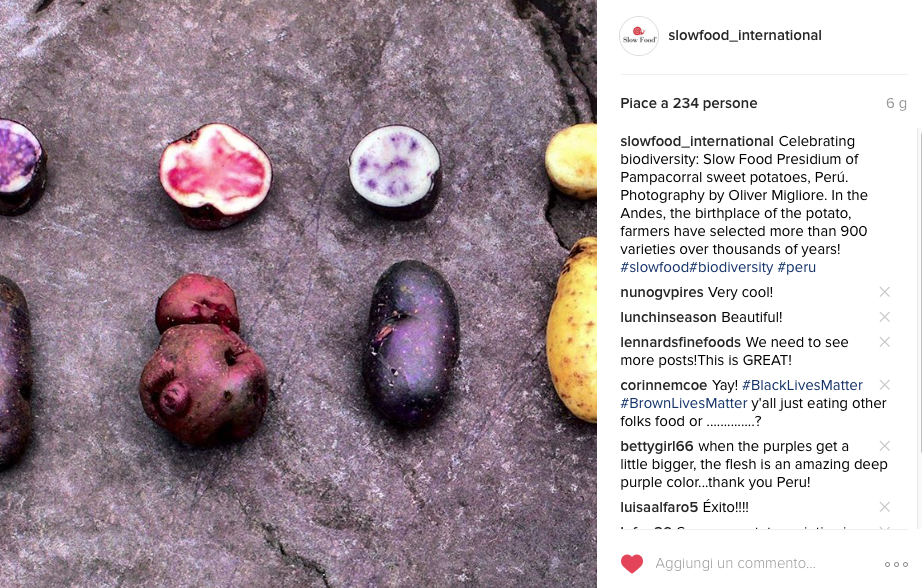 “Beauty and esthetics should not limit themselves to supporting the affectations of what we can call a real gastro-mania,” said Petrini. “Rather, they should support a cultural operation aimed not so much at celebrating the product in and of itself, but valuing and protecting the people and the rural communities that lie behind it. Too much marketing nonsense is constantly taking our attention away from the drama of many producers who are struggling to cope with unprecedented climate change and who are oppressed by economies that have stolen value away from food, reducing it to a figure, to its price. The noble art of photography is the tool for communicating reality through images, and it can become an essential element within a holistic vision of food, and the world, that all of us share.”

In September, when #arkoftaste will be officially launched during Terra Madre Salone del Gusto (Turin, September 22-26, 2016), this sharing will undoubtedly become even more global, engaging more and more people, helping the Ark of Taste to grow ever larger and increase its invaluable cargo of knowledge.