The Arena at Terra Madre Salone del Gusto brings together three very different and internally diverse groups, united by the very difference that sets them apart from the rest: the Indigenous Terra Madre network (ITM), the migrant network, and the youth network (SFYN).

The common thread between them is a powerful link, that is felt no matter how varied the context. No matter where in the world, indigenous peoples so often share the same challenges and hurdles, for many of the same reasons, and as a result many indigenous peoples share similar experiences, despite the contrasts between them. The same goes for migrants and likewise youth, although the setting and the individual circumstances change, experiences mirror each other among migrant groups and among youth around the planet. The Arena is a space of discussion and learning, affording a voice to three groups who are so often silenced in today’s world. At the Arena, they talk, we listen. 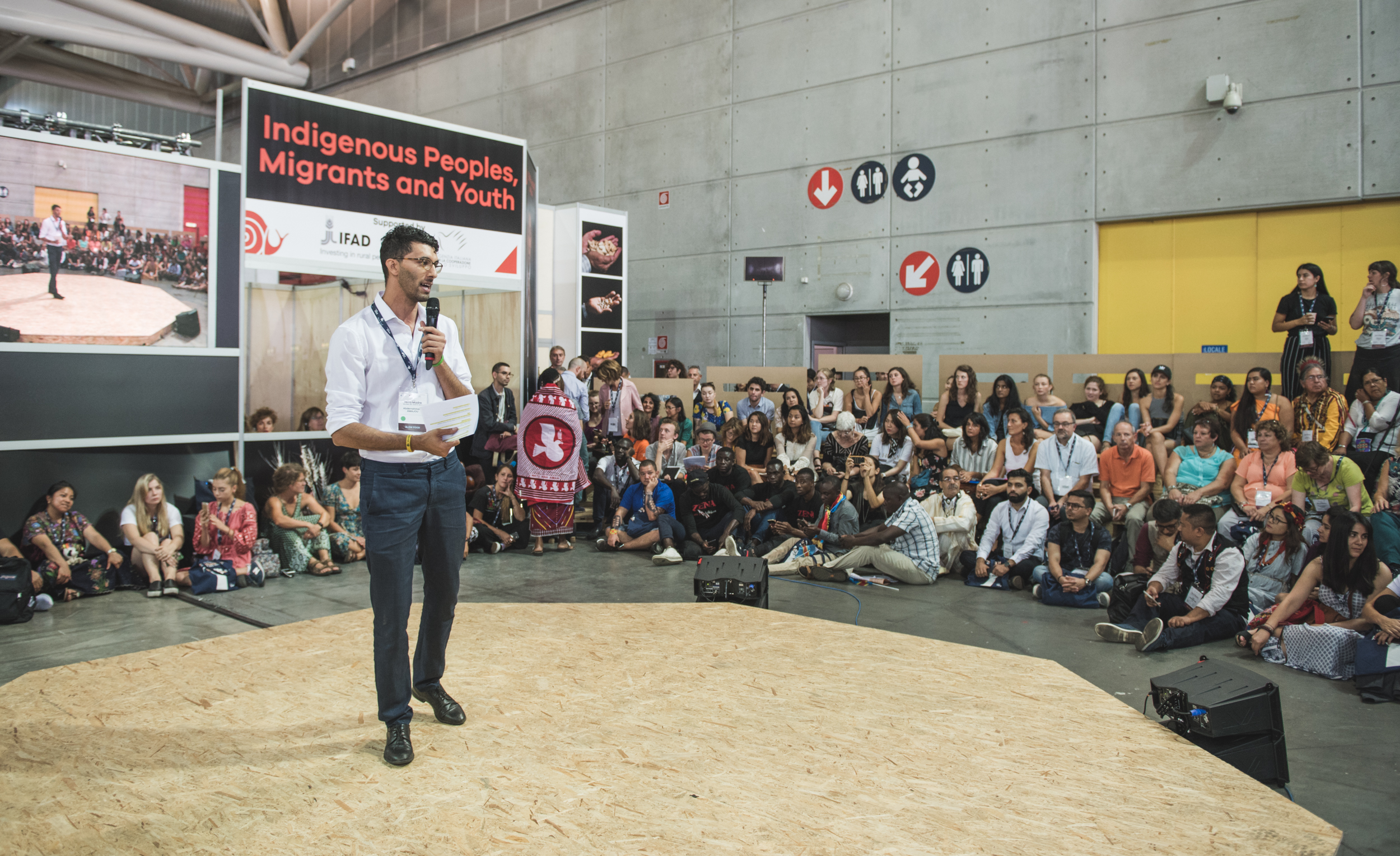 The inauguration the Arena was opened by Abderrahmane Amajou, coordinator of Slow Food International’s migrant-related projects, and Paolo di Croce, Slow Food International’s Secretary General, the latter speaking of the vital role played by each of the groups represented in the Arena. “youth are the key to the future, we need to have young people influencing all of the decisions that we make. And we are inviting them to come and learn, and be influenced by the experience.” He spoke of the scope of Slow Food and Terra Madre, and the importance of being inclusive: “Food has no borders, we do not care about borders, we care about cultures. Food represents all of our diversity, we need to talk about exchange, we need to talk about interaction. The migrant network is the core of this, food knows no borders and we are ready to learn and accept input from everyone.” 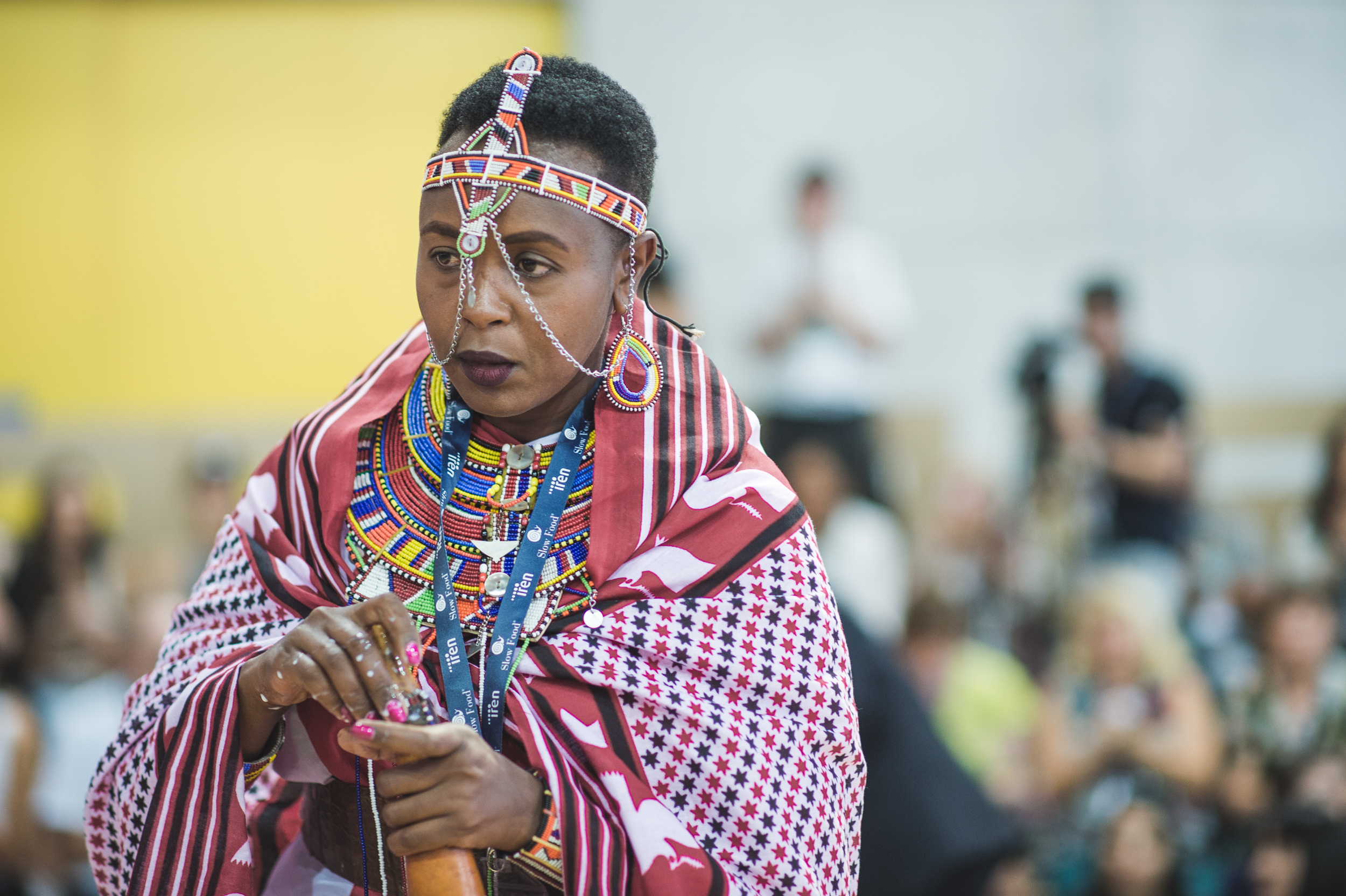 Tunda Lepore took the floor from Paolo, and blessed the meeting and the Arena with a Masaai prayer. Her lead was followed by Noel Nannup Whadjuk, flanked by Pete and Gecko, a trio of indigenous representatives from Australia, Noongar people who acknowledged and thanked everyone present and drove bad spirits from the arena, calling for good spirits to come preside over it. Vincent Medina Jr. of the Muwekma Ohlone people followed, introducing himself in Chochenyo, the language of his people. He spoke of the struggles and oppression suffered by his people and their resistance and rebirth in recent times. As younger indigenous people learn about their cultures and past, they are growing and working to heal the deep scars left by colonisation. He spoke of the lack of recognition of his people, by their own government in the United States. He left us with a prayer in Chochenyo, blessing the Arena with good augurs. 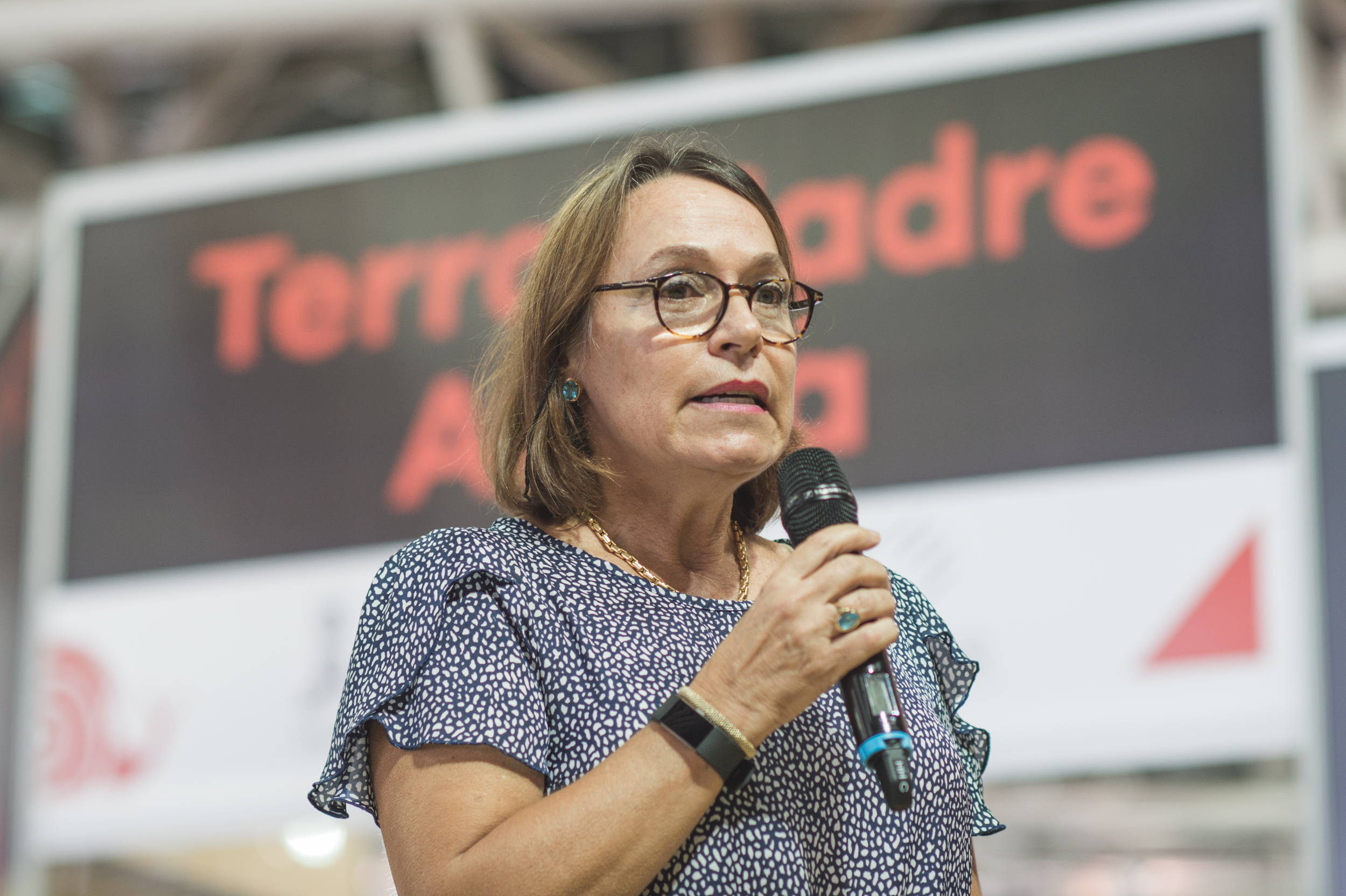 As the major partner in Slow Food’s activities with the indigenous and migrant networks, IFAD has been invaluable in setting up the Arena and the work that it represents. Margherita Astralarga,Director of Environment, Climate, Gender and Social Inclusion Division at IFAD spoke of the disparity between food produced and the hunger prevalent nevertheless. “1 in 9 people around the planet is under-nourished as a result of food deprivation. Despite efforts to address this, there are 17 million more people in this condition than last year. Why are we not making progress? What is happening? IFAD is working to build a global network of indigenous peoples, to work with rural men and women to help them protect their food security and sovereignty.” She was also happy to note the diversity in the Arena, and the contrast with the perennial decision makers, older western men in suits: “I see there are not many white hairs here, the majority of people here are young people. I see many women here. This is good. Young people are the future. Women are more empowered, indigenous people are more empowered, youth are more empowered. We need to build on this.” 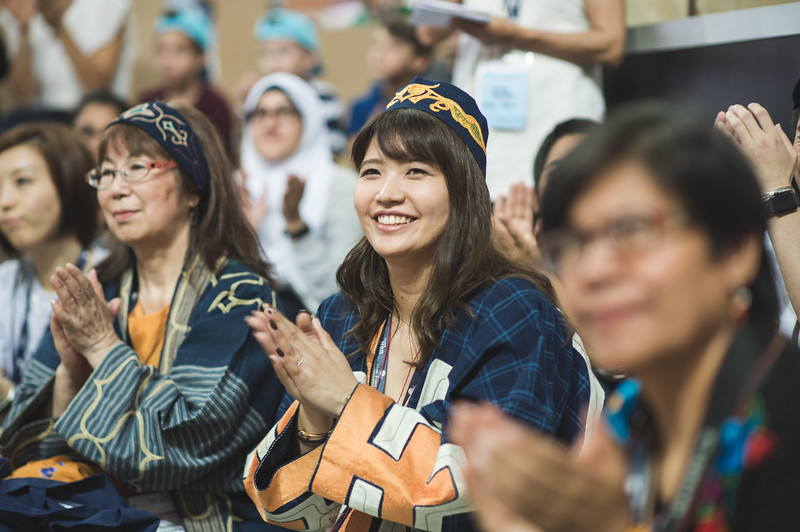 Tunda Lepore came back to the centre to speak on behalf of the indigenous network, through the words of Diné Woman, and Slow Food International Councillor for the Indigenous Network, Denisa Livingston. “We need to be inclusive and respectful of the contributions of one another, an experience honoring the experience of indigenous peoples, migrant peoples, and youth. Food is what has brought us all here together. We are reclaiming and regaining our identity through food” Her words became a rallying cry as she called upon her peers to take responsibility and be forces for positive change “What are you doing? What are you contributing? We are the descendants of our ancestors, but also the ancestors of our descendants. We need to accept and embrace this stewardship, we need to think ahead, to plan for them, just as our ancestors did for us, we need to pass on the world and a legacy to them.  The future is in our hands. Be a good ancestor.“

Mohammed Ashgar Syed, who migrated to Italy from Pakistan, brought us back to the starting point that joins us all, food. Speaking as a migrant, he drew it as a more tangible link than merely a shared interest, pointing to food as a cause for migration. The destruction caused by hyper aggressive agriculture, despite providing high yields in the short term, rapidly leads to soil erosion, forcing people who have lived on and worked that land for generations, to leave. He went on to discuss the other side of the equation, and called on those in countries that receive migrants to approach the matter with open minds. “The strongest cultures are those which have always been open and adaptable, able to accept and improve with change.”

Mohammed left the stage to the Executive Director of the youth network SFYN, Jorrit Kiewik, “one of the crazy people who cycled here.” Jorrit spoke on behalf of the youth from all over the world within Slow Food. “Terra madre is the place where we get to understand ourselves, by learning from others. This arena will be the place to learn, enjoy, and celebrate the things that unite us all.” 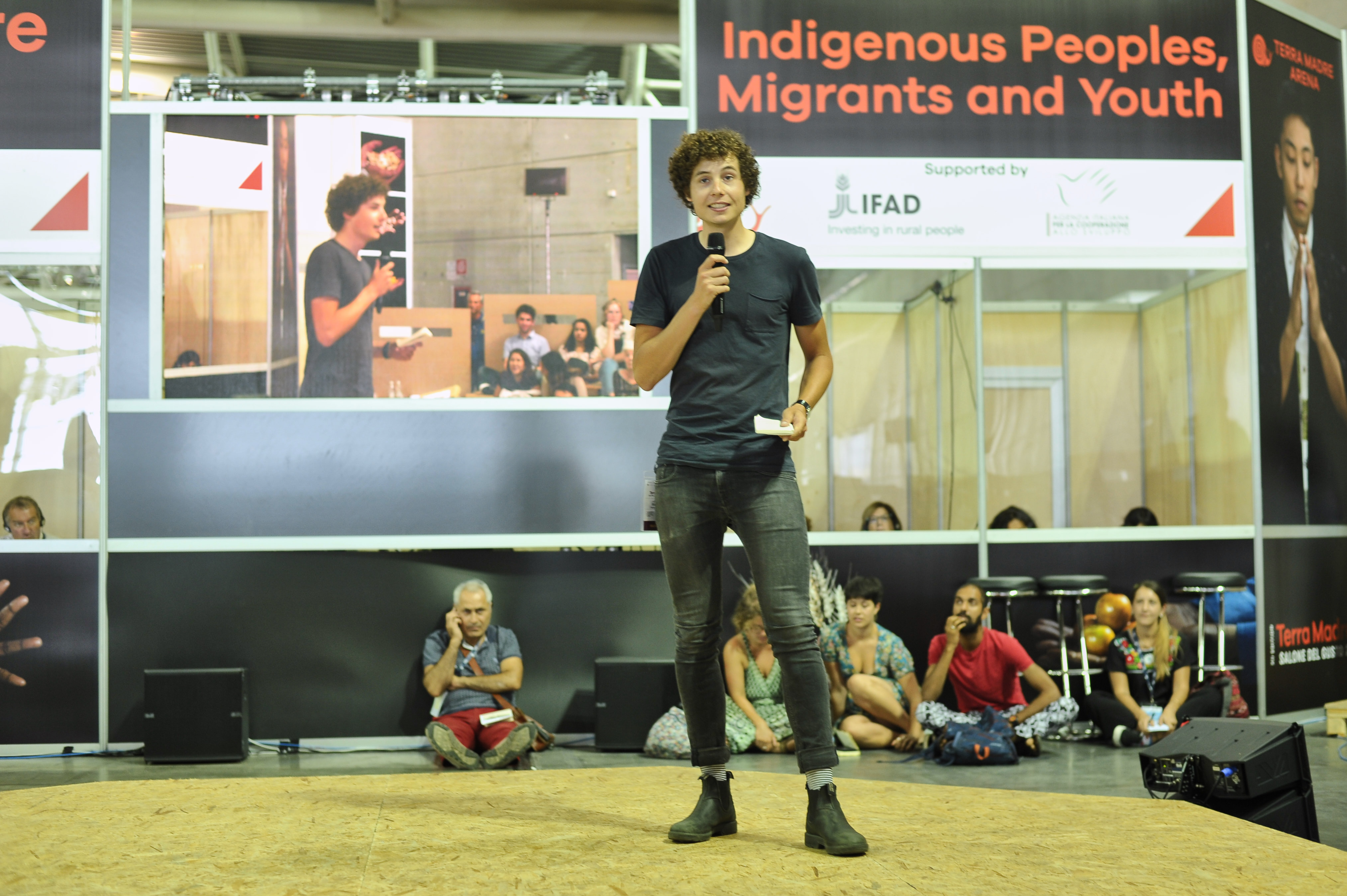 Finally, Slow Food President and Founder Carlo Petrini, took the stand, echoing many of the issues and topics that had been raised, and reinforcing Slow Food’s commitment to the groups at the Arena. Petrini had an important message for the Italians in the audience, but one to which we can all heed, regardless of our origin. “Not so long ago, we Italians were leaving our homeland, because there was no food, because there was no work, over 30 million Italians crossed the seas to the Americas, to Australia, to new homes. Let us remember that, now that we can offer a refuge to those facing now what we once did, who are now what we once were.”

As these final words settled, and the Arena, full of young, diverse people, was officially declared open, the words of the speakers resonated. If our food choices are to change the world, if we are to create a better future and become good ancestors to our descendants, this is a good place to start. 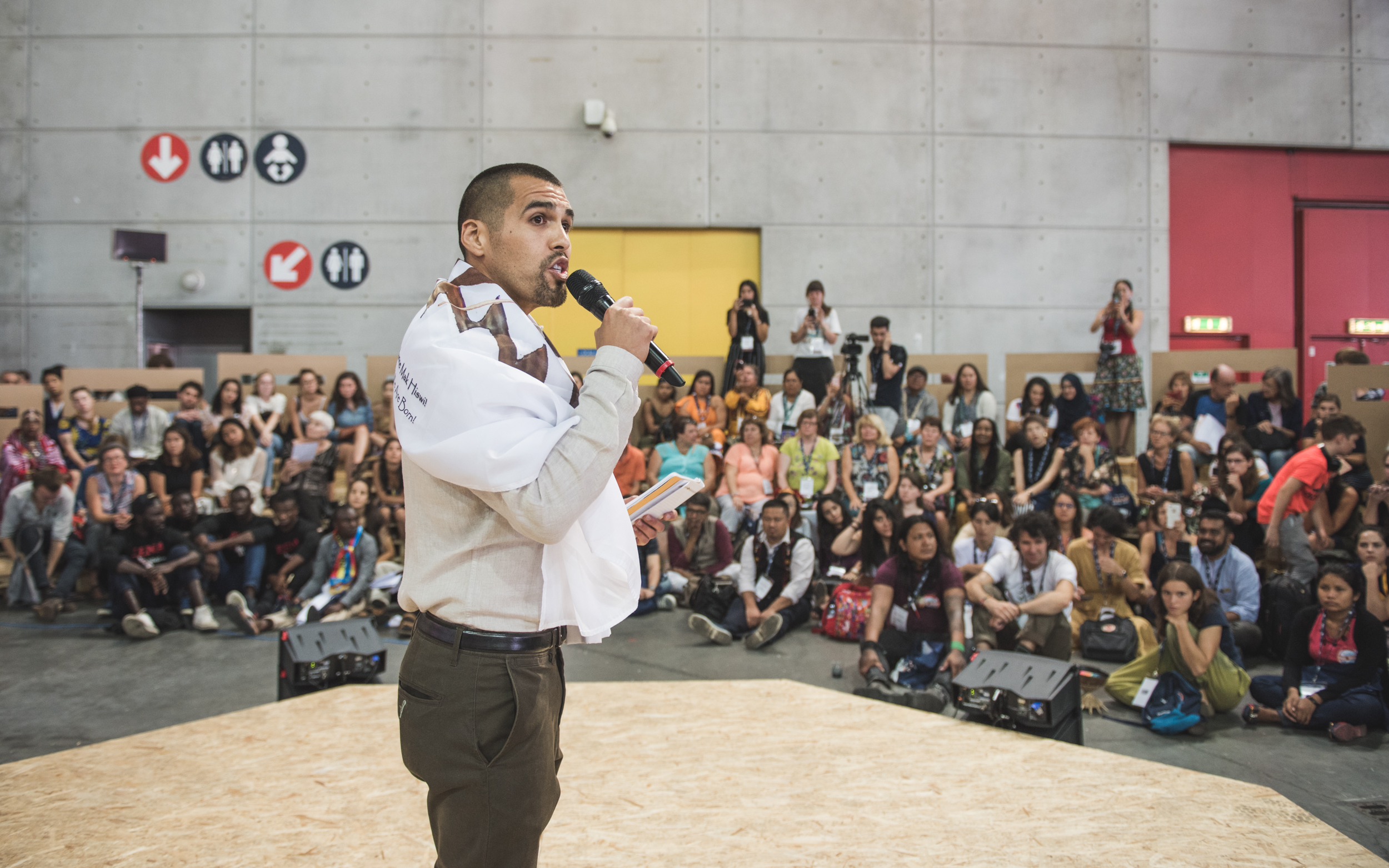