Antimicrobial resistance (AMR), which includes antibiotic resistance, is becoming more prevalent, and in some countries it has doubled in the last ten years. What’s behind this serious and growing problem?

Today, 70% of the antibiotics sold in Europe are used on intensive industrial farms to deal with the poor hygiene, overcrowding and stress that cause numerous sicknesses in the animals. The antibiotics then reach our acquifiers through animal manure, polluting the environment and putting our health at risk, as their effectiveness is gradually diminished.

A dramatic picture emerges from the report recently published by the Organisation for Economic Co-operation and Development. According to the data, in the last ten years the use of antibiotics in the 34 member states of the OCSE has grown on average by 4%, reaching an average 20,5 daily dose per day (DDD) per 1000 people. The countries using most antibiotics are Turkey (41 DDD), Greece (34), South Korea (31.7), France (29), Belgium (28.4) and Italy (27.8). 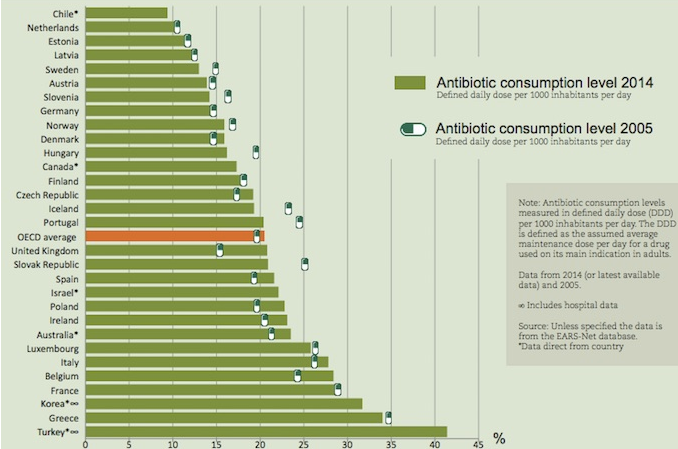 Considering the phenomenon of antimicrobial resistance, there are a couple of positive cases, namely the UK and Belgium, where antibiotic resistance has fallen since 2005, but the general picture is darker. In some countries, such as Slovakia, New Zealand and Italy, antibiotic has doubled in the same period. 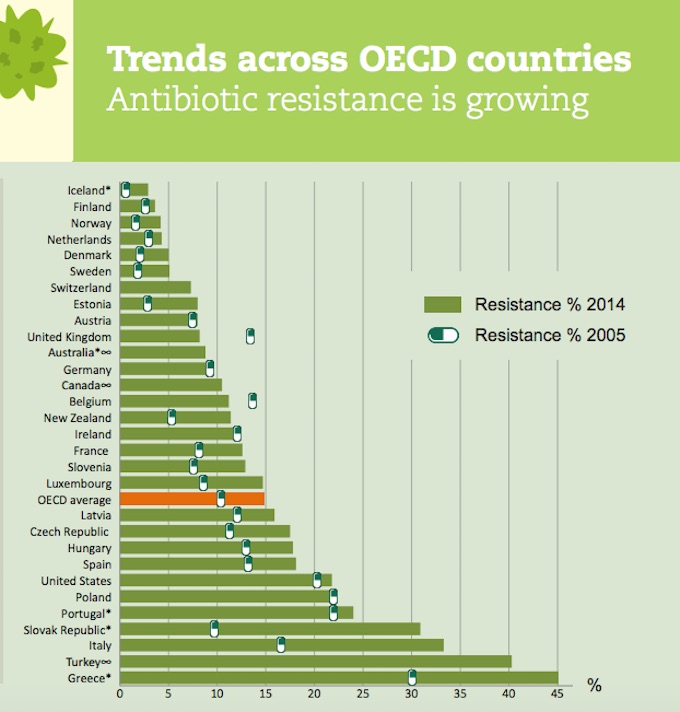 As the report states, “AMR poses a significant burden on healthcare systems and national budgets. Hospitals spend, on average, an additional USD 10,000 to 40,000 to treat a patient infected by resistant bacteria in OECD. With the rise of AMR, we are now heading towards a ‘post-antibiotic era’ where common infections may once again be fatal.”

As consumers we can do act to stem the problem, first of all by avoiding products that derive from intensive industrial farming, and favoring meat, milk and cheeses that come from virtuous producers who respect animal welfare and for whom the use of antibiotics is an exception, not the rule.