Archive » Antibiotic Resistance: A Slow Lifestyle Can Make a Difference

Antibiotics are losing their effectiveness against increasingly resistant bacteria, thanks primarily to the excessive and often inappropriate use of these drugs. As a result, the health of everyone—and the planet—is being put at risk.

With over 10,000 deaths a year, out of around 33,000 in Europe, Italy has the unfortunate distinction of having the highest rate of deaths caused by antibiotic resistance in the continent, according to a study presented in March 2019 at the 7th AMIT (Topics in Infectious and Tropical Diseases) International Congress organized by the Federation of Scientific and Technical Associations of Pavia.

The most recent figures confirm that the number of patients infected with resistant bacteria in the European Union is on the rise and that antibiotic resistance represents one of the most alarming threats to public health. Bacteria, resistant or not, do not recognize national borders nor species barriers, making this phenomenon a global threat.

Antibiotic resistance has a significant impact on animals and, as a result, the environment itself. The same problems with treatment are being seen in veterinary as well as human medicine, with fewer antibiotics able to cure infections both in pets and farmed animals.

How are antibiotics used on livestock farms and why is it a problem?

Intensive livestock farms often find themselves blamed for these problems. Not surprising, given that 70% of the antibiotics produced worldwide are used on big industrial livestock farms (in the United States, that figure is 80%), where animals are regularly given antibiotics either to prevent diseases that spread due to overcrowding in cramped spaces or to encourage growth. These antibiotics end up in the animals’ waste, passing from there into the soil and groundwater, and then to us. Over time, bacteria develop resistance and the antibiotics currently in use become ineffective.

“Antibiotics and pharmaceuticals in general are by now found everywhere in Italy, in the sewers, in the lakes, in rivers and the sea, fueling the rise of drug-resistant bacteria. Sadly this is a phenomenon that’s going against the trend in the rest of Europe, where we’re seeing a drop,” explains veterinarian Pietro Venezia.

He has been collaborating with the Slow Food Presidia for several years, coordinating local sustainable development projects that integrate homeopathic, permaculture and biodynamic approaches with production, social and commercial processes.

“And in reality it’s the system that needs to be changed: Restricted spaces, overcrowding, unsuitable and forced diets, mutilations, cages and a lack of pasture, movement, fresh air and sexuality all predispose the animal to sickness.” 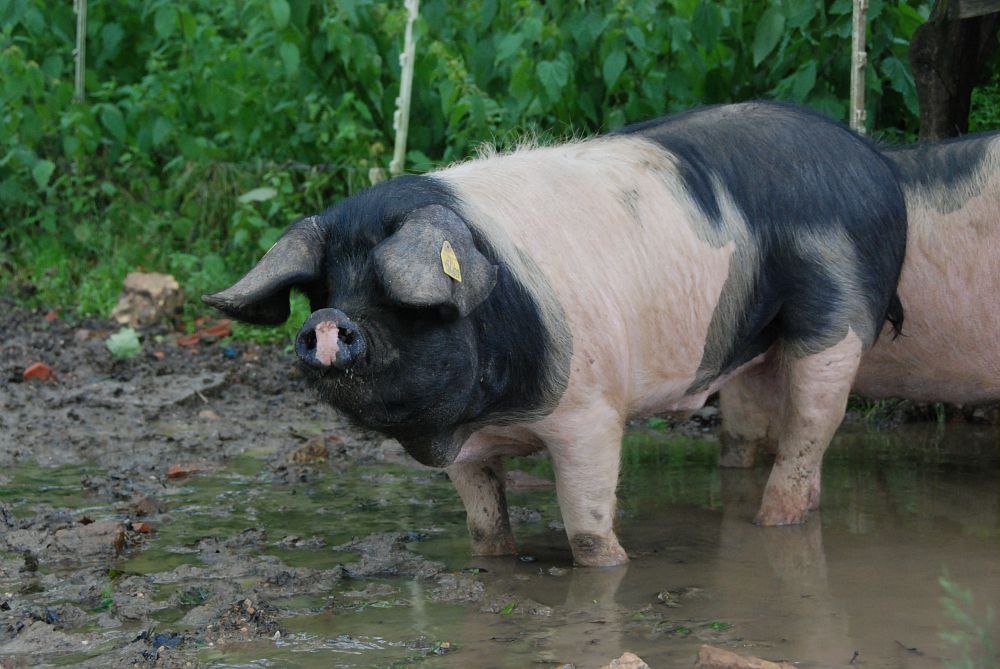 In Italy, the Ministry of Health and regional governments have long carried out official controls to ensure that the foods we eat are safe, but most likely it’s not enough. Farmers can and must do more, firstly by resorting to antibiotics only when prescribed by a veterinarian and only when strictly necessary.

What about the environmental risk?

The use of antibiotics is primarily risky because medicine residues end up in the environment, where they can contaminate water, soil and vegetation. The residues continue to be active and can act on the bacteria that commonly populate the environment. Through complex mechanisms their presence can contribute to the selection of resistant bacteria.

What’s essential, therefore, is an approach known as “one health,” which does not limit itself to preserving human and animal well-being but also encourages coordinated interventions in different areas, including agriculture and the environment.

What can be done to resolve the problem?

“We urgently need to change course, using antibiotics only when necessary. Slow Medicine and Altroconsumo are collaborating on the Choosing Wisely Italy project together with 45 societies and organizations of doctors, nurses, pharmacists, physiotherapists and veterinarians, calling for a reduction of the use of tests, drugs and other treatments that are unnecessary and can cause harm. From this collaboration came the idea of directly involving professionals through a manifesto committing to the appropriate use of antibiotics and the provision of correct information to patients and citizens.

The manifesto contains the name and photo of the doctor or team who has signed up to a series of recommendations and can be displayed in surgeries, clinics, hospital wards and pharmacies. This is a concrete initiative involving a stated commitment, which can help to raise awareness about the issue, educate people and create a tool for communication and alliance between professionals and citizens.”

In Italy the initiative has been backed by the Ministry of Health, the National Institute of Health and the National Association of Medical and Dental Doctors and supported by the societies and organizations that have developed and shared the recommendations on the correct use of antibiotics as part of the Choosing Wisely Italy project and FNOPI, the National Federation of Professional Nursing Orders. It is a starting point, which can be replicated around the world.

But it’s not just doctors who need to change their methods. When it comes to meat production and consumption, Slow Food’s Meat the Change campaign doesn’t just ask consumers to make everyday “Slow” choices but also encourages farmers to use sustainable farming methods, including when it comes to veterinary practices.

Farmers—and consumers—must rethink livestock farming, seeking a natural relationship with animals and the land, in order to offer quality meat to be consumed in smaller quantities, but with greater pleasure and health.

“We need to start from the livestock farming system, analyzing diseases caused by living conditions, distinguishing them from real illnesses and then modifying the farming methods that cause these problems. Only by improving livestock farming and returning the animals to their natural ethological behaviors (grazing, rooting, foraging, roosting, etc.) can we cure these diseases caused by living conditions, not with drugs. Using medicines by the ton to ‘cure’ and limit the pathologies generated by incorrect techniques is clearly not the right path, given the proven negative effects on human, animal and environmental health.

As the ‘one health’ approach teaches us, these are all inextricably linked. Farmers who belong to the Slow Food network already do it, following strict production guidelines, respecting animal and environmental welfare, limiting antibiotic treatments to when there’s not other way of curing the animals and not using preventative antibiotic treatments. Therapeutic interventions are often integrated in nature, based on plant-derived and homeopathic products and the improvement of the internal and external spaces where animals live. The use of hormones, coccidiostats and other artificial stimulants is not allowed. When antibiotics are necessary, the withdrawal times must be double those specified for the medicines used, or if not specified, at least 48 hours, and any milk or meat produced during this period cannot be sold to the public.”

Prudent antibiotic use can help to stop the rise of resistant bacteria and help maintain the effectiveness of the drugs so they can still be used by future generations.

How slow is your meat consumption? Discover it now!