When we think about how to feed the planet in the future, one of the most critical aspects to consider is the current level of meat consumption. At the moment, animal welfare and environmental sustainability are not compatible with European and American consumption levels. So it was natural that this topic would be discussed at Terra Madre Giovani – We Feed the Planet, where a range of different stories were heard. 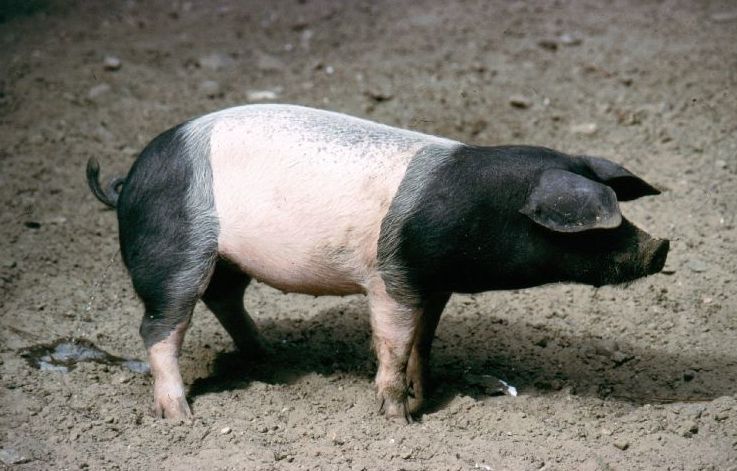 The first to share his experiences was Christoph Zimmer, a young German farmer from the Hohenlohe region. He spoke with great conviction about the revival of a traditional pig breed, the Schwäbisch-Hall, an Ark of Taste passenger since 2014. Christoph’s experience reflects that of many other young food producers: “My family had an old conventional farm, one of those typical German farms. But at a certain point I came across this pig breed that risked dying out. The Schwäbisch-Hall is a breed with marbled flesh, dark red in color and with a good texture. Genetically the breed is resistant to stress and this ensures the meat is good quality, that it doesn’t shrink or release a lot of water during cooking. The pigs of this breed are suited to being raised in wild or semi-wild conditions, with a diet supplemented by acorns, giving the pork a hazelnut flavor.”

The story of the Schwäbisch-Hall pig also brings to mind the story of many other traditional breeds. Until the 1950s, there was a good market for its pork, but then a slow decline started, due to consumer preferences for leaner meats. “In the 1980s, Swabian-Hall pigs had practically disappeared, and we saved them by asking ourselves a simple question: How can we recreate a future for the breed and for us? For me, the answer lay not in intensive farming, which has no prospects, but in a form of sustainable farming, with fewer animals, which allows for adequate profits. We questioned what feed to use, how to treat the animals, what medicines to give them. And now, we ask everyone who wants to join the association we founded to change paradigm, to adopt more stringent farming standards. Currently there are 3,000 Schwäbisch-Hall pigs, and 250 farmers raising them. More discerning consumers are willing to pay a higher price for quality meat.”

Elisa Bianco from Compassion in World Farming described a different experience, that of an organization working for farmed animal welfare, which, as she said, “is a concept that can be used somewhat nebulously, but is actually very clear. When we talk about welfare we are referring to physical well-being as well as psychological.” In order to better define this concept, five freedoms have been identified: freedom from hunger and thirst, freedom from discomfort by providing an appropriate environment, freedom from pain, injury or disease, freedom to express normal behavior and freedom from fear and distress.

Can this concept be transferred to a large scale, by working with big farms? Compassion in World Farming is working in this direction, with the aim of achieving as wide a shift in the market as possible. “I know I’m saying something that will be unpopular here,” continued Bianco. “But we also work with McDonald’s, with Unilever, with big names in the food sector. If a big company changes their buying policy and—like Unilever—no longer uses eggs from caged hens to make its mayonnaise, that triggers an important change: It persuades other companies to follow its example and, if the progress it is making is properly communicated, a potentially wider pool of consumers is reached, those who are not yet so aware of these issues.”

Two very different experiences: on the one side, small farms and conscious consumers, on the other, big companies trying to make progress in a very delicate, sometimes tricky field, and consumers who have never questioned the food they eat. With the Slow Meat campaign, and through all of its projects, Slow Food has always come out in favor of the small-scale farms. But listening to the stories at Terra Madre Giovani, it’s hard not to wonder: What if a big business really does change its policies? What impact could that have on the welfare of millions of animals? How can we change people’s buying habits? These are crucial topics that demand further thought and reflection.