Archive » Animal Welfare Must Be Compulsory In Slaughterhouses

In France there are 263 slaughterhouses and a thousand or so inspectors tasked with examining animals to check that they have no contagious diseases and that their meat is fit for the market. The animals’ welfare, however, is often neglected or ignored altogether, as two videos shot in French slaughterhouses by L214, the French association for animal protection, show.

In the last few weeks, French slaughterhouses have been targeted by animal rights activists—and not only—following a spate of well documented cases of animal cruelty. The most recent of these took place in the Soule slaughterhouse at Mauléon-Licharre in the southwest region of Pyrénées-Atlantiques, even though it boasts organic and Label Rouge certification, which, in theory, ought to be an extra guarantee of good practice. Unfortunately, Soule is not an isolated case. Just last autumn, public opinion was shocked by videos filmed secretly at the municipal slaughterhouse of Alès by L214, an NGO named for the 1976 law establishing that ‘every animal is a sentient being.’

Here is the link to the video, though I must warn you that it contains images of a disturbing nature. If you are of a nervous disposition, I suggest you don’t watch.

The discovery of new cases of animal cruelty and the ensuing scandals have prompted the French Minister of Agriculture, Stephane Le Foll, to make a stand and order specific inspections on animal protection in all slaughterhouses to shed light on their practices.

In a long interview to Le Monde, Laurent Lasne, president of the French national union of veterinary public health inspectors (SNISPV), speaks of the inspectors and the critical importance of their role. There are 263 slaughterhouses in France and about a thousand inspectors whose work is largely concentrated in two phases: ante mortem inspections to identify any contagious diseases undetected at livestock farms, and post mortem inspections to control the quality of meat sold on the market, thus ensuring consumer safety. Both phases are so long and complex that others tend to be neglected or at least carried out unsystematically. The frequency of checks on stunning, killing and bleeding, for example, is neither standard nor regular. They may be carried out once a week or once a month, which isn’t enough. 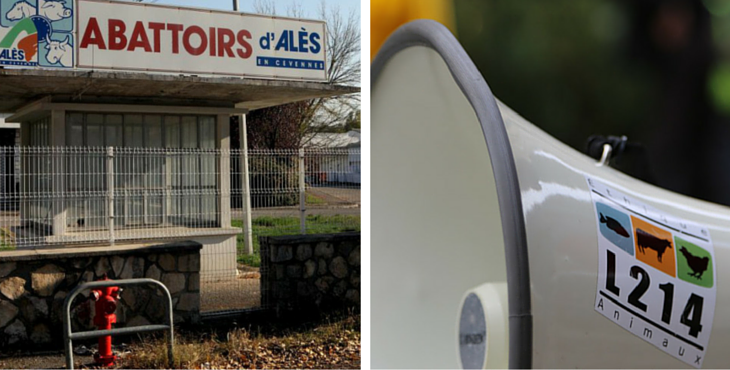 Lasne is very critical of L214, which he accuses of producing images that show only one side of the story—the negative one. On the other hand, though he admits the inspection services’ error, he shows how the main culprits of the present state of affairs are the firms that run the slaughterhouses, which often fail to apply good practices—established by law—and prefer to put profit before animal welfare.

Over the last 20 to 30 years, slaughterhouses have recorded great progress in terms of hygiene. But more must be done in terms of animal welfare, a parameter that is still seriously disregarded. What can be done to improve things? One suggestion is to install video cameras in slaughterhouses to monitor working practices, another is to set up ethical committees representing a cross-section of interests: livestock farms, slaughterhouses, animal protection associations, civil society organizations and so on. All this would offer a new viewpoint on a world that at present is only accessible only to insiders and the veterinary services. 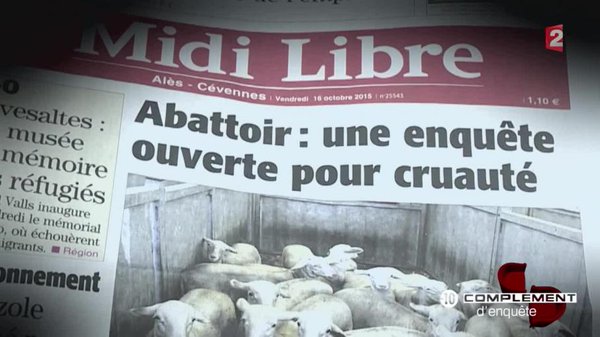 Hopefully, this latest scandal will lead to tangible results, the wave of indignation over the L214 will not peter out as the days go by, and Minister Le Foll will keep his promises. More precisely, though a measure envisaging that every slaughterhouse should employ a worker in charge of animal welfare is already in force at European level, efforts should be made to ensure that it is effectively enforced and that animals are properly protected. For that is not how things stand at the moment.