Archive » Animal Welfare: citizens and farmers together for the future of breeding

The fight for sustainable, animal-friendly farming is one of the focal points of the Slow Meat campaign, and part of the daily work the Slow Food movement undertakes with producers, consumers, chefs, technicians, and institutions.

The welfare of farmed animals is interconnected with the health of people and the environment: the farm, in its entirety and complexity, is a pivotal element for food production and a positive solution to the challenge humanity is facing on climate change, health, and biodiversity.

But are people aware of this? What perception do they have of the intricacy and issues involved in implementing a sustainable, animal-friendly farming system?

The Ppillow project, funded by the European Union, aims to build solutions to improve the welfare of animals reared in organic and free-range farming systems with low environmental impact. This project included research on the perception of animal welfare among European consumers and producers. The project is led by INRAE (France) and involves 9 EU countries (Belgium, Denmark, Finland, France, Germany, Italy, Netherlands, Romania, United Kingdom).

Two surveys were applied to measure the preferences between countries and stakeholder groups. This provided information on whether the farmers and citizens weighed certain strategies, such as avoiding mutilations which are -unfortunately- common in the breeding process. Changing this practice by opting for local breeds, choosing in-ovo sexing to abstain from killing male chicks, or to find ways that could really improve the welfare of bred animals.

Farmers and citizens agreed that environmental enrichments (i.e. providing adequate areas for the life of the animals themselves) are important welfare-improving levers, and both preferred their use in low-input production.

The results also suggest that supply-side stakeholders foresee the benefits of welfare, but also see some of the disadvantages of the improvements proposed to them.

However, they also indicate that several adjustments are not applicable despite their benefits. One of the most important reasons for inapplicability seems to be that the financial provisions to adopt a measure are inadequate. This may imply either high costs of implementing a change or low market incentives such as premium price or perceived low demand for animal-friendly products. Other barriers to adopting welfare-friendly measures include farm-specific factors such as limitations imposed by housing. Differences between countries in supply-side actors’ preferences were smaller than differences between citizens’ preferences in the study countries.

The supply sector involved indicated a higher relative preference for feeding, breeding, shelter from predators, vaccines, and anti-parasitic treatments, as well as the provision of enrichments and nesting material to pigs, and mutilations over the citizens’ inclination.

In contrast, citizens paid more attention to increased space allowance, reduced flock size, outdoor access and features, and slow-growing breeds. These can also be considered as measures that were “easy to understand”, whereas farmers preferred adjustments partially related to the daily management and care for animals.

Citizens view low-input organic and non-organic production more favorably than conventional indoor production, and they declare to be willing to pay a premium price for animal-friendly products.

About one-third stated they would be willing to pay at least 20% more, while close to one-quarter of citizens would not pay a higher price premium for low-input products.  Hence, there is room for a niche that would pay for premium price products. 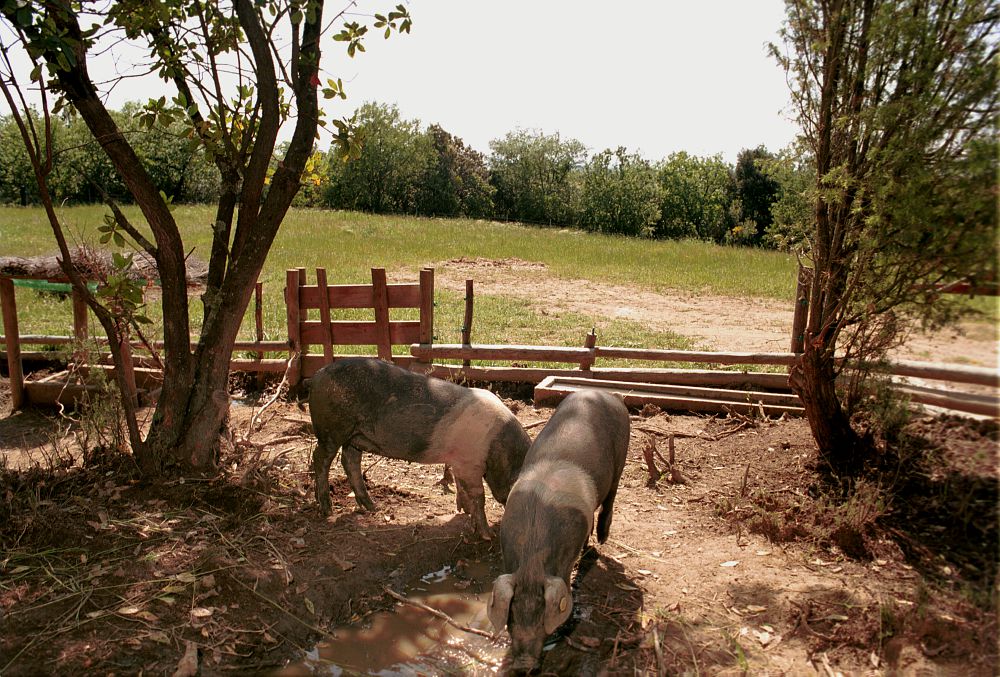 But how can a consumer measure animal welfare?

A substantial proportion of citizens did not have a clear view of the features of the kind of production they favor. This suggests that there is a lack of knowledge among citizens in assessing complex production practices. Therefore, there is a need for clear communication between farmers and citizens that convey consistent messages through trusted sources of information.

Probably ‘asking’ is the keyword. Every time we shop, our individual choices can have a positive influence on the global food production system. When it comes to meat, we can leave our mark.

To put animal welfare first, it could be useful to look into cooperatives and groups of farms that follow strict diets and guidelines in the care of their animals. Each year the welfare of millions of animals raised for their meat, milk, and eggs for human consumption is often seriously compromised, we can fight this situation by choosing producers who respect animals and the planet.

In absence of specific labeling standards that can give more information about how the animals are raised, “asking” is the keyword: when we go to the butcher shop, for example.

Of course, it is not always possible to buy meat directly from the producer, but the butcher can also do his part. Ask him for quality meat and encourage him to supply his business from high welfare farms.

Every time we shop, in farmers’ markets, directly on-farm, our individual choices can have a positive influence on the global food production system. When it comes to meat, we can really leave our mark.

To put the respect for the animal first, it could be useful to look into cooperatives and groups of farms that follow strict welfare guidelines for their animals. Each year the welfare of millions of animals raised for their meat, milk, and eggs for human consumption is often seriously compromised and we can fight this situation by only choosing producers who respect animals and the planet.

The debate on how to provide animal welfare information on labels is ongoing in the EU. But any solution, including the need to establish who implements good animal husbandry practices and thus receives public funding to improve their facilities, must overcome a hurdle: how to assess animal welfare on a farm? How to find common benchmarks? Moreover, any farmer will ask themselves this question at some point.

“Animal welfare is the result of many interconnected factors – says Anna Zuliani, veterinarian of Veterinarians without Borders -Italy and Slow Food collaborator on animal welfare projects and initiatives. – such as housing and management practices. Animals answer and adapt differently to the environment in which they live. Current welfare assessment methods consider management and housing practices as good indicators of welfare, despite the increasing importance given to direct animal indicators (so-called animal-based measures).

Animal-based measures require the direct observation of the animal and reflect the actual response of the animal (i.e., welfare consequence) to housing and management practices. Since the animal is the core of this assessment method, it applies to all different types of farming systems and practices, being them conventional, extensive, or intensive.

The scientific community is increasingly recommending the use of animal-based measures for animal welfare assessment and monitoring. It would be extremely important that these recommendations are fully uptake by the ongoing EU animal welfare legislative revision as well as in private animal welfare standards to improve the quality of life in farmed animals”

Unfortunately, current evaluation schemes do not seem to take much account of this indication and often try to use rigid control schemes, very much based on structural data, which could end up penalizing small producers with fewer financial resources and old breeding structures but, perhaps, a better relationship with their animals.

But there is a great need for training on this issue for farmers as well so that they can independently understand the level of animal welfare on their farms.

To help farmers with the self-assessment of animal welfare on their farms, the Ppilow Project developed the PIGLOW pig welfare app and EBENE poultry welfare app. These two tools are available to breeders, veterinarians, and technicians to assess the animal welfare of pigs, cows, hens, and chickens.

The apps are free and structured around a short series of questions about farm management and animal behavior while testing.

The EBENE poultry app focuses on animal-based indicators, covering, as PIGLOW app, all four Welfare Quality principles of Good Feeding, Good Health, Good Housing, and Appropriate Behaviour. During the step-by-step assessment (which takes approximately one hour and requires no internet connection), the app provides useful information and pictures that guide the farmer through the process. After completing the welfare assessment with the app and uploading the answers, farmers can immediately view their results on the app through a radar chart.

When using the app multiple times, all the results are visible, and allow the farmers to see if a score has improved since the previous assessment. For each welfare indicator, the results have a set of automated feedback, with risk factors that explain a possible low score.

“When creating these apps, – developers explain to us – technicians gave preference to animal-based indicators, as these are believed to be more directly related to the actual welfare of the animal than resource-based indicators. They discussed the list of indicators with National Practitioners Groups in 6 European countries, including representatives of feed producers, consumer associations, retailers, veterinarians, processors, and farmers.

They were asked for their opinion on the importance, feasibility, and definition of the indicators. Following refinement of the indicators based on these discussions, prototypes of the apps were tested for comprehensibility and user-friendliness by pig and poultry farmers in Belgium and France. We used the farmers’ feedback regarding -for example- feasibility, user-friendliness, and wording of the questions to produce the final apps”.

These solutions make possible an objective view of the welfare of animals on the farm, with simple concrete questions you can give a score and see the improvements over time. In addition, the final evaluation is a resource to understand what the weak points are and where to work to improve. For example, there might be a deficiency in pasture management and diversity of the living environment, while on the other side nothing major to fix.

For those interested, the PIGLOW app for swine is available in Italian, English, and French and can be downloaded here.

The EBENE® app is freely available in three languages (English, French, Dutch) and other languages and can be downloaded here.