Archive » Animal Welfare: a Tea with the Chickens from Cascina Santa Brera

Farming animals without cages is possible: sign the ECI to End the Cage Age

We would like to invite you to a cup of tea today, with…chickens. Alright, it may be just hot water and not real tea, but one of the luxuries offered to the chickens being reared at Cascina Santa Brera in San Giuliano Milanese is a hot drink to warm up the cold winter mornings and help the hens lay eggs, even during the period of the year when they are not particularly generous.

But one thing at a time. Irene di Carpegna, who runs the farm and its agritourism business, spoke to us to explain this project of hers, totally focused on animal welfare, something considered as necessary rather than a mere afterthought. 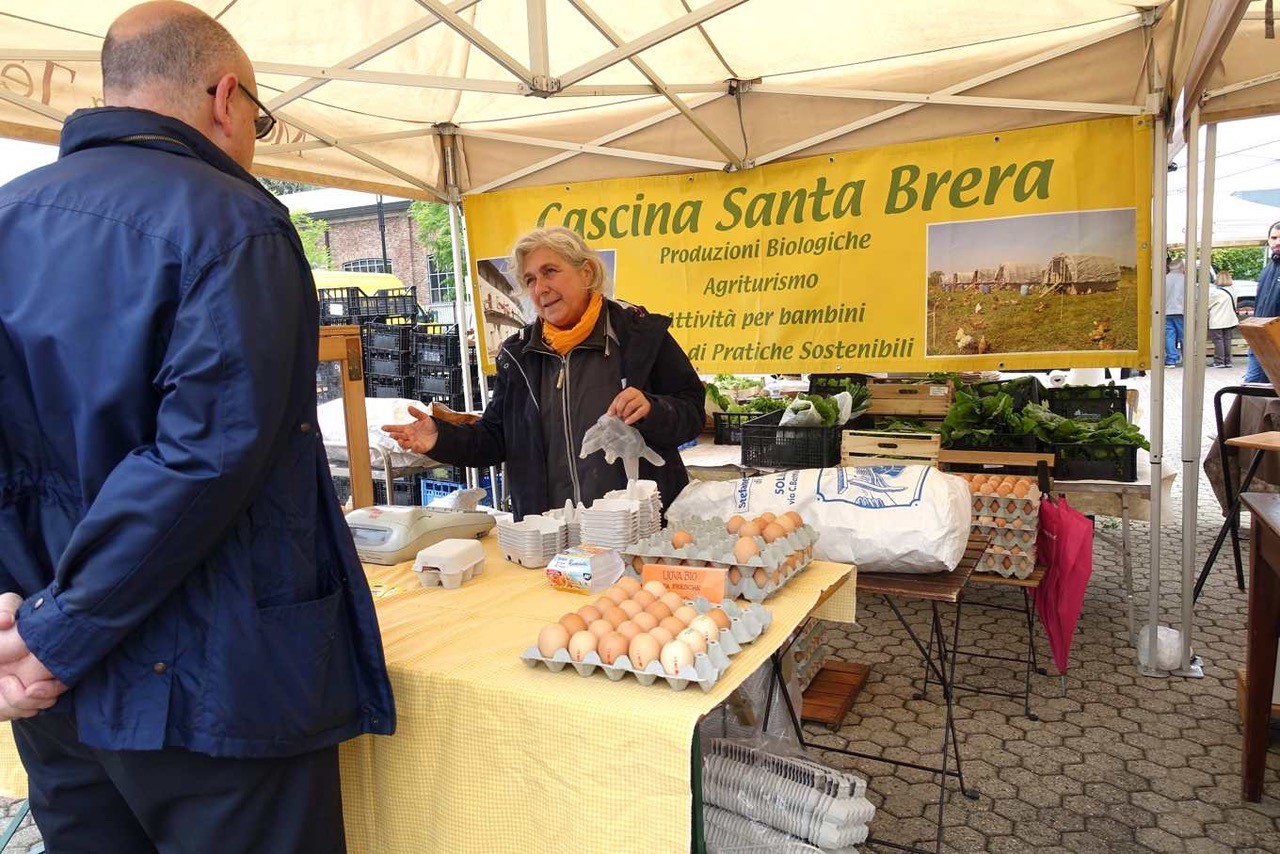 “Before we started farming chickens, we studied their behavioral biology. Perhaps not everybody knows that they are highly social animals, loving to live together. This is a factor for which each group must not exceed 120 individuals. They should live in a real community, where they know each other, where they have their own hierarchy and roles and do not fight!”. Irene pointed out that cocks are not kept separate from hens, as is the case in  the intensive farming industry. This not only makes the hens happier but it has is linked to their safety as well. In case of danger, cocks protects hens, and this is extremely important in case of dogs or wild animals attacking. On top of that, fertilized eggs have a higher nutritional value than unfertilized eggs. Also, chickens can live freely and according to their needs, helping to prevent episodes of intraspecies violence. Hens in battery-cages have their beaks trimmed to prevent them from hitting their neighbours (that are really too close) and their wings are cut out to stop them from flying away. These measures are generally justified as suppression of aggressive behaviors, without making note of the fact that such behaviors are a direct consequence of the survival instincts and desire to flee that come from living in unnatural and unbearable conditions.

“We decided to provide our chickens with all the room that they coudl ever need to be happy, to scratch about, to breathe fresh air and eat grass and worms, the latter of which they love, and also provide their eggs with omega-3 and 6.” 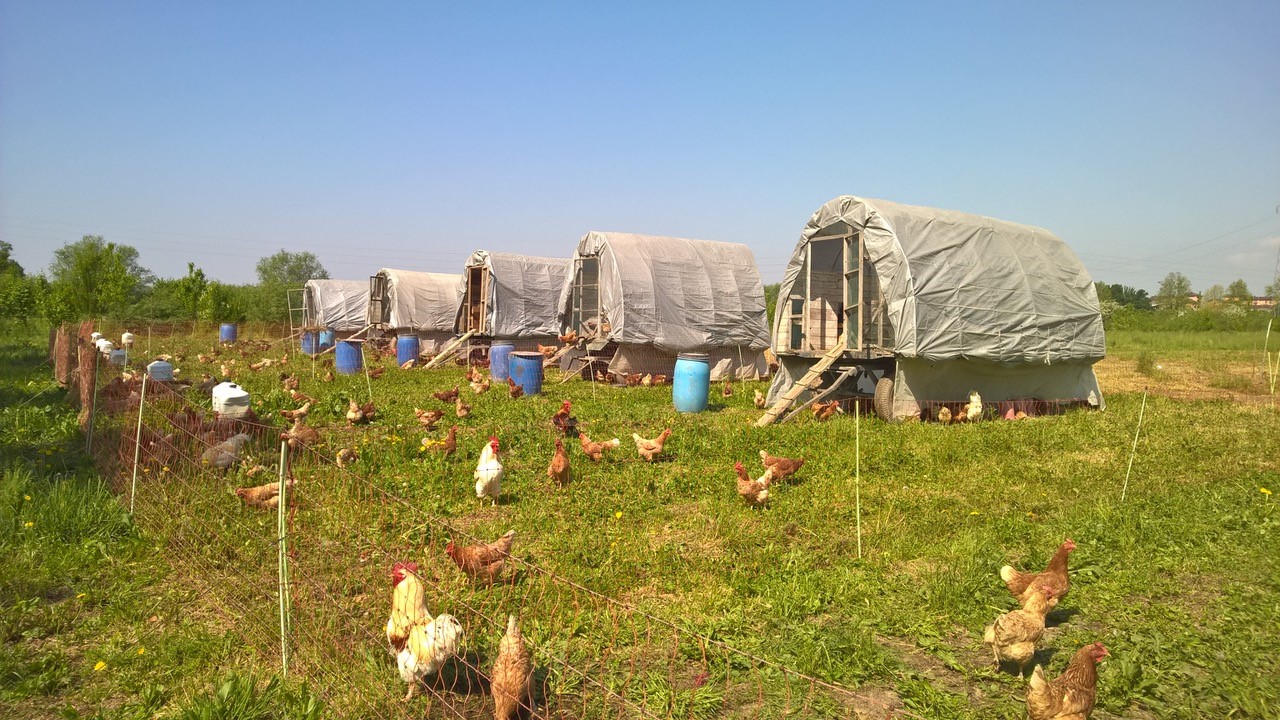 These chickens enjoy organic meals, and their henhouses are on wheels, which means that they can be moved to a different patch of lawn every week. Thanks to this, they always have fresh grass, and are not forced to live in their own waste. “Our chickens only go back to the same lawn after a month and a half, so that the field can rest and be naturally fertilised by transforming the organic substances in the soil. If chickens live outdoors, in a constantly clean environment (ultraviolet rays have strong antibacterial properties), they will not need any antibiotics to prevent diseases, as opposed to the reality of life in battery cages, where chickens are forced to live sorrounded by their own faeces”, continues Irene.

Now, about that tea…

In line with the natural pace of chickens and the balance of nature, Irene and her team know that in winter, when the sunlight is dimmer, hens lay fewer eggs than in spring. “We don’t use artifical lights to try to trick them into having more eggs, instead we bring them hot water every morning to help them through the cold season.”

Cascina Santa Brera’s philosophy is applied to other animals too, such as the varzese breed of cattle (a Slow Food Presidium), pigs, donkeys, and bees. The meat from this farm is 100 % guaranteed. Here the animals are slaughtered at the end of a decent life where they have always been treated like living creatures. For those not convinced by the need to treat animals humanely, everybody knows that happy animals deliver better meat. The eggs from Cascina Santa Brera are always available at the stalls at Milan’s Earth Market, which Irene has never missed since its very first edition.

“I am totally in favor of the End the Cage Age campaign to remove cages from animal farming. This is a real nightmare that we really can put a stop to. Animals suffer just like we do, we have to show more respect to their feelings. We cannot turn our heads and pretend that we don’t see all the cruelty of battery cages and intensive farming. Things can change.”