Archive » Animal cause, capital cause”: which is the best way?

Let us rethink livestock farming systems to make them respectful of the environment, health and, above all, animal welfare.

We are hearing more and more often these days that for the good of animals, the planet and our health, we urgently need to stop eating meat and, indeed, all animal by-products–thereby putting an end to 10,000 years of living with cattle, goats and sheep–and agree to an agriculture without livestock. After ten years of political and media silence, why this sudden mindfulness? And is this conclusion really the right one?

We need to be careful not to let ourselves be deceived by appearances and to try to understand the present state of livestock farming and the new trends that often accompany the development of “clean meat” start-ups–friendly to animals, but also to billionaires. It would appear that, today as in the past, science and industry are preparing a “better world” for us. With laboratory production, in fact, gas emissions would be eliminated, as would the use of antibiotics, wastage of water, land grabbing and much else besides.

But are we sure all this coincides with our desires and represents the solution to the problem?

“In some respects, we’ve moved well beyond factory farming,” explains Jocelyne Porcher at the Institut national de la recherche agronomique (INRA) in France, in her new book, Cause animale, cause du capital. “One of the best strategies for producers of in vitro meat is to abolish farming altogether, arguing that meat can be produced even without animals, without consequences for the health, the planet and the animals themselves. For them, in any type of farm the relationship with the animals is violent, not to mention disastrous for the environment and health, and is hence to be avoided. They use striking images and slogans to win over animalists, vegans and vegetarians in order to push home and impose on the market the idea that there are no alternatives. But this isn’t true. It is possible to free animals from factory farms without turning them out of our lives and production systems. Between factory farms, which massacre them, and meat in vitro laboratories, which cause them to disappear, a different route exists: namely that of rethinking farming so that it is respectful of animals, of nature and the culture they belong to.” 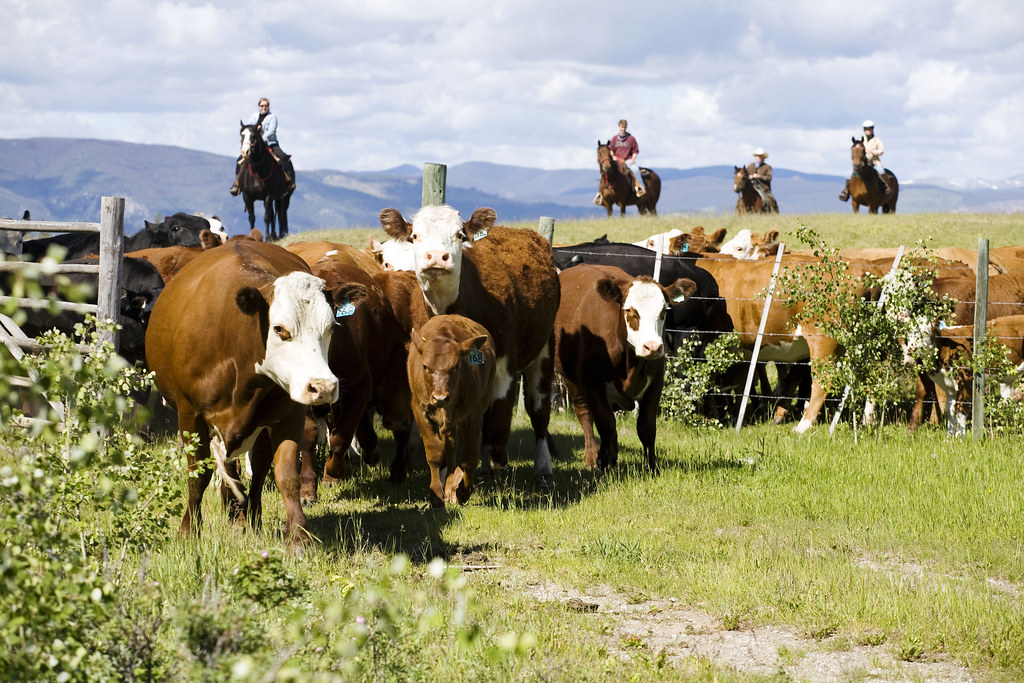 For more than 30 years Slow Food has been at the side of producers in promoting the kind of farming the writer is referring to.

The aim of Slow Food Presidia, which include many livestock breeders and meat and dairy producers, is to valorize native breeds and traditional and artisan products at risk of extinction, accompanying the producers themselves through a process of growth and improvement. For many years, the protocols adopted by all the Presidium producers have envisaged farming methods that meet the natural needs characteristic of individual breeds and respect animal welfare and the environment.

“On a sustainable, respectful farm, we don’t raise animals just to condemn them to death, for their meat and their by-products” writes Porcher in her conclusions. “We bring animals into the world and raise them, above all to let them live happily, if possible with us. Even if our relationship with them is asymmetrical, even if their lives are shorter than ours, even if the aim is ultimately to slaughter them, sustainable farming seeks a harmonious relationship with animals, with the environment and with the planet in general. So the difference between a lab-produced food and an animal by-product is immense and, largely, ontological. An animal is meat at the moment in which it is slaughtered: before that it is a living being with precise faculties. It is relations, emotions and feelings. We have to totally refuse a system without animals, a system that prioritizes and promotes investment funds. The only real solution against violence and exploitation is a farming system respectful of animal welfare. Supporting small-scale farming and its producers means taking a political stand because farming is part of a broader project for a generous, emancipated society. We are worth more than factory farmers and agricultural bankers. We are building a better future for ourselves and for animals. And above all with animals.

So with meat #goslow

It is not only producers who have to alter their approach. Consumers too have a fundamental part to play since, with their choices, they can influence the whole food system.

With the Meat the Change campaign, developed with the patronage of the Ministry of the Environment and Land and Sea Protection, Slow Food is inviting everyone to reflect on the impact of their everyday choices on the planet, and to reduce their consumption without giving up meat altogether. Influencing the food system–the animal farming system in particular–mindfully means eating good meat in small amounts. Sustainable farms ensure quality meat insofar as they place the emphasis on the welfare of animals, leaving them free to move in open fields and feeding them with organic fodder.

Being Slow means having a low impact on the environment: sustainable farms help, in fact, to reduce deforestation, soil exploitation, desertification and greenhouse gas emissions.

It isn’t difficult to change your lifestyle: all you have to do is start … reducing your meat consumption, first and foremost!