Archive » And the #FoodForChange Winners Are…

Slow Food’s challenge to protect the planet and sound the alarm over climate change was taken up by 5,000 people around the world. We would like to thank each and every Slow Food member, activist, cook, farmer, teacher and child who accepted and shared our appeal, demonstrating how together we can and must stop climate change and reduce its impacts, starting from what we put on our plates.

For one week, followers of the snail all over the globe committed to following symbolic actions—actions that if they were to become habits, could make a real difference in the world. These included not wasting so much as a crumb of bread and always saving leftovers; consuming only locally sourced food, ideally produced in an ecologically sound and sustainable way; and choosing a meat-free diet as a way to learn how to reduce meat consumption. While Slow Food does not advocate giving up meat completely, it is impossible to ignore the fact that in the West we eat far too much of it, and the aim of this last challenge was to bring attention to the environmental unsustainability of intensive animal farming, inspiring people to eat less meat and choose meat from sustainable farming systems.

Working with the support of Indaco2, we calculated the emissions avoided thanks to participation in the challenge. The result surprised us all: Together we prevented 63 tonnes CO2 eq of greenhouse gas emissions from entering the atmosphere! That is the same as not driving a car for 175,000 kilometers, (or four laps around the world). Not bad for a week’s work!

As well as spending seven days cooking delicious food with local, seasonal, and sustainable ingredients, or reducing waste to zero, we also asked participants to share their progress on social media in order to raise awareness about the campaign with as many people as possible.

Choosing the winners was not easy, because everyone who took part made such a wonderful effort, and we want to thank all of the participants again. But here are the challenge winners:

Aziza Sakenova is a young teacher in the village of Tokbai, in the province of Chui, Kyrgyzstan. She heard about Slow Food through her country’s Institute for Sustainable Development Strategy program and immediately decided to join our network. She has been active ever since, and came to Terra Madre 2018 as a delegate. She promoted the #FoodForChange campaign to her students and their families with great enthusiasm, and many of them happily participated in the three challenges. During the #FoodForChange week, she got the school cafeteria involved. For seven consecutive days they served a meat-free menu, based on local ingredients, to more than 300 children. At the same time, she also organized a visit to a farmers’ market for the schoolchildren so that they could see where their food was coming from. “We want to change people’s vision, to make them reflect and to ask everyone to reduce their consumption of meat, processed foods and imported products,” says Aziza. “We have everything here in Kyrgyzstan but for some reason people prefer imported, long-life products, often based on fatty meat. In the future we are planning to create a Slow Food community around our school, to plant a food garden and to grow good, clean and fair food for everyone!” What do you think, do we need any more reasons? Or can we invite Aziza to the next edition of Cheese?! We can’t wait to meet her and see what she can teach us! 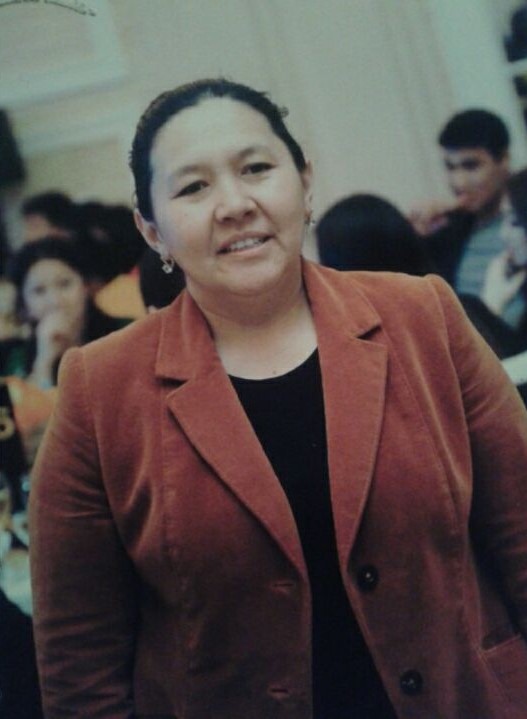 We’re so impressed with the commitment John Kiwagalo of the Ugandan Slow Food Youth Network (SFYN) brought to his participation in the #FoodForChange campaign: In just one week, John went on Ugandan radio to talk about the relationship between food and climate change and spread the message of the #FoodForChange campaign, cooked traditional specialties using local ingredients, spent a whole day with the producers from the Bukunja Climbing Yams Presidium, raised funds to support the campaign, got a local school involved and inspired a group of pupils to write the following poem:

It is time to change the menu, but we need to change our minds first.

We know that everyone needs food,

But we need food which is good clean fair and healthy to everyone,

That means we need food with biodiversity, most especially for the growing children.

We all need food but we don’t need food that is genetically manufactured food,

We have no need of using chemicals in the process of growing food. 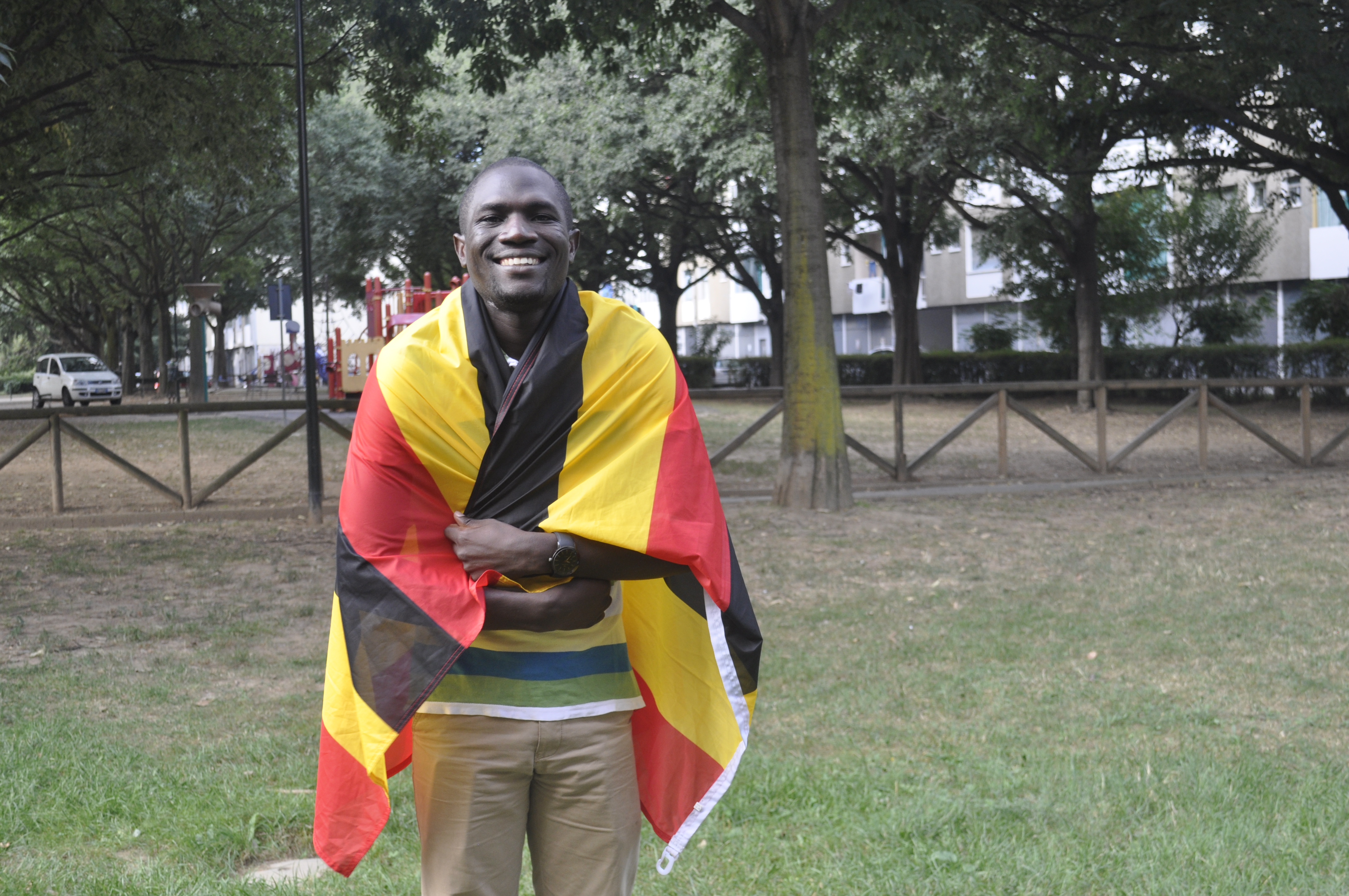 Beatrice Montanari is our third winner, and she’ll be hosted by Slow Food Europe in Brussels. A young activist from the Slow Food Youth Network (SFYN) who is involved in Slow Food Ravenna in Italy, Beatrice works tirelessly to promote Slow Food’s values. Her commitment was clear at the last Terra Madre, and it was clear during the campaign week, when every day she posted a different dish linked to the challenges. Let’s hear directly from her:

“Change depends on us and on our daily decisions about what, how and where to eat. Supporting Slow Food means making culture with food, safeguarding indigenous and traditional knowledge and choosing local food and traditional gastronomy over standardized products. Supporting Slow Food means building relationships with people who put their heart into producing what we eat while respecting the environment.

What will I take from Food for Change? Definitely the desire to continue with our battle for local food, against food waste and for a reduced consumption of meat. I’ve seen how big our community is around the world, I’ve seen SFYN members making food in Rome, Iran, Mexico and Japan, everyone standing up and cooking for the same dream. And this morning I went back to the market because Food for Change doesn’t end today, but will be a constant commitment! Thanks to everyone for this energy you’ve given us! That’s the biggest victory! 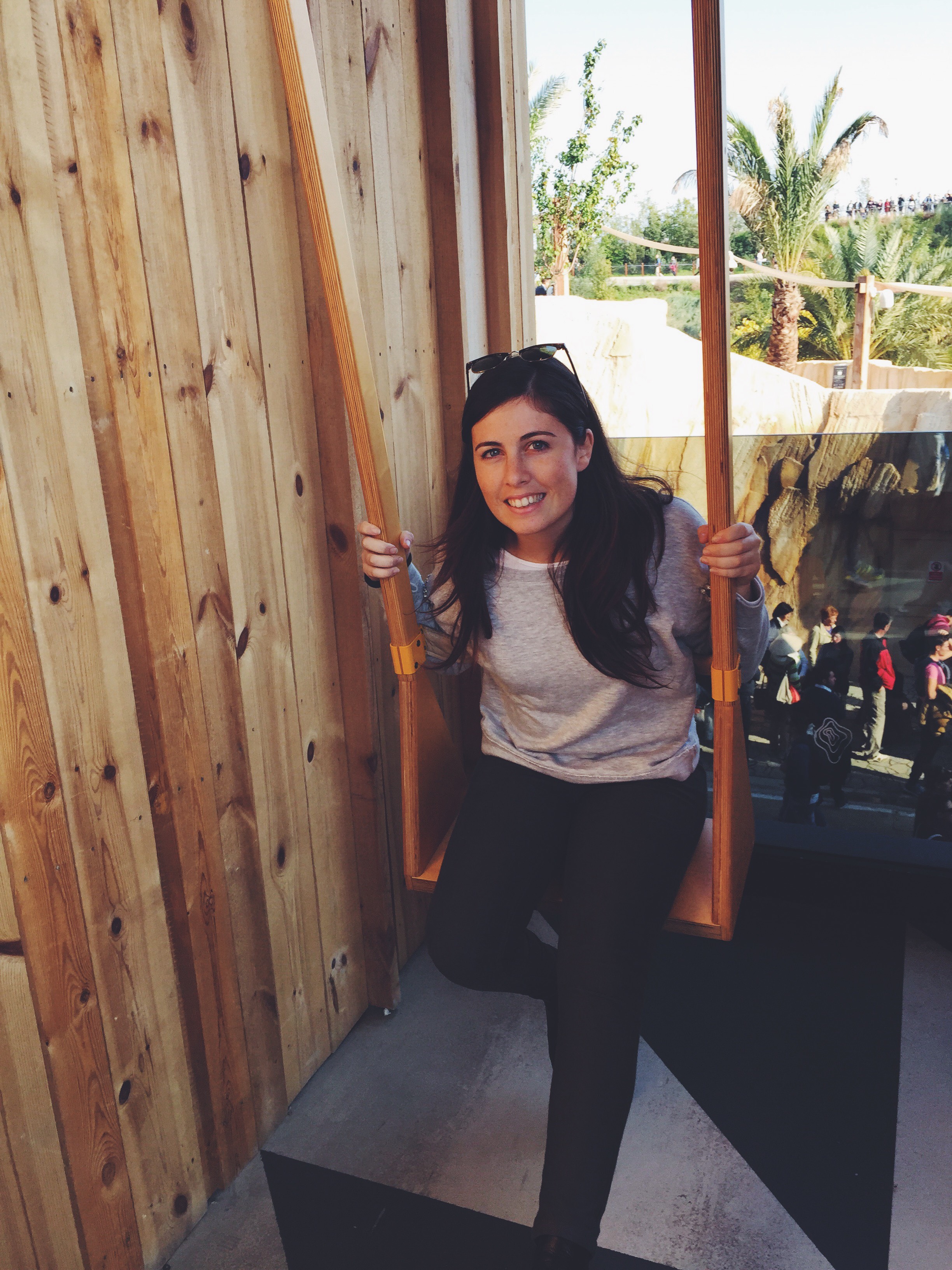 “A trip to Turin in September 2018 radically changed my view of the problems of climate change, and I realized how food directly impacts all of these factors. I’m a teacher and in conjunction with the school we decided to start working with the children. Children are our mirrors. They do what we do, and if we can teach them in the classroom to follow the Slow Food philosophy, then they will carry this understanding with them their whole lives.

We organized a meeting of local village residents, highly respected women and men who have a great influence on the young generations. We served a dinner featuring national dishes based on local ingredients, and we presented Slow Food and its projects. After this, the next step was to visit the local market with the kids. Here the children were able to get to know the producers and their products: fresh, local fruits and vegetables. The final activity was signing up the whole school to a meat-free week. The school administration and the parent committee supported the idea. For one week, the school cafeteria cooked and served dishes with no meat. We noticed this also brought economic savings.

We spent several hours on lessons about Slow Food, and we explained to parents that not everything our children eat is always good. We talked about the dangers of fast food. The children followed the lessons and participated in the activities with great interest.”