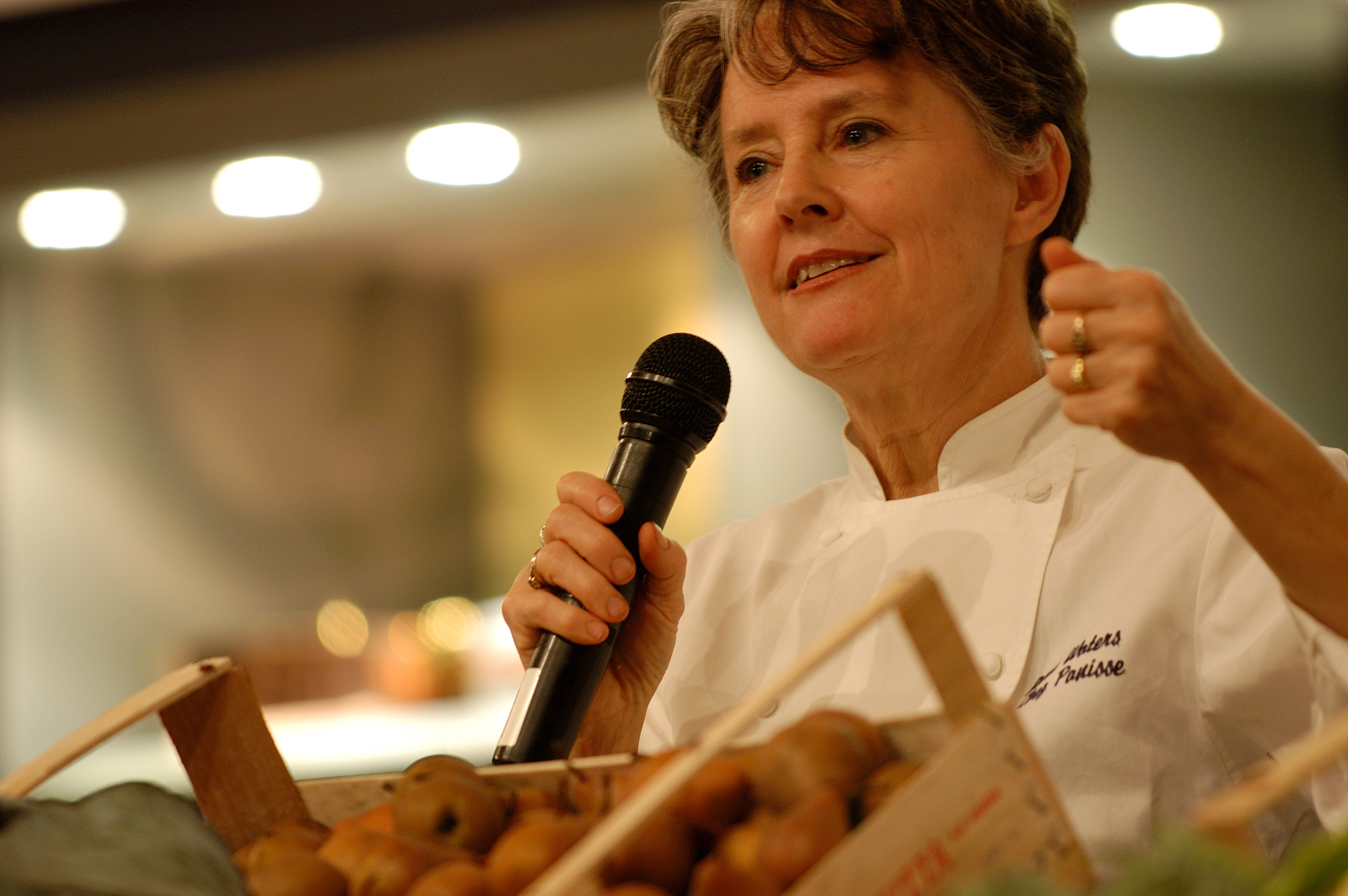 The chef, activist, food intellectual and Slow Food vice-president will be awarded the degree at a ceremony on Friday June 22 in Pollenzo

On Friday June 22, 2018, the University of Gastronomic Sciences will present an honorary degree to Alice Waters.

Waters is one of the most influential figures in world gastronomy and has made a fundamental contribution to the definition of the cultural, ethical and social value of food and cooking, in particular in regards to spreading the culture of organic, seasonal eating and the promotion of food education in schools.

She studied French cultural studies at the University of California, Berkeley, where she took part in cultural and student protest movements in the 1960s like the Free Speech Movement.

Political activism has always underpinned her actions, even when she started to become interested in food.

After lengthy travels in France, where she learned to recognize and appreciate local, fresh, artisanal food, she returned to California where she worked as a teacher. In 1971 she opened her restaurant Chez Panisse in Berkeley, a true pioneering outpost for organic food in the United States.

Her experience in education and her passion for food came together in her most representative project: the Edible Schoolyard, launched in 1995. Waters started with the creation of a teaching food garden in the courtyard of the Martin Luther King Jr. Middle School in Berkeley, then later added a kitchen that used the garden’s produce. The Edible Schoolyard became a educational model, successfully replicated in other cities like Los Angeles and New Orleans in 2009. The campaign to promote food quality politically took off from here: during the Obama administration, Waters successfully proposed the planting of an organic food garden at the White House.

As well as being universally famous as the chef-owner of Chez Panisse, Waters’s importance goes well beyond her contribution as a restaurateur in the narrow sense.

As well as giving a voice to women’s culinary culture in a world dominated by male chefs, Waters was also one of the first to understand the educational importance of food as a tool for teaching younger generations, particularly in disadvantaged areas. She has brought food as a political issue to the tables of the world’s most powerful people, demonstrating just how much eating is a political act and how food can be a powerful catalyst for social justice and positive change.

She has supported the Slow Food movement for many years, internationally and at a national level together with Slow Food Usa, promoting food education activities during Slow Food Nations, an event that every year in July animates the city of Denver.

In 1992, she became the first woman to receive the James Beard Foundation Award for best American chef. Vice-president of Slow Food since 2002 and member of the Slow Food Executive Committee, she was elected to the American Academy of Arts and Sciences in 2007, received the French Legion of Honor in 2010 and the National Humanities Medal in 2015 from President Barack Obama.

The University of Gastronomic Sciences has chosen to award Alice Waters with an honorary degree; she is a figure with a high cultural and scientific profile whose work is entirely in harmony with the philosophical and educational model on which the university is based.