Two opposed worldviews, two different ideas of the future and of development, are currently at loggerheads in Africa. In many countries the GDP is growing fast thanks to oil and gas exports. In their capitals, buildings are sprouting like mushrooms and countless Chinese firms are building roads, highways, ports and houses. Over the last few years, China has implemented a continent-wide strategy without historical precedent, exporting goods, technology, capital and people. Now over a million Chinese citizens live in Africa, and Beijing has established stable official relations with over 50 African states.

The thrust of modernity

African governments are banking on modernity, which for most of them means new technologies, increased agricultural yields and agreements with foreign countries to give up millions of hectares of land in exchange for infrastructure.

Every day capitals gobble up whole swathes of countryside, transforming them without prior planning into two-headed monsters: on the one hand some of the richest, most expensive neighborhoods in the world, on the other shanty towns that stretch as far as the eye can see, devoid of essential services and home to whole communities of fugitives from rural villages. Demographic increase has now reached astonishing levels. From 1960 to 2010, the population of Africa rose from 280 million to more than a billion. According to UN forecasts, in 2050 it will have more than doubled (2.4 billion) and by the end of the century it will have grown fourfold (4.2 billion).

As the elite few nouveaux riches get wealthier and wealthier, so the number of people suffering from hunger is rising too, from 175 million to 240 million in the last 25 years. All of which makes the continent a breeding ground for recruits to the extremist groups—Boko Haram in Nigeria, Al Shabab in Somalia, Isis in Egypt and Libya, Al Qaeda in Niger and Mali—which are proliferating across the continent. 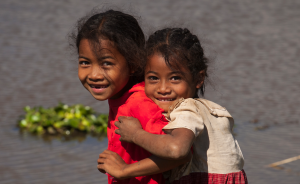 A laboratory of ideas for the future

But Africa is also a laboratory of ideas for a different future. There are communities that are starting from scratch in their local areas, and young people full of energy and creativity who are combining traditional skills with new technologies to protect the environment and raise the profile of local products, turning them into tools of social and economic redemption. Young people are studying, graduating, attending master programs (often overseas), then returning to their villages to accompany their communities.

This is the reality that we are trying to tune into with our projects at Slow Food: from 10,000 Gardens in Africa to our 30 Presidia in Africa to the networks of chefs promoting producers (the Slow Food Chefs’ Alliance in Morocco). In Africa our activities are multiplying month by month and, as new gardens and Presidia spring up, and as the number of food products on the Ark of Taste increases (from 100 to over 200 in one year), we are also putting a lot of effort into improving, reinforcing and developing existing projects.

One example is the work we have done in Mauritania, a vast country consisting mainly of desert, but with a 700-kilometer coastline looking onto one of the world’s best seas for fishing. In 2006, the government sold the European Union its fishing rights in exchange for a reduction of its public debt. It was a senseless decision and it compromised 50% of mullet stocks. It was in this dismal context that a Slow Food Presidium attempted to save what was left of small-scale coastal fishing by backing a product processed by women: mullet botargo, or roe.

The project got off the ground precisely in 2006 in conjunction with Mauritanie2000, an NGO with more than 200 female members. Since then a situation that was precarious in terms of hygiene alone has been transformed into a professional supply chain, with up-to-standard workshops producing and packaging high-quality roe for the local and international market. All this extraordinary progress has been made possible thanks to the collaboration of the producers and technicians of the Slow Food Orbetello Botargo Presidium in Italy, who travelled to see the situation firsthand in Mauritania, hosted some of the women involved in their native Tuscany, and worked with them elbow-to-elbow for a few weeks.

But one ingredient was missing to make the chain complete: salt. Previously it had to be bought in from Spain because the local product, gathered in dire hygienic conditions, was unusable. Then other top-notch producers, the salt workers of Guérande in France, got involved and became partners of the Presidium through their Univers-Sel foundation. In 2014 the European Union began funding a project (Sa.Sal.No, Saliculture solaire à Nouadhibou) to produce superior sea salt in situ. Storage tanks were built in the Baie de l’Etoile, north of the port of Nouadhibou and soon to become a protected marine area, and 50 producers, mostly women, attended training courses (in Mauritania, but also in Guerande, in France).

A production manual set down the rules for achieving a top-quality, clean, pure product. The salt is extracted from underground seawater that filters to the surface and crystallizes in the sun and the wind, and is gathered by hand from July to November. The result is unbleached whole salt with a texture similar to that of fleur du sel and a flavor that is strong but also slightly sweet without acidic or bitter notes. It is not only ideal as an ingredient for the Presidium’s mullet botargo, but also in its own right for sale on the Mauritanian domestic market.