Archive » A Taste of Honey: Beekeepers in Ukraine soldier on 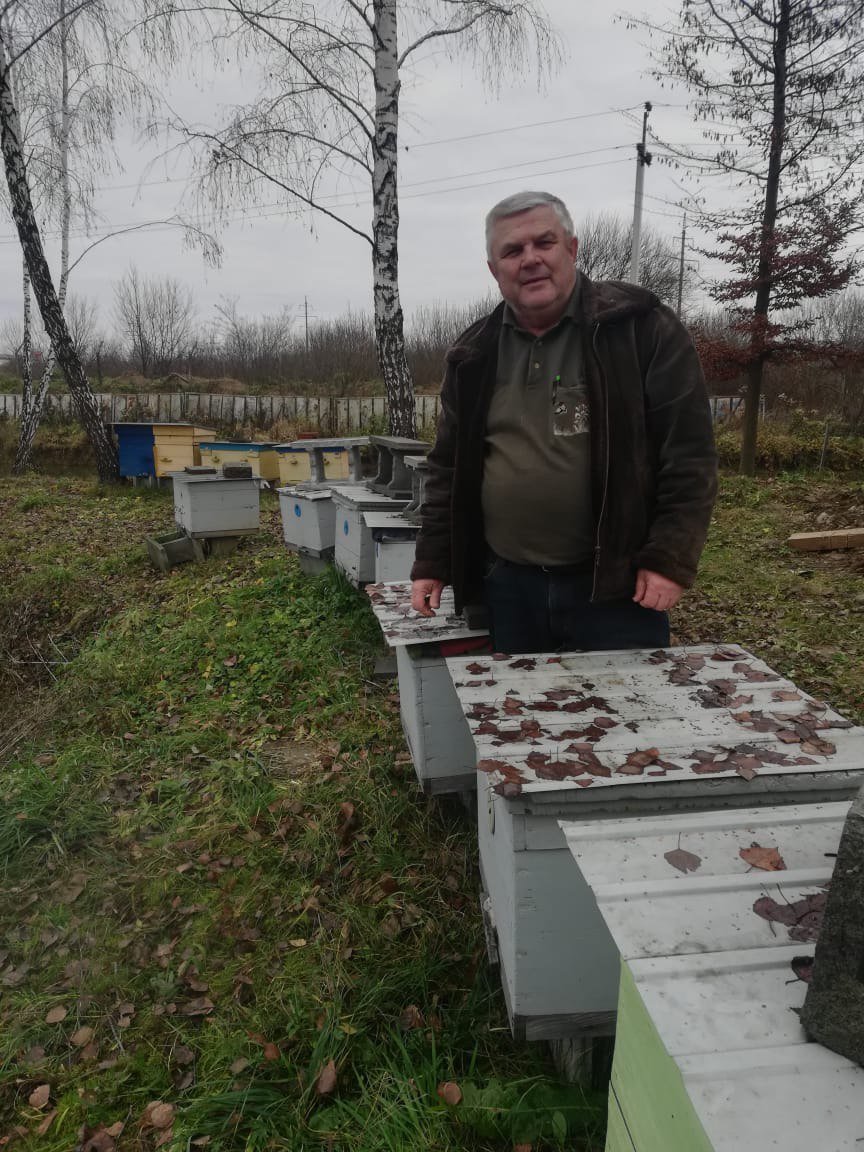 I was raised in Khust, the capital of the Ukrainian Carpathians, in the west of the country, the oldest of six children in my family. My family kept bees as a secondary source of income, though they were my father’s responsibility. Then, when I was 10 years old, my father was fired from his primary job by the Communist authorities because of his religious beliefs. In order to find work he was forced to move to the other side of the Soviet Union, in Kazakhstan. Before he left, he told me: “You are responsible for the family now, and for the bees.”

And so it was that, while I was still a child, I became a dedicated beekeeper, a job I’ve continued ever since. Times have changed a lot since those days of course, when my father was a victim of government persecution: 45 years later, when I was 55 years later, I was made an “Honorary Beekeeper of Ukraine”, receiving an award from President of the Union of Ukrainian Beekeepers, Volodymyr Stretovych, one of the writers of Ukraine’s modern, post-independence Constitution. This was a great honor for me, of course, and it was made possible by the path Ukraine had taken during my lifetime, i.e. away from dictatorship and towards democracy.

Like my father, I could not feed my family with the income from honey alone, so after I finished the 8th grade of school, I became a construction site painter. But nonetheless I was able to expand our family beekeeping operation; when the war started we had 50 beehives. Now, almost a year after the invasion, we are down to 30 hives, because we cannot afford to maintain any more. We need sugar, fodder, medical preparation, beeswax, but my pension is not enough to cover these costs.

I have three children and five grandchildren, and my wife is disabled, having recently undergone surgery. My son servers as an artilleryman of the Ukrainian Armed Forces, my daughters are teachers. My son was my right hand at the apiary, and it’s difficult to continue without him: gathering the swarms of bees, repairing a hive, whatever task needed doing: he was capable of doing it all by himself, but war takes away the best. We had another beekeeper who worked with us too, before the war, a 28 year old man called Andrij Pavluk. He was killed in action just a few weeks ago. He had his life whole life ahead of him, and it has been taken away for nothing.

There are not many professional beekeepers in Ukrainian Carpathia, and only a few that we could consider producers of marketable honey.

They are mostly amateurs and hobbyists; this is partly because of the climatic conditions. There are not as many honey-bearing trees as there used to be. A honey-bearing tree is one that can supply bees with all their food needs, like an acacia, birch, pine or spruce. A trek to take one’s bees 100 or 200km off road into the mountains to find adequate food is costly, and dangerous. Even before the war, there was the threat of violence for beehives in this region, especially in the mountains, where bears are known to destroy beehives.

I first learned about Slow Food through Olena Motuzenko, a Professor at the National University of Kyiv who was appointed by the Ukrainian government program the coordination of solidarity initiatives in Italian universities. It was through this connection that I was able to come to Terra Madre 2022 in Turin, Italy, as part of the Ukrainian delegation. I was really satisfied with the communication with the people I met there, and with Slow Food. They showed they had the most precious qualities: hope, optimism, and belief in victory. Our joy and sadness were combined, and we built a unique bond there together.

I have received financial assistance from the Slow Food campaign for Ukraine too, and I consider this like a gift from the Almighty, a true blessing, as I am pensioner on the minimum state pension, which is just 600 UAH (around €15).

I am working for free, both as head the regional union of beekeepers, and as the deputy of the regional Agrarian Chamber, a public role without a salary. I am also the chairman of a charitable organization called “Nazareth”, again on a voluntary basis. Since the war started we have been working to organize humanitarian assistance for displaced people, as well as to our men and women at the front, and their families. This money that we have received from Slow Food is vital, both to deliver humanitarian aid to people in need, and to preserve these native Carpathian bees and their ecosystem. It’s all part of a spiritual, moral outlook that we promote: to do things not because they are profitable, but because they are good. So we kindly take with one hand, and give back with the other, to create harmony.